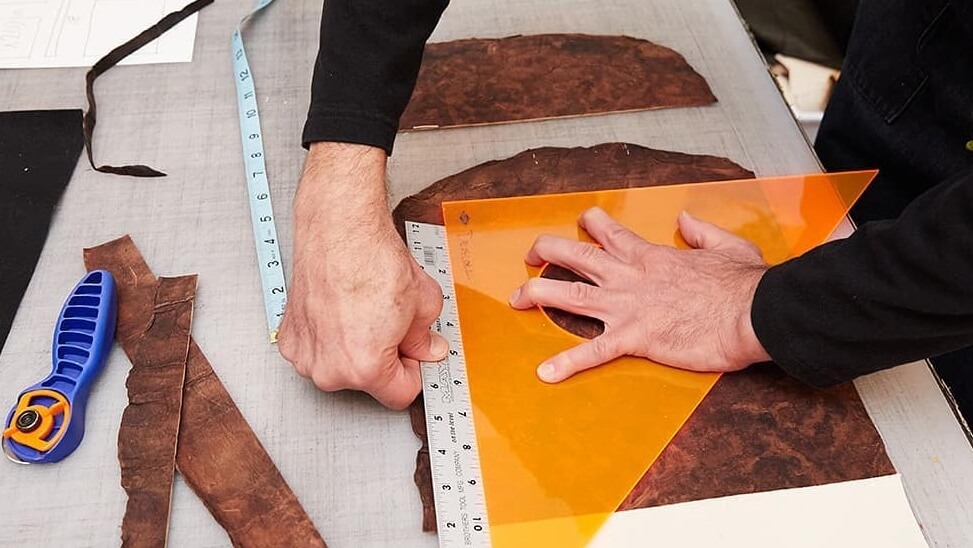 California-based Bolt Threads, the makers of cruelty-free MicroSilk®, is launching a commercially available vegan leather made from mushrooms. The material, called Mylo™, uses mycelium, the root structure of mushrooms which, in the wild, grow under the forest floor as tiny threads forming a vast woven network.

Ecovative, a biomaterials company in New York that creates eco packaging for homewares brand IKEA, had already been growing mycelium to use as a packing material. Bolt Threads partnered with Ecovative to adapt its process for large-scale textile production and expects to offer consumer goods made from Mylo™ in 2019.

To create Mylo™, mycelium cells are grown in beds of cornstalks with nutrients added and closely controlled humidity and temperature. In just ten days, the cells grow into a 3-D woven network. The network is then compressed, tanned, and dyed, resulting in a soft, supple, abrasion-resistant material that cuts well and doesn’t fray – and doesn’t involve land erosion, methane emissions, or other issues associated with raising livestock.

The Mylo Driver Bag from Bolt Projects is here! Back the Bag, link in bio.

A growing recognition of the negative environmental impact caused by leather production along with consumer demand has led even companies that have historically used animal products to turn to sustainable plant-based alternatives. In May, Hugo Boss released a men’s shoe collection made from pineapple leather. And Italian shoe giant, Salvatore Ferragamo recently announced plans to use fabrics made from citrus industry byproducts.

Bolt Threads made headlines last year with Microsilk®, a manmade material that mimics spider silk and can be sustainably produced on a large scale. Like spider silk, Bolt Thread’s bioengineered silk has high-tensile strength, elasticity, durability, and softness, but doesn’t involve any insects in its production. The company first released its Microsilk® to the public with a limited edition of knit ties.

Cruelty-free fashion designer Stella McCartney soon partnered with the start-up to bring MicroSilk® into the world of high fashion. Last year, a prototype shift dress she designed using the manmade silk was included in the exhibition “Items: Is Fashion Modern?” at the Museum of Modern Art in New York City.

McCartney collaborated with Bolt Threads again this year, designing a handbag using Mylo™. The mushroom-based creation is currently on view at the Victoria and Albert Museum’s exhibition, “Fashioned from Nature,” through January 27, 2019.