BOSH!, the plant-based food duo best known for their quick, yet mouthwatering vegan recipe videos on Facebook have now stepped up their food repertoire by releasing a cookbook, now available for pre-order.

The book has yet to make its shelf debut but is already sitting at Amazon’s number 10 spot on the overall chart, the number one spot on the ‘all hot new releases’ page and the current sixth best-selling item of the food and drink category. The overwhelming success is significantly credited to big-name celebrities promoting the BOSH! brand and the founding pair appearing on several major media outlets within the last month and a half. 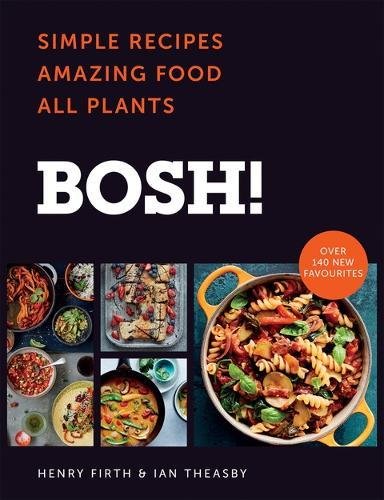 The cookbook, named ‘BOSH!: Simple Recipes. Amazing Food. All Plants.’ is set to hit the UK market on the 19th of April, with a US debut soon after. Ian Theasby and Henry Firth, the men behind BOSH!, have co-authored the book which includes over 140 recipes from everyday breakfasts, crowd-pleasers, hearty dinner dishes, mouth-watering desserts and a selection of cocktails.

According to the book description, the recipes are “all easy enough to be rustled up any night of the week” and “enough to convince the staunchest of carnivores to give plants a whirl.” The easy-to-follow book is designed to help people who are already vegan and vegetarian include new meals into their diet, and act as a great starting point for people just looking to reduce their intake of meat, fish, dairy, eggs.