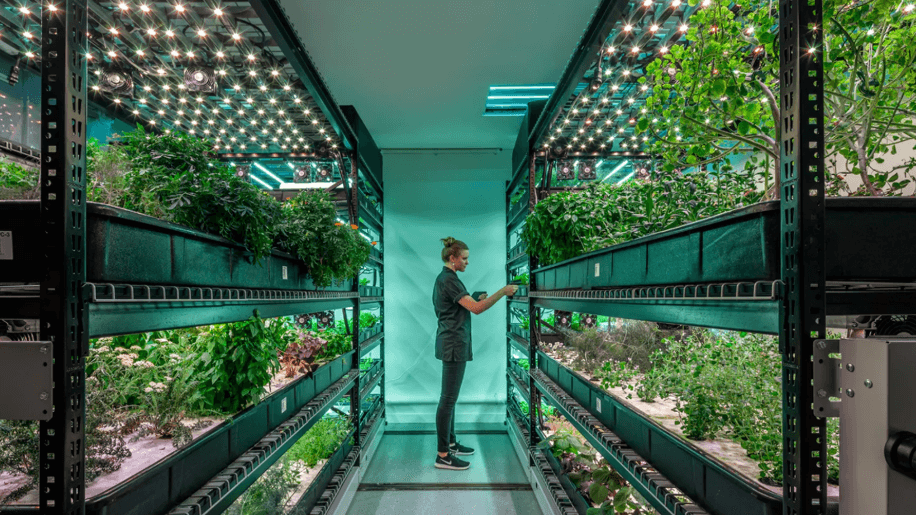 Vertical farming company Bowery has closed a $90 million fundraising round, allowing it to grow even more veggies. Google Ventures led the round, which was also participated in by Uber CEO Dara Khosrowshahi.

According to Venture Beat, First Round Capital, General Catalyst, GGV Capital, and Temasek also participated in the round, which follows the $27.5 million the business raised in June; the total amount raised by Bowery now stands at $117.5 million.

Founded in 2017, Bowery intends to revolutionize the agriculture industry. The company currently has two farms in Kearny, New Jersey – just outside NYC – but thanks to the new funding, in 2019, it plans to open two more, in cities that are currently unnamed. It also hopes to advance company tech and innovation with the funding.

According to Bowery, indoor farms provide a solution to impending water scarcity and don’t require the use of harmful pesticides. The farms are unaffected by the weather or season changes, and they allow scientists to closely monitor the crop-growing process, enabling them to give the plants no more than exactly what they need. Bowery currently grows crops such as baby kale, arugula, and butterhead lettuce and supplies them to vegan-friendly restaurant chain Sweetgreen and Whole Foods stores.

95% less ? and 100x more ? = a smarter way to grow ? Did you know that agriculture is the largest consumer of freshwater resources in the world? It’s time to grow more with less resources, which is why we use 95% less water than traditional agriculture (and we’re 100x more productive on the same footprint of land). Now that sounds pretty refreshing. ? #accountability #waterusage #savewater #verticalfarming #agriculture #knowyourfood #foodtech #localfood #indoorfarming #urbanfarming #hydroponics #ledlights

Speaking to Fortune earlier this year, Bowery’s CEO Irving Fain said, “We’re growing post-organic produce, it’s the next evolution. It’s a better product for us and better way of growing and less destructive to the earth, we’re using technology to grow the purest food possible.”

He continued, “At Bowery, we’re re-thinking what agriculture looks like in a world where water is scarce, people live in cities, and we’re waking up to the dangers of pesticides and other chemicals.”

As populations rise around the world and climate change looms, the need for indoor farming facilities is growing. Companies are striving to minimize their carbon footprint by purchasing sustainable produce from farms that are close by.

Bowery isn’t alone in satisfying this demand, indoor farming company Farm.One – based underneath a New York Michelin-starred restaurant – delivers its produce to the best eateries in the city via bike or subway.