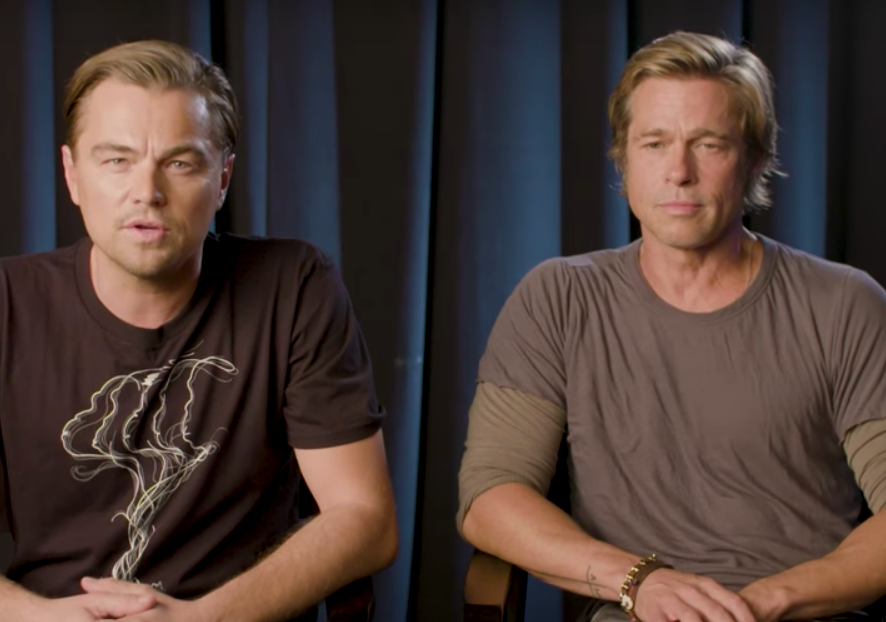 Actors Brad Pitt and Leonardo DiCaprio don’t just have chemistry on-screen — the two seem to share a synergy when it comes to voting, too. In a video PSA for Get Out the Vote, the stars of the forthcoming Quentin Tarantino release, “Once Upon a Time In Hollywood,” encouraged their fans to visit the polls next week and cast their votes in the midterm elections.

“Elections don’t just matter when voting for President,” DiCaprio said. “This election might be the most consequential of our lifetime. So much is at stake, from gun safety laws to immigration policy, clean water and air, and whether or not millions of people have access to health care.”

DiCaprio has been outspoken in his support of causes including climate change, wildlife conservation, and reducing meat consumption. The actor has invested in vegan companies including Beyond Meat and Hippeas.

Pitt has supported a number of humanitarian causes including the ONE Campaign aimed at combating AIDS and poverty in the developing world, he’s contributed to hurricane and disaster relief efforts, and is one of the founders of Not On Our Watch, a humanitarian organization.

After the actors’ introduction, the video featured a plug for various initiatives they support, including California’s Prop 12, better known as the Prevent Cruelty California Act. It aims at improving animal welfare by such measures as expanding space for farm animals raised in the state. It would also require any animal products imported to California from other states to adhere to those requirements. If it passes, Prop 12 will be the most progressive animal rights legislation in the United States.

A number of other critical issues around the country are also depending on voters to tip key races.

“All of these races and ballot measures are a chance to decide on the direction of our country,” noted DiCaprio. “Right now, people are turning up out in record numbers for early voting. But that’s not enough.”

“We urge you to go to the polls by November 6th and make your voice heard,” said Pitt. “But please don’t stop there. Between now and election day, there’s so much you can do to encourage voter turnout, from texting and phone banking, to knocking on doors.”

DiCaprio and Pitt aren’t the only celebs to get involved in the midterm elections. Ellen DeGeneres has thrown her support behind Prop 12 recently, saying in a Tweet,“Hey, California! If there’s two things I love, it’s animals and kindness. That’s why I love Prop 12.” She encouraged her followers to vote “#YesOn12!”

Oprah Winfrey was also seen canvassing door-to-door in Georgia, where voter suppression is expected to play a significant role in the governor’s race. Stacey Abrams, the first Black woman in the U.S. to be a major party’s nominee for governor, is running against Brian Kemp who has worked to purge voters from the state’s system if they fail to vote consistently.

“We have seen rhetoric designed to divide us,” the former president said. “In four days, you can be a check on that kind of behavior,” said Obama, urging the crowd to choose a more generous vision of America, “where love and hope conquer hate.”