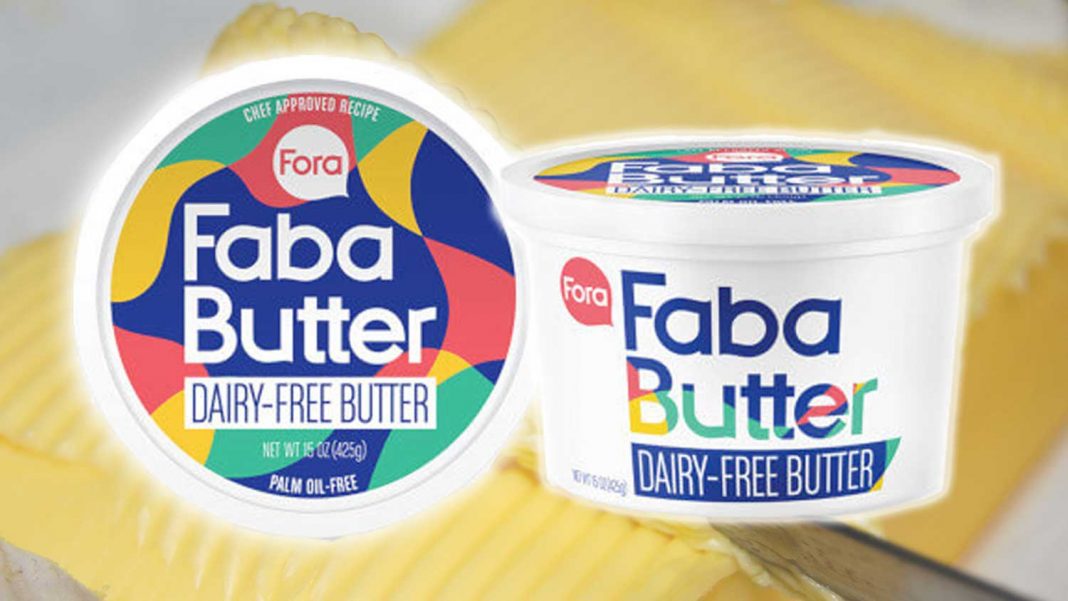 Fora Foods, the brand that creates vegan spread out of aquafaba — the brine left over from cooked or canned chickpeas — is launching its plant-based Faba Butter across the U.S.

The chef-approved product, which is said to taste and function just like dairy-based butter, is set to launch first in Eataly stores across the country, according to Vegconomist.

Andrew McClure and Aidan Altman, both based in Brooklyn, dreamed up Fora Foods after they recognized the wasted aquafaba created during hummus production.

This gel-like “bean juice” knows no end to versatility – although when making hummus, it is simply unnecessary and gets thrown away. So, back in 2017, McClure and Altman decided to turn the brine into an innovative, usable, and vegan-friendly spread, according to Food Navigator.

He added that Faba Butter also cooks, spreads, bakes, and melts like butter. After working with vegan chefs, the duo was even told their product is the most functional butter alternative on the market. Altman said, “you can make perfectly airy crisp croissants where other butter alternatives fall short. It means consumers don’t have to compromise.”

“Aquafaba is a great clean label, natural emulsifier,” he added. “But from a sensory perspective, it also adds a depth of flavor, which allows us to mimic that of grass-fed dairy butter.”

He also explained that the plant-based butter is more sustainable than its dairy-based counterpart. The dairy industry has come under fire for its impact on the environment. Last year, the biggest ever food production analysis recommended that consumers switch to a plant-based diet to prevent dangerous levels of climate change.

Altman explained, “dairy butter uses so much land, water, food…we aim to create a sustainable choice with no concessions on flavor or functionality.”

Faba Butter is now available in U.S. Eataly stores for $7.49.