Updated May 21, 2019. A new Brazilian startup is using artificial intelligence to create vegan burgers. The plant-based meat is now available in São Paulo.

The vegan burger was created by food tech startup Fazenda Futuro, which translates to “Future Farm.” Founder and CEO of the company Marcos Leta set up the business following visits to the U.S. where Leta learned from companies like Beyond Meat.

Called the Futuro Burger, the dish was developed by Leta in collaboration with The Good Food Institute, a nonprofit organization that promotes the advancement of plant-based food.

The first product to be released by the company, the burger is made from pea, soy, and chickpea protein. Similar to the Beyond Burger, beetroot juice provides the look of a medium-rare patty, reports Startse. The Futuro Burger has the taste, texture, and smell of meat and is nutritionally equal to a conventional beef burger. Eventually, Leta hopes to make his animal-free burger cheaper than meat.

The patty has just joined the menu at the Lanchonete da Cidade in São Paulo. At the eatery, the patty is served in a sandwich with organic lettuce and tomato as well as vegan cheese and mayonnaise, Consumidor Moderno reports. 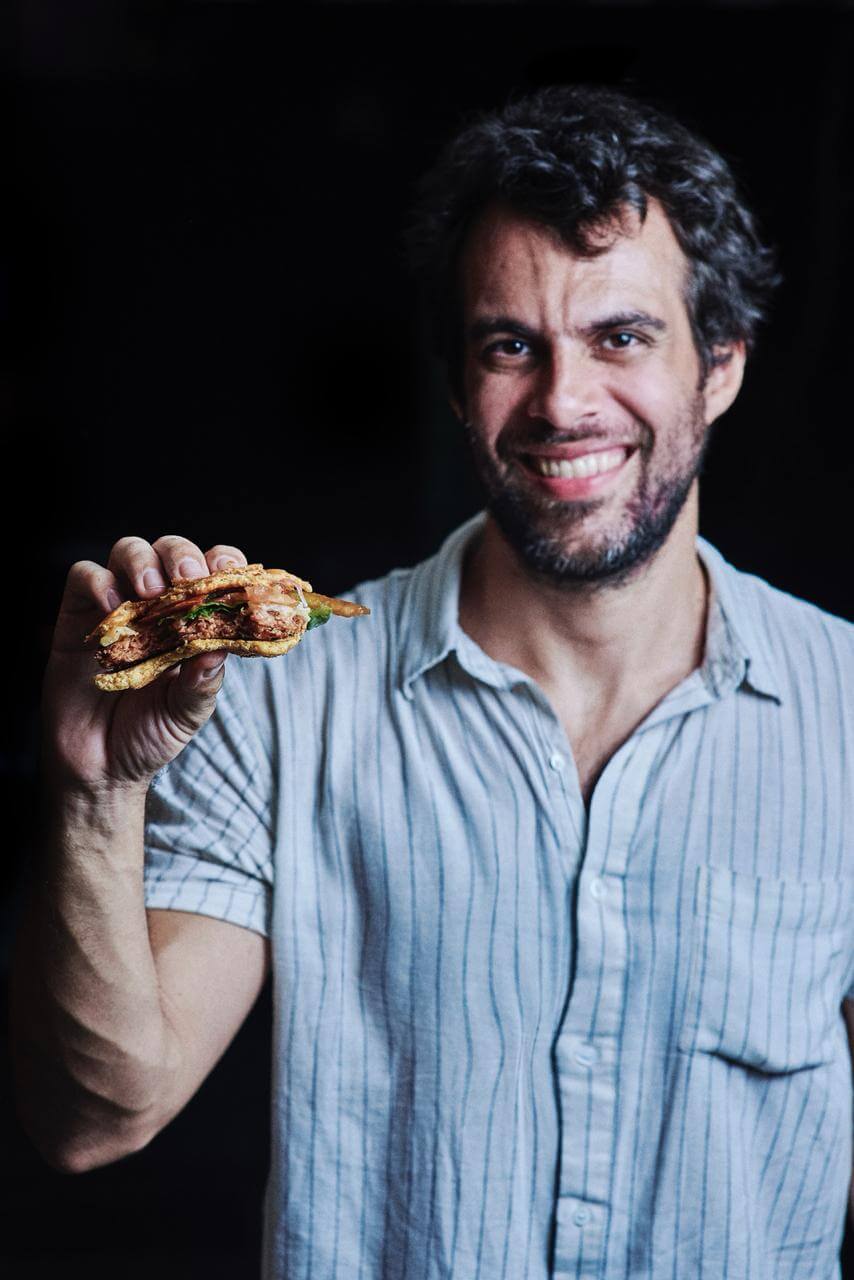 The Rise of Plant-Based Meat

The Futuro Burger marks a growing change in Brazilians’ attitudes towards meat. The country is the world’s second largest producer of beef, according to the Brazilian Times. However, more people than ever are choosing plant-based food over animal products.

According to Consumidor Moderno, 14 percent of Brazilians in Generation Z are vegetarian, accounting for more than 22 million people. The publication added that between 2012 and 2018, there was a surge of people ditching meat, with figures rising from 8 percent to 12 percent. Concern about animal welfare and the environment were behind the change.

The state of the planet inspired Leta to develop his plant-based burger. He said about the product, “we want to show that it is possible to revolutionize the food industry without causing a negative impact on the environment.”

There are multiple environmental benefits of reducing meat production, especially for Brazil. Meat companies regularly raze large sections of the Amazon rainforest in order to increase grazing land and feed-crop fields. According to Greenpeace, “Cattle ranching is now the biggest cause of deforestation in the Amazon, and nearly 80 percent of deforested areas in Brazil are now used for pasture.”

Plant-based meat has a significantly lower impact on the planet. The University of Michigan conducted a study of the lifecycle of a Beyond Burger, finding that the vegan patty requires 93 percent less land, uses 99 percent less water, and generates 90 percent fewer greenhouse gas emissions than an animal-based burger.