The new “Breaking Bad” pop-up will be interactive and based around set re-creations from all five seasons of the show. Vince Gilligan’s critically acclaimed and Emmy award-winning crime drama stars Bryan Cranston as Walter White; a terminally ill chemistry teacher who spirals into a life of crime when he begins cooking meth. The launch of the “Breaking Bad Experience” coincides with last week’s Netflix release of Gilligan’s “El Camino: A Breaking Bad Movie.”

The new pop-up will include a menu of themed entrees, sides, and desserts, including vegan dishes. Plant-based customers can order Beyond Meat sliders without cheese on a bed of mixed greens with vegan mayo. The menu also includes a large vegan adaptable salad and customizable ice cream sundae for dessert. There will also be a do-it-yourself-menu of chemically reactive cocktails and mocktails that customers prepare themselves.

While “Breaking Bad” focused on Cranston’s character Walt, “El Camino” shows us what happened to Aaron Paul’s character Jesse after the conclusion of the show. Another spin-off, “Better Call Saul” (2015 – present) focuses on lawyer Jimmy McGill — played by Bob Odenkirk — and serves as a prequel to the show. 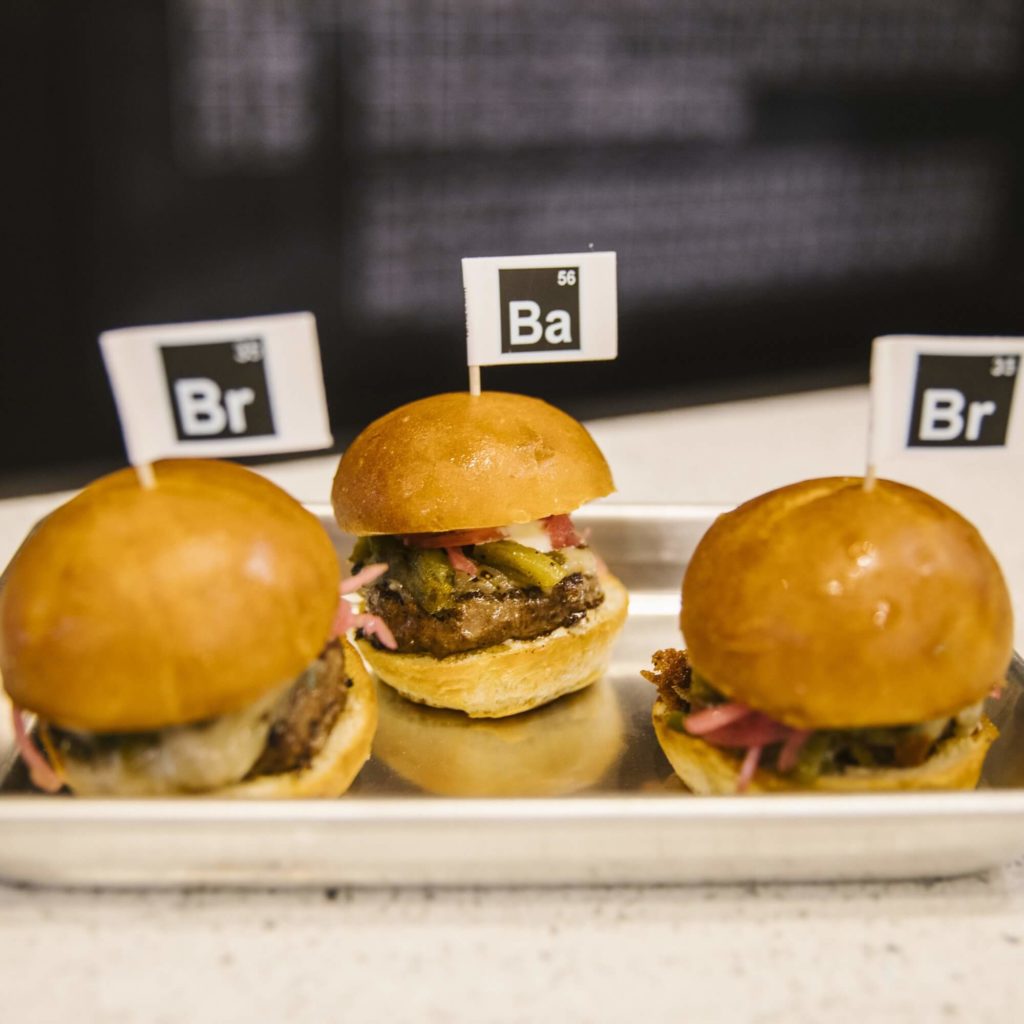 Heisenburger Sliders are available with Beyond Meat ¦ Photograph by Nathanial Wood

Universal Studios in Orlando, Florida added vegan options to menus in seven of its restaurants earlier this year. These include items by Impossible Foods, Beyond Meat, Gardein, and Follow Your Heart.

Disney announced that it will offer more than 400 vegan dishes at its theme parks and resorts. Restaurants at Walt Disney World in Orlando, Disneyland in Anaheim, and other theme parks will serve vegan menu items.

“The Breaking Bad Experience” opens on October 16th and can be found at 7100 Santa Monica Blvd. in West Hollywood.