BrewDog is opening its first vegan pub. The multinational brewery chain is turning its Dalston bar in London into a 100 percent plant-based establishment.

The company is partnering with Biff’s Jack Shack — local vegan junk food specialists — to add new burgers, wings, and crispy fried jackfruit to the menu. Biff’s focus is on “ultimate meat-like“ dishes. It even uses sugarcane as bone in its signature wings.

“We’re hell-bent on making the world’s filthiest, most indulgent vegan junk food out of one of the world’s weirdest fruit,” says Biff’s on its website. “We are on a mission to create innovative, playful and exciting food for plant-based folk and meat-eaters alike that smashes preconceptions of what fruit can be.” 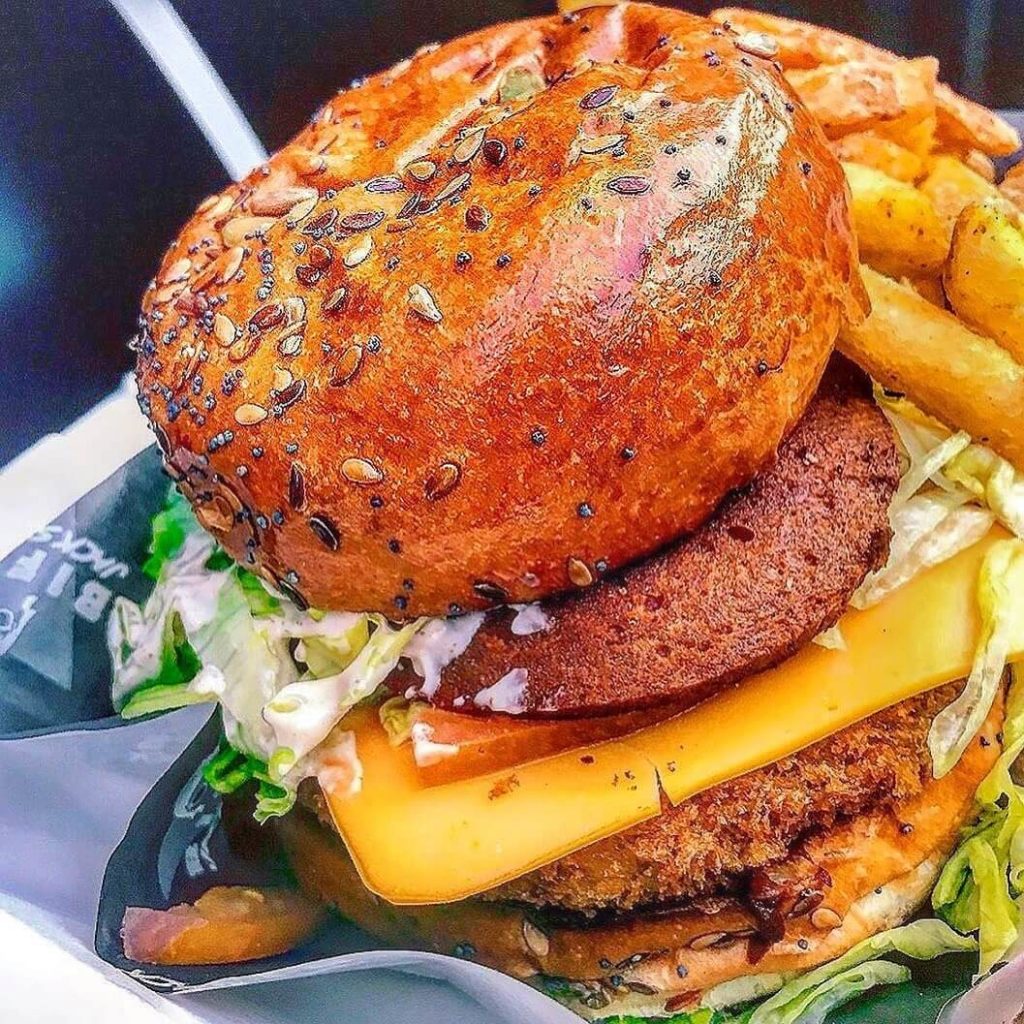 BrewDog will serve all-vegan food at its Dalston pub. | @biffsjackshack

BrewDog serves vegan options at all of its bars and 95 percent of its beer is vegan. Many alcohol producers still use animal products in their beverages. Isinglass, gelatine produced from fish swim bladders, is a common ingredient in alcohol.

“Over 50 percent of our kickass food menu is plant-based. So, whether you’re vegetarian or vegan, there’ll be a food option for you to enjoy, alongside a great craft beer,” says BrewDog.

The chain offers 2-for-1 on all vegan and vegetarian mains on Mondays, including Southern-fried BBQ seitan burgers, buffalo cauliflower burgers, and Beyond Meat burgers.

BrewDog has just announced that it will introduce the “Hybrid Burger,” which contains 50 percent Beyond Meat and 50 percent beef patty. This is intended to encourage meat-eaters to reduce their consumption of animal products.

One enthusiastic customer commented online: “I am trying to reduce my red meat and dairy intake… this burger would be ideal!”

Flexitarianism is increasingly popular as many consumers try to cut down on meat without removing it entirely. Meat-free Mondays — the inspiration for BrewDog’s 2-for-1 deal — and campaigns like Veganuary have been instrumental in this movement. Flexitarians are now the primary drivers of the vegan food boom.

BrewDog Dalston will be 100 percent vegan from the 14th of October. Biff’s Jack Shack regularly appears in the local area including at Boxpark Shoreditch, a pop-up market made from shipping containers.