What’s better than vegan pizza? Vegan pizza on a boat, according to The Country Pun Kin, a new traveling plant-based pizza concept. The pizzeria opened in June and is currently operating on a canal boat in the Darlington Wharf Bath Canal, serving takeaway pizzas between Devizes and Bristol. 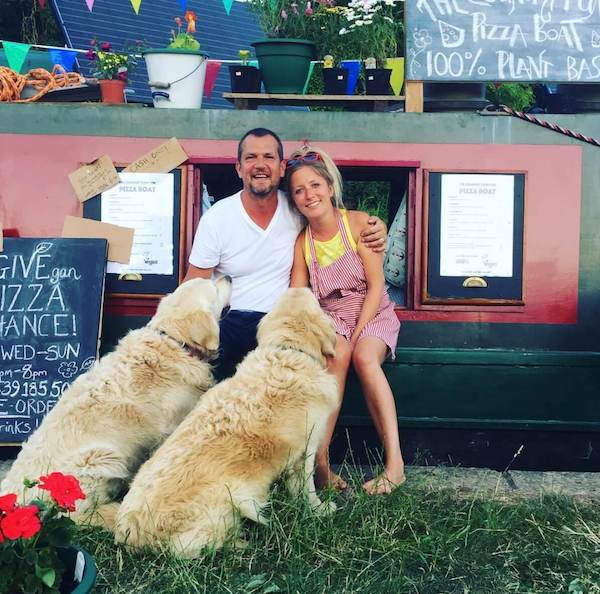 Customers can track down the floating pizzeria by following its frequently updated Instagram account, which informs people where the boat is docked (and how to get to it without taking a swim). The vessel is equipped with fire-based pizza ovens, along with Bill and Ben, two friendly golden retrievers who serve as the company’s mascots. If the unique concept wasn’t enough, these smiling, fluffy goldens attract their fair share of customers.

The pizzas are assembled onboard, and everything from the sourdough crust to the vegan pepperoni is house (boat) made. The company also strives to use only the freshest seasonal produce available. The menu includes six different options, all sporting fun titles such as “The Boater,” a basic margarita pizza; “The Fun Guy,”a roasted garlic white sauce pizza with mushrooms and vegan mozzarella; “The V-Gang,” complete with vegan mozzarella and veggies; and “The Meat Cheat,” a fully loaded pizza topped with tomato sauce, vegan pepperoni, mozzarella, pulled chicken, ground chili beef, and fresh herbs. 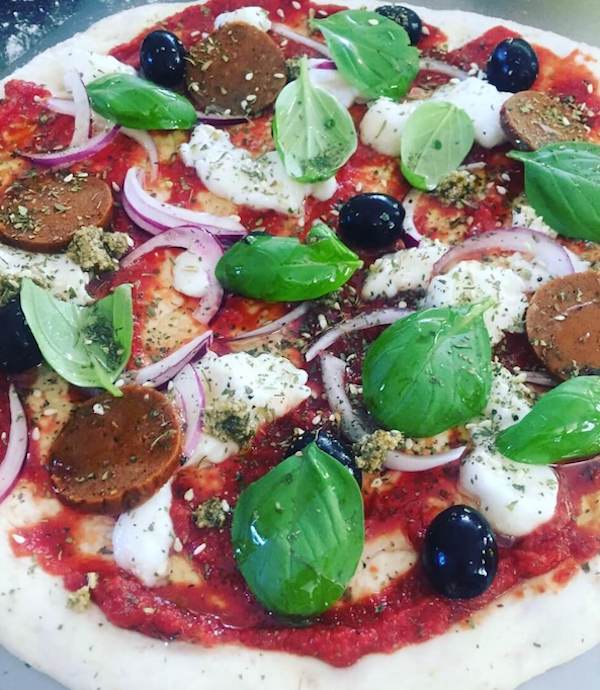 Plant-based pizza is gaining traction worldwide. International mega-chains like Domino’s and Pizza Hut have added vegan cheese to their menus in some countries, and regional concepts are also creating vegan-friendly pies to expand their offerings. Companies such as Rapid Fired, Pizza Express, Piola, and Blaze are just a select few to embrace these plant-based options. Completely vegan pizzerias are also becoming more prevalent, as is the case with The Pizza Plant. The new plant-based takeaway concept just opened its first location in Pasadena, Calif., but it has promised to open up to 1,000 locations in the US within the coming years.

Although pizza can be divisive (the Chicago versus New York rivalry will likely continue for centuries to come), there are plenty of vegan options to suit any pizza preference, including those who like it on a boat.