Bristol is about to become the home of a new vegan milk delivery service.

New Milk will offer frothy oat milk and creamy coconut milk to Bristol’s “non-dairy drinkers” from next Wednesday. The milk will be delivered in traditional glass bottles in an attempt to reduce the amount of plastic waste in the city.

“Are you in search of a zero-waste, dairy-free, gluten-free, organic, and deliciously creamy plant-based milk?” New Milk asks on its Instagram account. “Well, we’re here to help. At New Milk, we are passionate about protecting our planet, and ditching single-use plastic, which is why we’ve developed the first glass bottle, oat milk delivery service in Bristol!”

According to the brand, its oat milk will always foam when used for specialty coffees like lattes and cappuccinos. The milk is also more environmentally friendly than its dairy counterpart, which is responsible for releasing high amounts of greenhouse gases into the atmosphere.

“Together we can reduce our carbon footprints,” says New Milk. “And still enjoy a good cup of coffee! Jump on board and follow our journey and join the New Milk generation.” 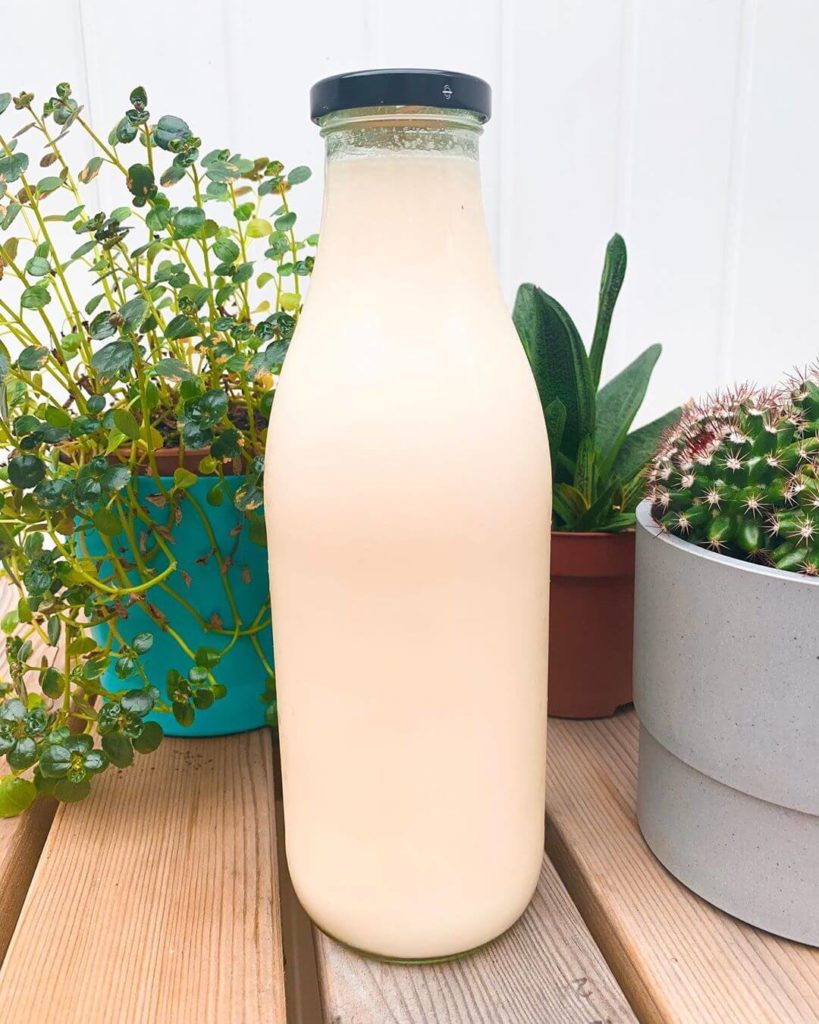 Vegan milk is becoming more popular with consumers across the UK. According to research by fairtrade tea giant Clipper Tea, 25 percent of Brits now regularly opt for vegan milk in their tea over traditional cow’s milk. Seventy-seven percent of those asked also said they feel better about themselves when they do something good for the planet.

Another study conducted earlier this year discovered that many of the UK’s young people are choosing to steer clear of dairy. In the past two years, more than a quarter of those aged between 18 and 24 have either reduced or cut their dairy consumption completely.

Health reasons are a key motivator for those choosing vegan milk — dairy consumption has been linked to acne, diabetes, and certain types of cancer — but ethical and environmental concerns are also a factor.

“Heightened awareness of the detrimental impact that dairy production has on the environment, alongside concerns over animal ethics, has given rise to a new trend called ‘reducetarian,'” said Emma Clifford, an associate director for food and drink at market research company Mintel.

She continued, “this sees adopters significantly reduce their consumption of animal products and is a key driver behind the strong performance of the dairy-free and dairy alternatives segments.”