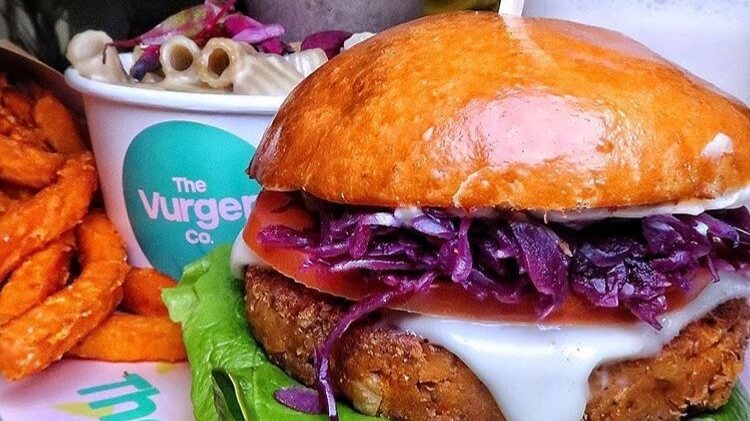 Shoreditch-based vegan burger restaurant, The Vurger Co, is set to launch a second site after raising £600,000 in funding; the money will also be used to “add further sites” and for other future “exciting projects,” says co-founder Rachel Hugh.

The Vurger Co had its humble beginnings on a market stall back in 2016, before relocating to its 30-seater restaurant earlier this year. To expand the business even further, Hugh and her team worked on the investment round tirelessly for a number of months. And their efforts have paid off; the initial crowdfunding drive even raised 66 percent above its target. “[We] couldn’t be more excited, proud, and honoured that our investors believe in us and our vision as much as us,” Hugh said in a statement.

Gaz Oakley, a YouTube sensation, will take the position of executive chef in the new restaurant. Oakley has a large social media following, with 492, 681 subscribers on his YouTube account named “avantgardevegan.” A professional chef and vegan of three years, Oakley uploads new videos to his channel every week, teaching viewers how to make a number of creative plant-based recipes, including Watermelon Tuna Poke Bowl.

“We are proud also to have Gaz on board,” said Hugh. “He really understands our vision and what our customers want to see from us going forward.”

On its mission to “[revolutionise] fast food through the power of plants,” The Vurger Co currently serves a plethora of vegan burgers, as well as Skin on Fries, Mac n Cheese, and a number of shakes, including Oreo and Banana Caramel. The menu is so “soul satisfying” that the restaurant has even ranked in the top 100 startups of 2018, a list which considers the potential growth of businesses aged less than three years.

The Vurger Co is not alone in its quest to bring plant-based fast food to the masses; Lord of the Fries, an Australian vegan burger chain, is also planning to expand, opening up its first stores in the UK “soon.” Like The Vurger Co, the Melbourne-based chain specializes in burgers, as well as fries, hot dogs, onion rings, and nuggets.