Where does bacon come from? A recent study conducted by HelloFresh — an international meal-kit company based in Berlin — looked at the British public’s understanding of the foods they’re eating. And a surprising number of them don’t know where their food comes from.

The study, which assessed 2,004 adults from the UK, reported that 1.3 million Brits believe bacon comes from a cow. A fifth of participants thought veal was sourced from deer rather than a calf. One in four couldn’t say what animal salami is made from.

“We looked into this research as we’re committed to encouraging people to cook from scratch and wanted to shed light on the fact that many feel disconnected and unknowledgeable about the food they eat,” says Juliet Keane, Communications and PR Manager at HelloFresh.

“It’s part of an ongoing initiative to highlight the befits of eating fresh food from scratch and in season, where possible,” added Keane. 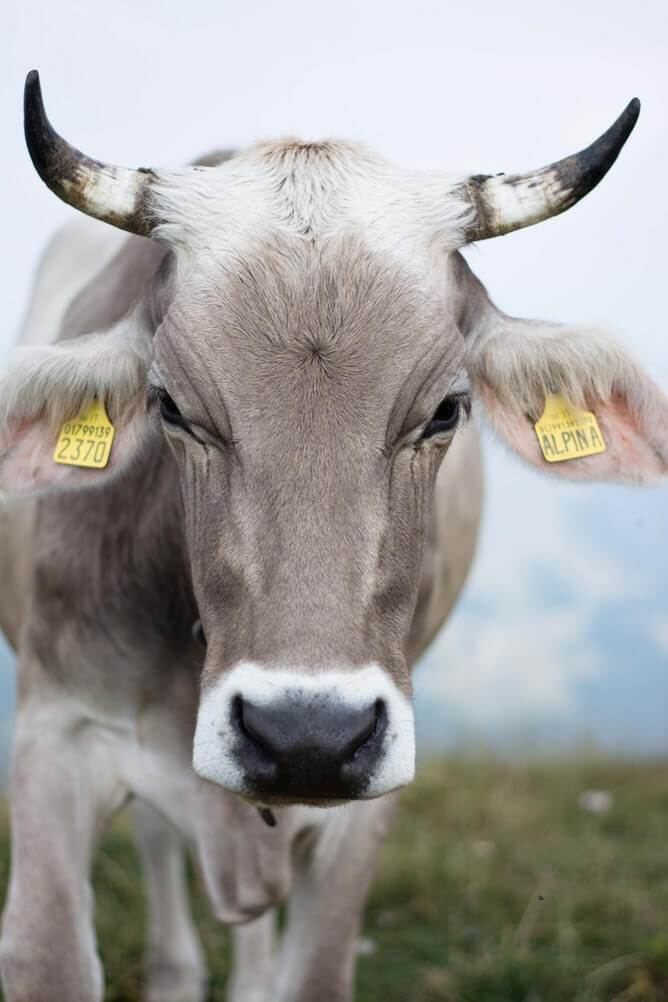 Many meat-eaters consider themselves as animal lovers.

The public’s uncertainty about some meat-based foods could be due to disassociation. Many don’t associate salami with an animal, for example.

Many people consider themselves animal lovers; nearly half (45 percent) of people in the UK have an animal living with them. Ninety-three percent of pet owners say having a pet makes them feel happy, and 88 percent say it improves their overall quality of life.

A 2011 Harris poll found that 90 percent of pet owners in the U.S. consider their dogs and cats members of the family.

American social psychologist and author Dr. Melanie Joy has researched the concept of carnism — beliefs that lead people to eat some animals but not others. The meat industry kills around 10 billion land animals every year in the U.S. alone, says Joy. It keeps most of these animals hidden from the public eye. Their experiences within the food system are largely undocumented.

Joy believes that social conditioning guides many people’s decisions to meat-eating. She maintains that most people care about animals, do not want them to suffer, and believe in the importance of compassion. Yet the act of eating meat does not align with these beliefs.

To prevent cognitive dissonance — mental discomfort experienced by someone who holds contradictory beliefs — people may shift their opinions about animals to see them as food and categories rather than sentient beings.

Sociologist Liz Grauerholz believes people dissociate animals from meat, to make the idea of eating it easier to stomach.

According to Grauerholz, “[we transform] animals, which are loved, into meats, which are eaten, so that the concepts of ‘animals’ and ‘meats’ seem distinct and unrelated.”

BBC Future has expanded on this. It notes, “we call it ‘veal’ instead of baby cow, ‘ham; instead of pig, ‘game’ instead of hunted wild animal. We pack our dead animals in pretty packages – physically, verbally and conceptually distancing ourselves from the real origin of our food.” 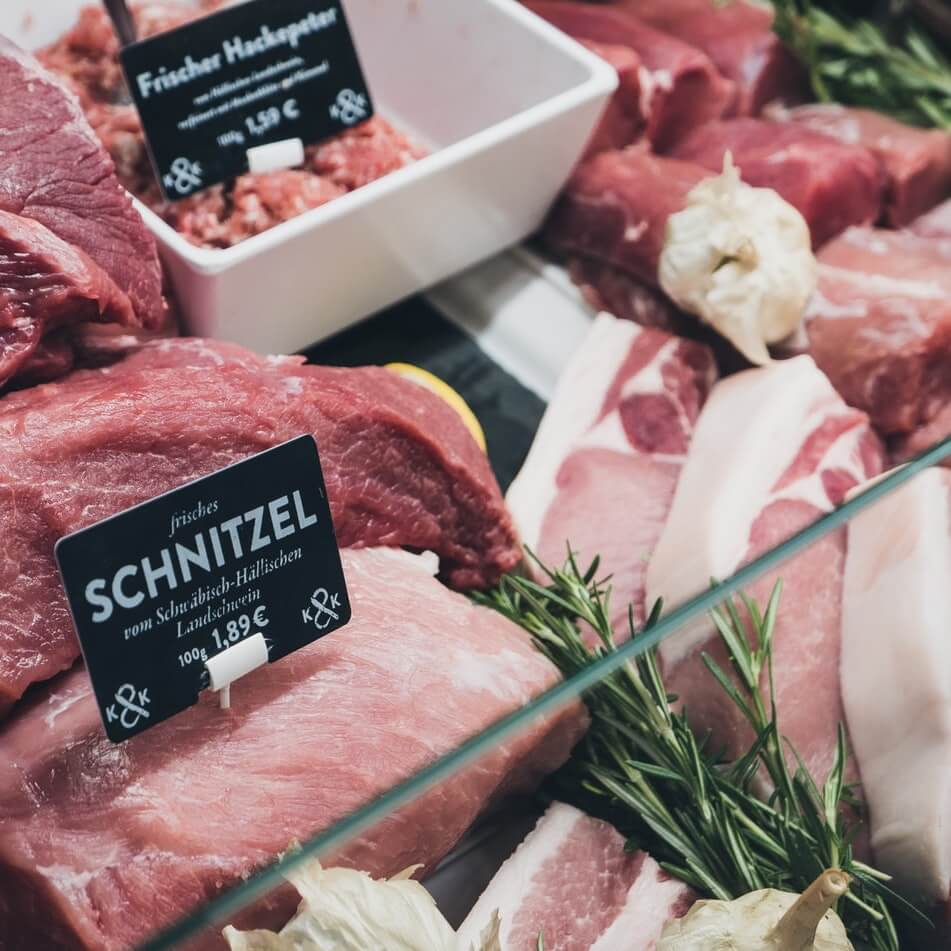 The meat industry uses tactics to distract from what its products are.

One commonly used avenue is to chop or slice meat into pieces and wrap it in plastic. This helps to sever the mental connection that the product on the supermarket shelf was ever an animal.

The other option is based on “cutification,” which describes attempts to make animal agriculture seem adorable and innocent. Packaged meat and dairy frequently sports labels with imaginary chickens in a grassy green field or smiling cartoon cows.

BBC Future comments that both of these methods “serve to distract from the realities of animal cruelty.”

The meat sector also uses marketing to influence people’s opinions on meat and health. Politician, actor, and former professional bodybuilder Arnold Schwarzenegger once leaned heavily on animal products under the view that they were necessary for strength. Now he mainly eats plant-based food.

“I ate a lot of meat — I ate my 10, 15 eggs a day. I had my 250 grams of protein in a day because I weighed 250 pounds,” he said in a promotional video for the documentary “The Game Changers.” The film aims to dissect “the world’s most dangerous myth: that meat is necessary for protein, strength, and optimal health.”

“As I got older and I started reading up on it, I recognized the fact that you really don’t have to get your protein from meat — or from animals,” Schwarzenegger said. “So we started going more in the direction of a vegetarian kind of diet. Now we’re doing it the right way, with spices, and all of a sudden, I love it much more than the meat.”

In a separate promotional video for the film, Schwarzenegger spoke about the meat industry’s reliance on marketing.

“There’s no one that can relate better to that than I do because I have lived in that world. They show these commercials — burgers, George Foreman Grill, big sandwiches and all that stuff,” he said.

“This is great, great marketing by the meat industry. Selling the idea that real men eat meat. But you’ve got to understand: that’s marketing. That’s not based on reality,” the athlete added. 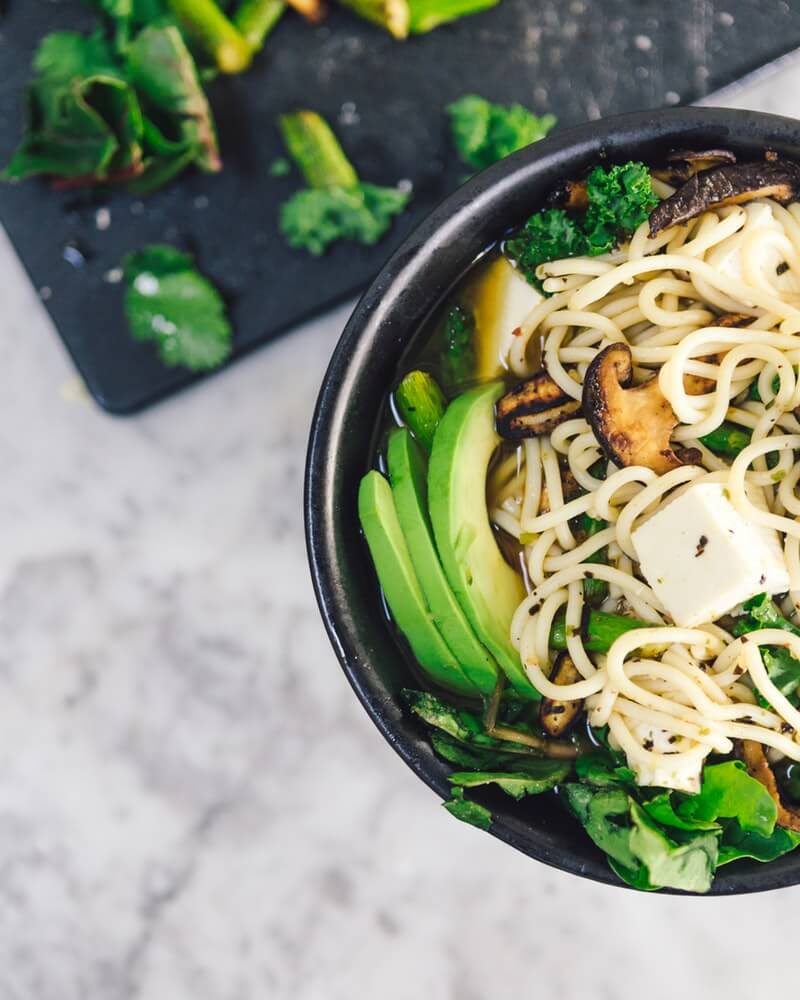 Many people aren’t sure how to cook with plant-based ingredients.

Plant-based foods also confuse some people. The research revealed that one in ten adults think tofu is a variety of mushroom. A third of the participants couldn’t identify which bean is used in classic baked beans. Eleven percent of people believe all British tea is grown in the UK, even though most of it is shipped from Asia.

People also feel unsure about cooking with certain ingredients. Half of the people in the UK said they would find it difficult to make smashed avocado on toast. Participants also identified lasagne, stir-fry, and a basic curry as meals they would struggle to make.

A third of Brits said they were “not at all confident” in cooking with artichoke. One in four wouldn’t know what to do with chickpeas.

The research also uncovered misunderstandings about veganism. Twenty percent of 18 to 34-year-olds think vegans can eat eggs. More than one fifth believe they can consume goat’s milk.

This lack of clarity surrounding plant-based food is likely less about marketing (since you don’t typically see an ad for artichoke on TV) and more about society’s preference for animal foods. This lean toward animal products tends to overshadow the vast amount of plant-based food at our disposal.

There are more than 20,000 species of edible plants in the world but less than 20 species make up 90 percent of our food, according to Plants For A Future. The charity — which researches and provides information on sustainable horticulture — believes society should shift to plant-based foods. It notes on its website, “it is our belief that plants can provide people with the majority of their needs, in a way that cares for the planet’s health.”