LIVEKINDLY
Home Food & Health Over 520,000 UK Christmas Dinners Will Be Vegan or Vegetarian This Year,... 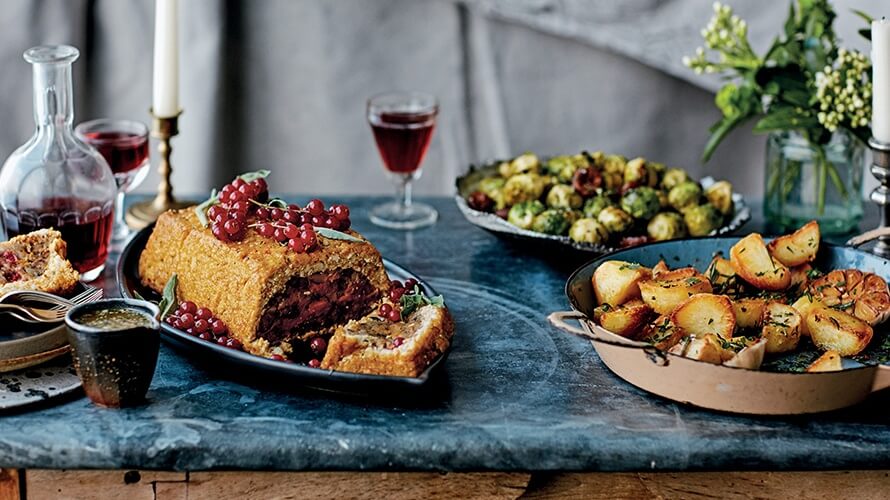 This Christmas, over 520,000 Brits will tuck into vegan and vegetarian meals, as more and more people choose plant-based foods over meat and dairy.

Tesco, the largest supermarket in the United Kingdom, analyzed sales and data from millions of shoppers. The researching team found that Brits’ favored ingredients are changing, with vegan and vegetarian meals, in particular, becoming more popular; one in 12 will pick a meat-free main this Christmas.

The report also uncovered which ingredients are most valued during the holiday season, finding that Brussels sprouts are even more important in Christmas meals than pigs-in-blankets. Two-thirds (66 percent) of participants said the sprout was a vital addition to the dining table while a similarly high 71 percent said that carrots cannot be left out either.

Nearly one in five hosts will cater for a meat-free diner this Christmas, with twice as many families serving up a vegan or vegetarian main instead of goose.

It’s not a decoration, but it sure looks like one. Celeriac with parsnip cream is bursting with cranberry studded quinoa and bold Christmas seasonings – plus it’s #Vegan and #GlutenFree. However you’ll do Christmas dinner, #EveryonesWelcome at Tesco. Search ‘stuffed celeriac’ for this recipe and more on Tesco Real Food, link in bio.

And when shoppers do buy meat, they are buying less of it. Families are choosing smaller turkeys, with sales of large birds seeing a 7 percent decline.

Tesco’s report was created to celebrate “the many debates and rituals that make Christmas what it is for people up and down the country,” according to Alessandra Bellini, Tesco’s chief customer officer, as reported by Huffington Post.

“Our research found that, by and large, we’re still a nation of traditionalists – but with a third of people mixing things up at Christmas each year, that is changing,” Bellini added.