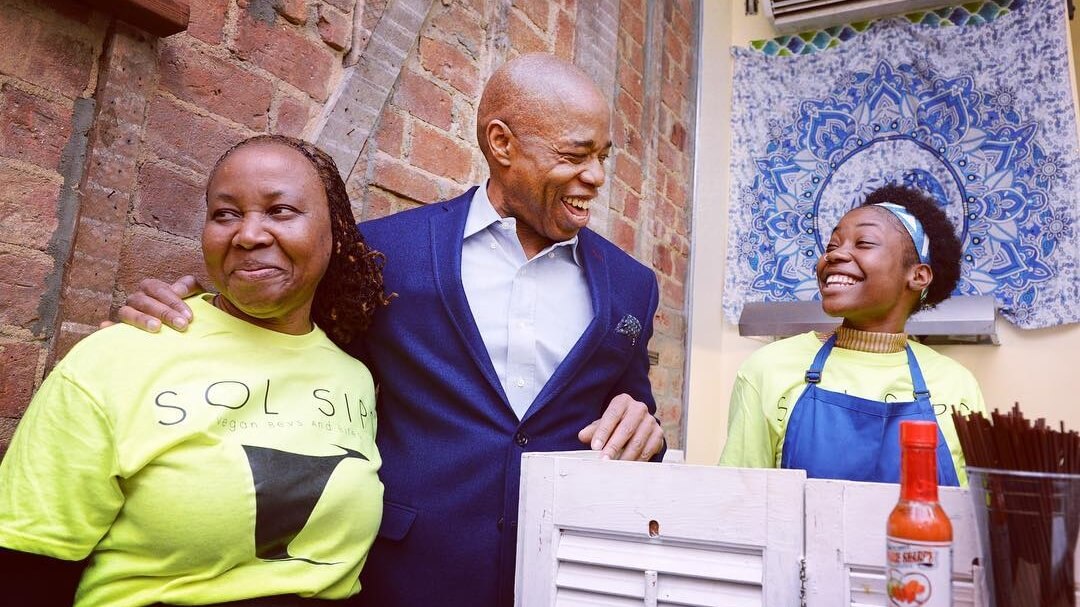 Vegan Brooklyn Borough President Eric Adams will present a special talk on the relationship between diet and cardiovascular disease later this month.

Called “Nutrition and CV Disease: Taking the DIE Out of DIET,” the event will be presented by the esteemed cardiologist, head of the cardiology department at Rush University Medical Center, and current trustee of the American College of Cardiology, Dr. Kim A. Williams. During the talk, Dr. Williams will discuss why heart disease is the leading cause of death in the U.S., as well as the risk factors, and how a vegan diet can reduce one’s risk of cardiovascular mortality, stroke, and heart attack.

According to an episode of the Rich Roll podcast, hosted by the vegan ultramarathoner himself, Dr. Williams adopted a plant-based diet in 2003 after his LDL cholesterol levels — the cholesterol that is associated with a higher risk of heart disease — raised concern. After conducting his own research that uncovered how a vegan diet can reduce one’s risk for heart disease, Dr. Williams adopted the diet and reduced his LDL cholesterol levels to a healthy level. Following this, he began prescribing a plant-based diet to his patients as a form of preventative medicine.

A new short film from #ForksOverKnives captures how I completely reversed a severe case of #diabetes and all accompanying symptoms by adopting a #plantbased diet. Watch the full short film by visiting the link in @ForksOverKnives bio, or at forksoverknives.com/adams. Be #plantstrong.

Like Dr. Williams, the Brooklyn borough president also turned his health around for the better by adopting a vegan diet. Due to a busy life in politics, Adams relied on meat-heavy convenience foods, which eventually led to the development of type-2 diabetes. Despite experiencing nerve damage to his hands and feet and facing the possibility of losing his eyesight, none of Adams’s doctors spoke to him about the link between processed foods, like red meat and refined oils, and health.

While doing research, Adams learned of the health benefits of a vegan diet and within three months, he reversed his symptoms and safely stopped taking his medication. He now regularly promotes veganism to the Brooklyn community by providing resources and regular workshops about plant-based nutrition. Late last August, he helped launch the Plant-Based Lifestyle Program at Bellevue Hospital, a pilot program that helps patients across all five boroughs adopt healthy vegan eating habits.