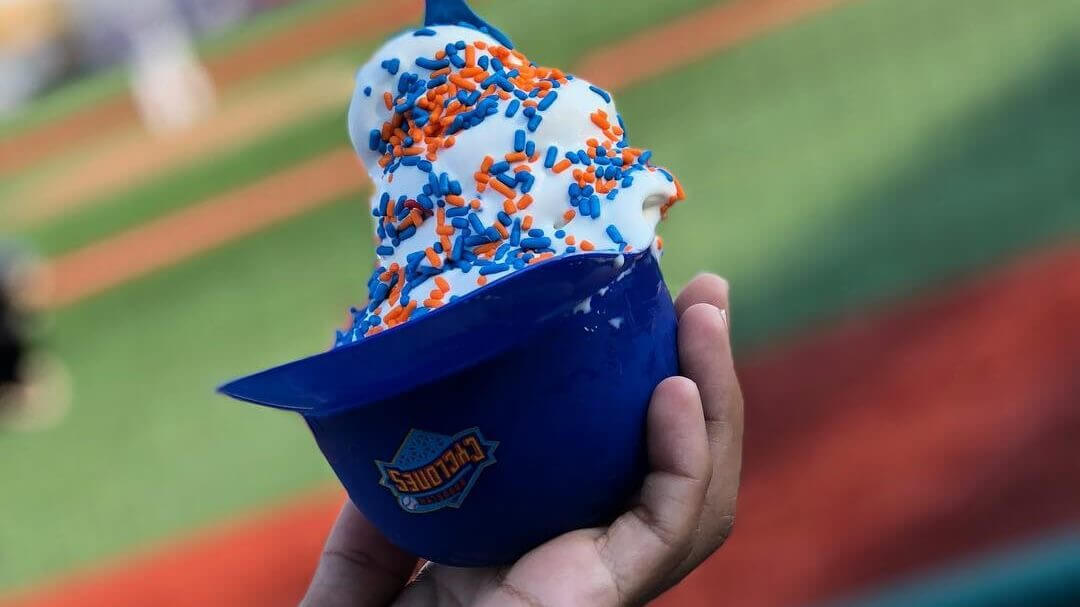 According to the official event page, the night will kick off with a pre-game yoga practice in the field. After fans have warmed up, New York-based Grateful Dead tribute band Dead Meat will play live music. Playing on the Grateful Dead theme, families can tie-dye their own t-shirts before the Cyclones face off against the Pennsylvania-based Williamsburg Crosscutters.

The event will feature an array of food made from both well-established and new local vegan vendors. Vegan Latin American restaurant VSPOT Organic, a popular destination with two locations in the city, will dish out its customer-favorite empanadas, plus avocado fries and chips and salsa. Award-winning vegan fast-food restaurant Marty’s V Burger, which has been praised by Rachel Ray and Thrillist, will also serve its signature burgers and fries. Further, NYC vegan food scene newcomer Elisa’s Love Bites will bring hand-crafted gluten-free artisanal vegan desserts such as almond butter cookies and chocolate cake.

Due to rising consumer demand, more stadiums are offering vegan options than ever before. Yankee Stadium has offered fans plant-based fare like vegan pizza from Two Boots for a number of years, but has recently stepped up its game by offering realistic meatless meats such as the Beyond Sausage. Further, a new app called Veggie Happy lists vegan food options at all MLB stadiums.

Some stadiums have even taken to hosting plant-based events. The Philadelphia Pirates, for example, recently organized its second annual Vegan Night event, similar to the Brooklyn Cyclones Grateful Dead Night, sans music and yoga. And, last May, the Seattle Mariners hosted their first ever Vegan Night.

The Brooklyn Cyclones Grateful Dead Night will kick off on June 14 at 4 pm.