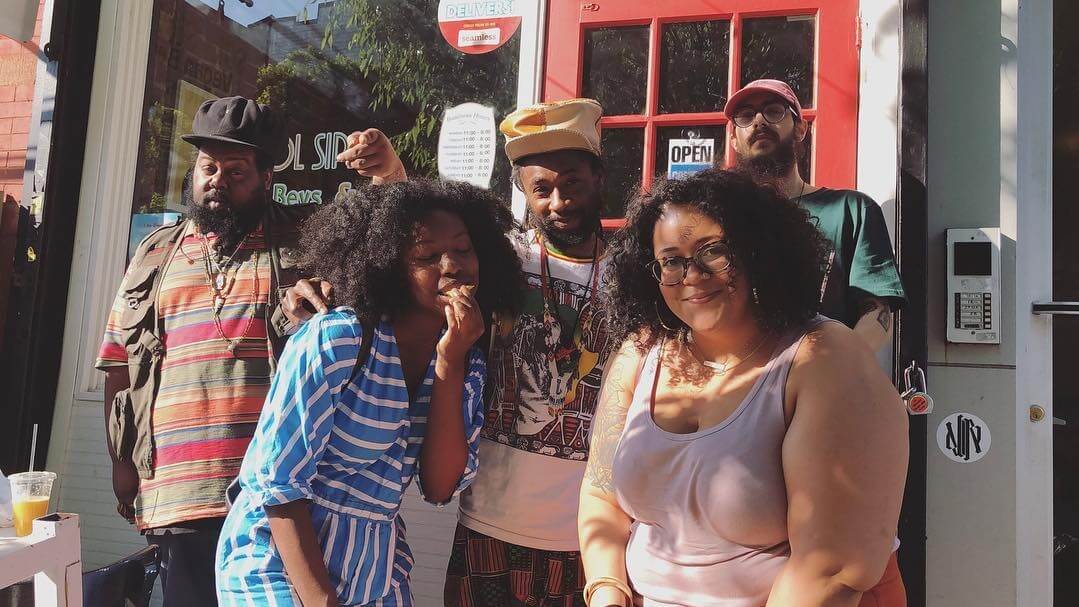 Sol Sips, a Brooklyn-based vegan restaurant, has managed to reopen just two days after a robbery with the help of the local neighborhood.

Writing on Instagram, 21-year-old founder Francesca “Sol” Chaney thanked members of the community for their “support, love, and contributions,” in order to get Sol Sips back up and running. The glass window of the restaurant was broken, and the cash box and iPad system was stolen, she noted.

“We continue to move through with lots of gratitude for the abundance that surrounds us,” she said. “After all, the infinite power of the Universe, Mother Nature and the Creator(s) always provide. I have no fear.”

Founded earlier this year, the aim of Sol Sips is to make vegan food accessible to everybody; the wellness movement, Chaney revealed to Essence back in May, “can be really classist.” Many of those who live in low-income areas may not prefer fast-food to healthy food, she claimed, however often this is all that is available to them.

Thanks to your overflow of support, love and contributions Sol Sips is back open and up and running. Thank you for all of your generosity. With your donations we were able to fix our glass window, replace our cash box and pay for the insurance deductible on our iPad/POS system. We continue to move through with lots of gratitude for the abundance that surrounds us. After all, the infinite power of the Universe, Mother Nature and the Creator(s) always provide. I have no fear. Much love sunbeams ?. P.S: I plan on getting back to everyone that reached out with kind words and uplifting energy as soon as I return back to center?. #solsipsnyc #madeinbrooklyn #vegan #plantbased #openforbusiness #comeback #bushwick #accessiblewellness #community #mindfulconsumption

With its affordable juices, smoothies, vegan omelets, and soups, Sol Sips ensures nutritional tasty food is accessible to everyone in the community. “My mission is to help close the accessibility gap in wellness,” she said.

Chaney isn’t the only one who believes healthy plant-based food is often inaccessible to those who come from low-income communities. In Southern California, a vegan movement is growing among the Latino population, who feel that many restaurants in the region only cater to the affluent. One Mexican restaurant-owner in the area, Raul Medina, said he started his business to fill this gap in the market. “I wanted to find a good vegan taco de carnitas and I couldn’t find an affordable one,” he explained. “They were only at affluent vegan hipster spots.”

He continued, “Why are we just giving up that [vegan] market to rich people? We need to take back our ingredients and meals, and make it available to people of color.”

Chaney wants to go one step further than just making vegan food accessible. The young entrepreneur wants to help people of color carve a career path in vegan business. In the future, the founder hopes to create an internship program that will be available to “brown girls” living in East New York, Brownsville, Bushwick, and Bed-Stuy.