If you dabble in vegan cooking groups on Facebook, you may have noticed that slow cookers—including the Instant Pot—are earning a name as being the perfect vessels for cooking up convenient, budget-friendly vegan meals.

Both the Instant Pot and slow-cookers are enjoying being part of a vegan cookbook renaissance, with chefs and bloggers alike showing tips and tricks to making plant-based cooking even easier.

What Is a Crock-Pot?

The Crock-Pot’s origin can be credited to bean stew and a Jewish mother. On May 21, 1936, an inventor named Irving Naxon filed a patent for a slow-cooking device that would set the stage for the modern “set-it-and-forget-it” family of kitchen appliances.

Naxon was inspired by a story from his mother of how his Lithuanian grandmother would make a traditional Jewish bean stew called cholent, which would take several hours to cook in the oven. In 1940, his patent for the Naxon Beanery All-Purpose Cooker was approved. It was brought to market in 1950 and when Naxon was acquired by Rival Manufacturing in 1972, it was rebranded as Crock-Pot and came in floral patterns and earthy tones associated with 1970s home decor.

The Crock-Pot became a staple of the modern middle-class home, where women were increasingly entering the workforce but still expected to fit into the traditional binary gender role of wife and mother, cooking meals for the entire family. Crock-Pots granted women the convenience of letting dinner slow cook away on the counter with minimized effort. Crock-Pot still exists to this day and slow cookers are experiencing a resurgence in popularity, partly thanks to cult followings for the Instant Pot, a multi-purpose pressure cooker that also doubles as a slow cooker.

Crock-Pot cookbooks of the 70s and 80s may have celebrated pinching pennies with just a cut of meal and a slow cooker, but these vessels are perfect for whipping up vegan meals. You can make bean stew, like the cholent that inspired Naxon to file that first patent, or you can make flavorful rice dishes, curry, dhal, and even vegan mac and cheese or pot roast.

Slow cookers of the past often had only three settings: low, high, and off. That’s still the case, but technological innovations have made some improvements. Digital controls make it easier to program how long and at what temperature your meal is cooked. Some even have built-in sensors that will change the temperature or switch off without having to turn the knob, preventing meals from burning. Looking for inspiration? Try these cozy, budget-friendly vegan fall recipes. 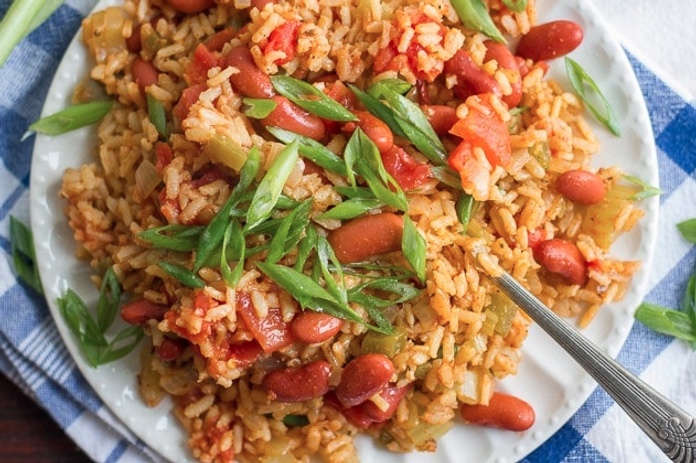 This easy vegan jambalaya combines brown rice, red beans, bell peppers, and Cajun spices. The classic dish calls for sausage and shrimp—this version opts to let plants stand on their own, but according to its creator, you can dice up and add in your favorite vegan sausage. Let it simmer away in your slow cooker and fill your home with the aroma of comforting spices. 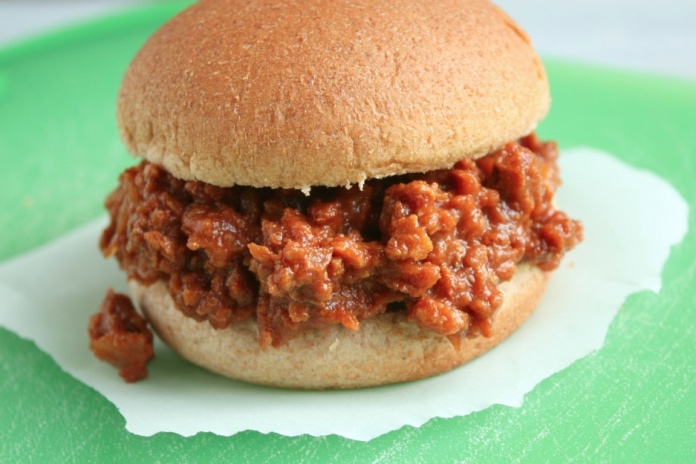 These meat-free sloppy joes are flavorful and filling. | Peppers and Peaches

This recipe for meat-free sloppy joes is practically hands-off—all it takes is 15 minutes of easy prep work. Textured vegetable protein—aka TVP—is the perfect substitute for ground meat, acting as a base for the sweet and savory sauce. Remember to serve it with a side of vegan coleslaw. 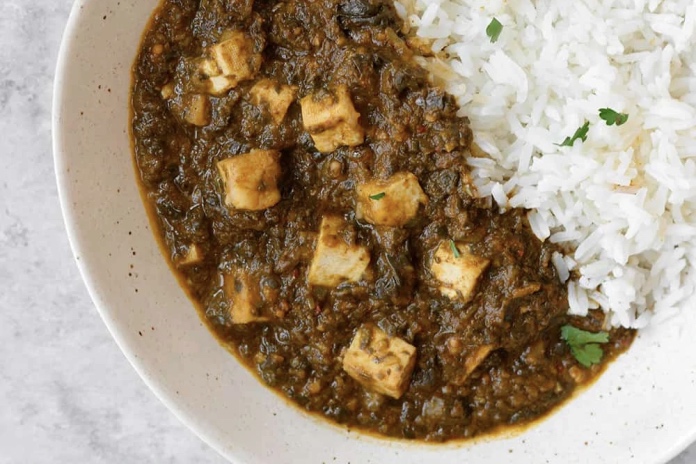 This “ugly delicious” vegan saag paneer is one way to get your daily greens. Instead of the traditional cheese blocks, this recipe uses tofu. And canned coconut milk, rather than ghee, helps give the spinach a richer flavor. You can leave the spices as is, amp it up, or cut it back, depending on your tolerance. Serve with a generous portion of rice. 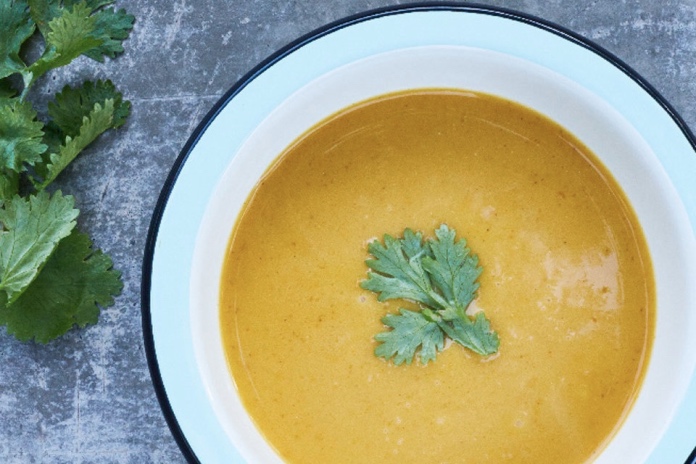 Break out the butternut squash for this easy weeknight dinner. This curried butternut squash soup is creamy without a trace of dairy. Top with black pepper and pumpkin seeds and serve with crusty bread on the side. 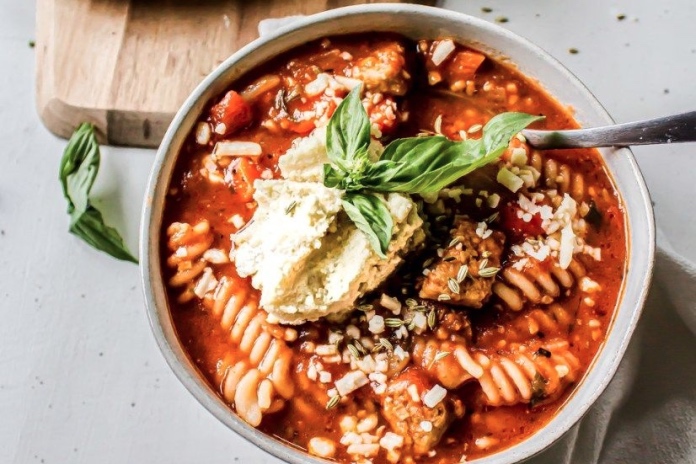 Tastes like lasagna, but without the layering. This vegan lasagna soup takes just 30 minutes of prep, then your slow cooker does the rest. It features a rich tomato base with meat-free Italian sausage, noodles, plus vegan mozzarella and ricotta. 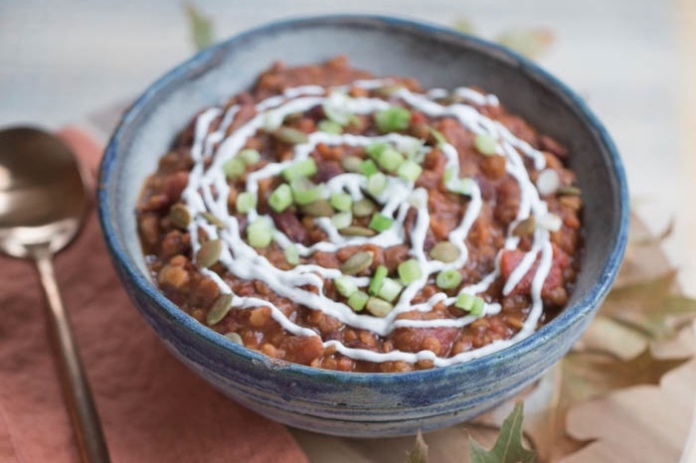 Chili is classic budget-friendly comfort food. This hearty recipe combines pumpkin, protein-packed red beans and lentils, and plenty of spice—with the option of leaving out the jalapeño if you like things on the milder side. Smoky cumin, a dash of cocoa powder, chili powder, cinnamon, and cloves give it a rich, complex flavor. 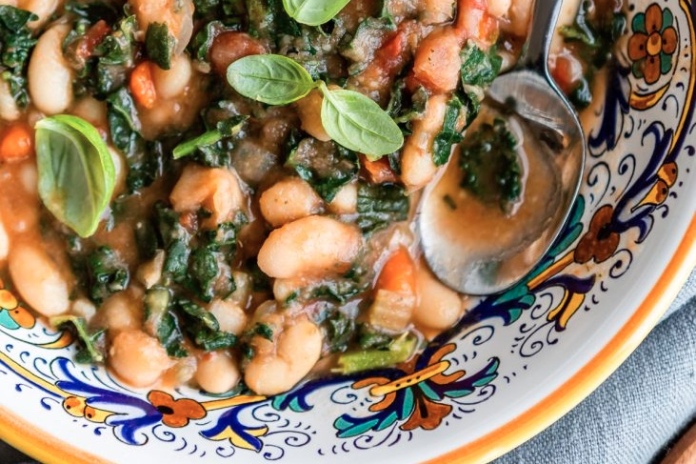 This Italian-inspired soup is perfect for meal preps. | Hello Veggie

This easy Italian white bean soup is loaded with healthy greens and carrots. It gets an extra boost of protein from the vegan sausage. Italian seasoning and fresh herbs help round out the flavor in this budget-friendly dish. 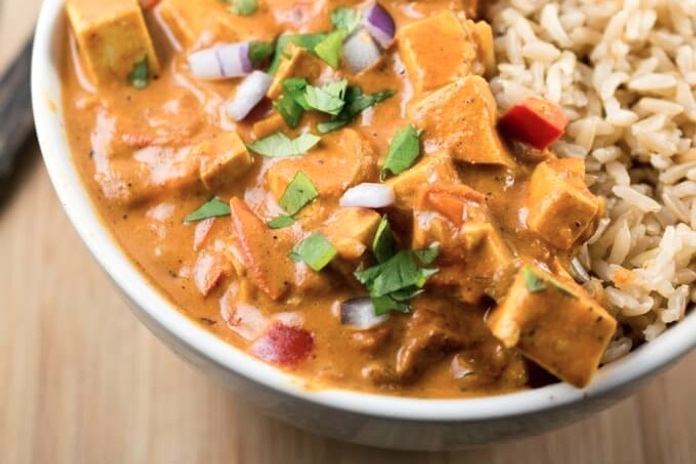 Hearty, creamy, and delicious, this vegan take on chicken tikka masala will have you going back for seconds. Full-fat coconut milk simmered with a blend of Indian spices makes for a warming, cozy curry sauce that’s oh-so-nice when paired with rice. 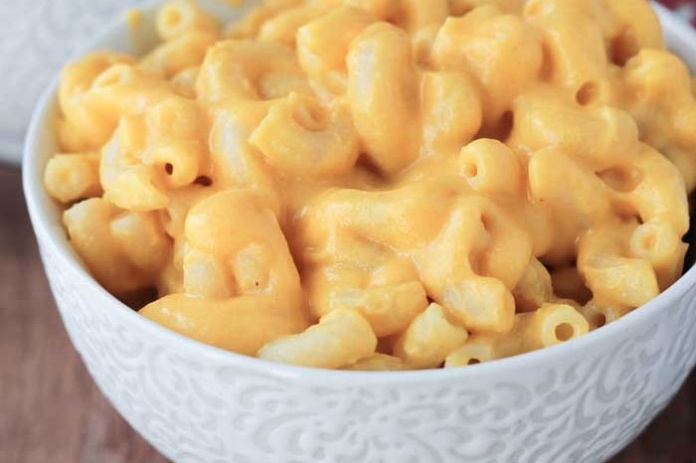 Oh, yes—you can make mac and cheese in your slow cooker. Noodles are smothered in a velvety dairy-free cheese sauce made from butternut squash, cashews, and spices. This one’s a hit with kids and adults alike! 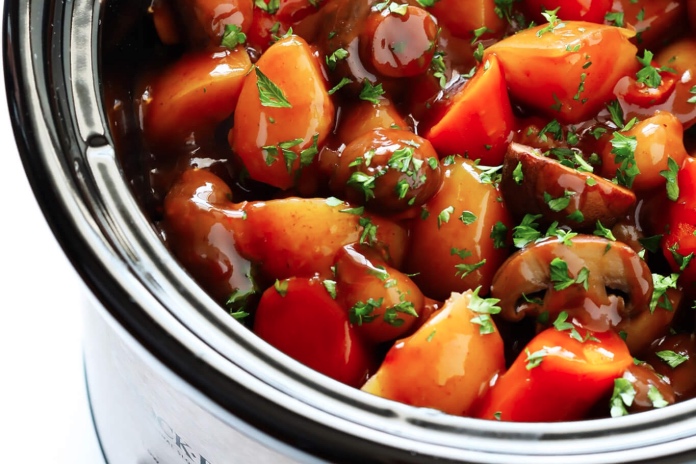 This vegan pot roast is a real stick-to-your-ribs dish for chilly days. Portobello mushrooms stand-in for beef, but it’s still full of all the classic pot roast flavors like onion, thyme, and red wine. 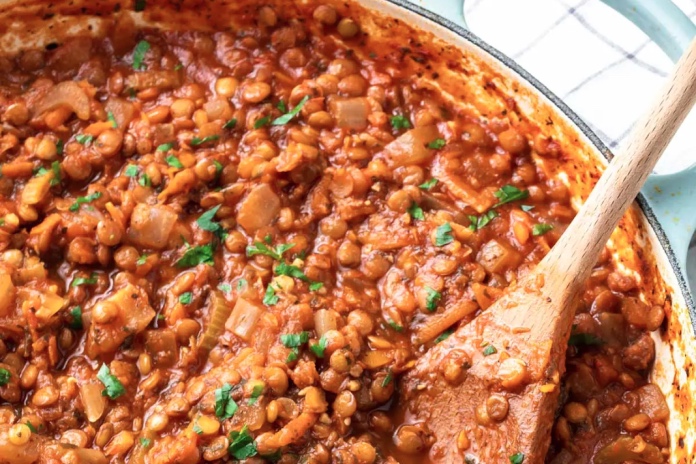 The humble lentil is an excellent substitute for mince in this Italian classic. A true “set it and forget it” recipe, you can let this simmer away on your kitchen countertop all day— and it’s budget-friendly, too.