The Growing Pavillion — a building in the Netherlands made from mushrooms — cleans the air as it grows.

Produced by creative organization Company New Heroes and biotechnology company Krown Design, the biobased building — put in place for Dutch Design Week — was built using only materials that grow on this earth, including timber and mycelium.

Mycelium — the root structure for mushrooms — is a natural, workable material. According to Krown Design, to create the building, it filled molds with a hemp waste substrate for the mycelium to grow on. It took four days for the mycelium to fill the mold. It then pulled the material from the mold and dried it in an oven to kill the mycelium.

According to Krown, the result is a “strong, light” product, which is shock-absorbing, fire retardant, and provides insulation. 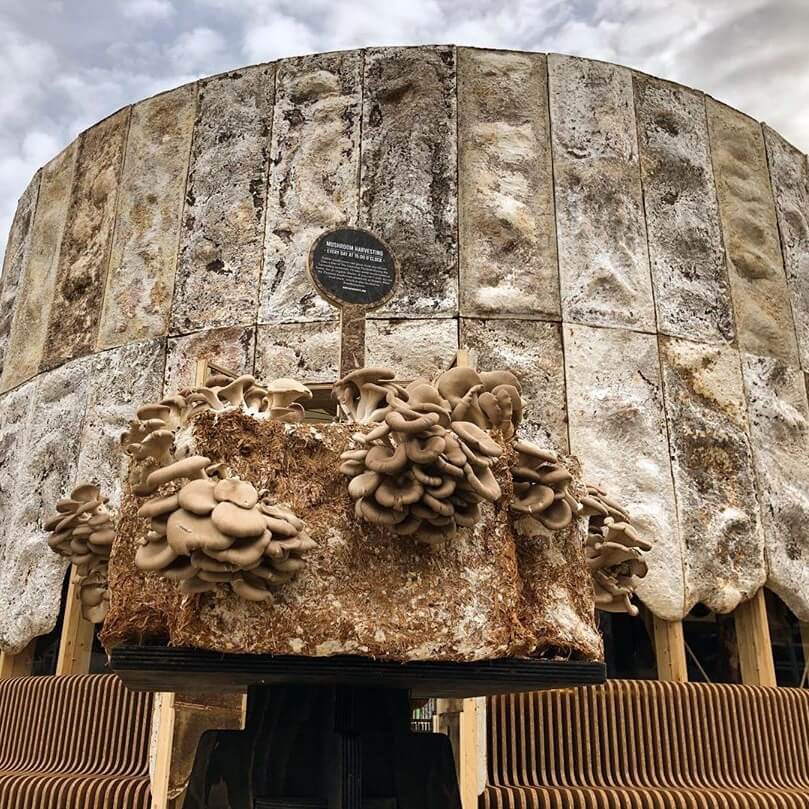 Company New Heroes believes natural building materials are essential in the fight against the climate crisis.

Concrete is the most widely used man-made material in existence, but its key ingredient, cement, has a huge impact on the environment. It is responsible for producing eight percent of the world’s CO2 emissions.

Mycelium, however, helps the environment. As it grows, it captures twice its weight in carbon dioxide.

During Dutch Design Week, more than 75,000 people — including industry professionals and government figures — visited The Growing Pavillion. In van Bokhoven’s view, the project is the first step on a long journey towards changing our built environment.

“With The Growing Pavillion and through this atlas, we put this conversation on the world’s agenda and facilitate it,” she added. “This is an essential step in order to achieve the desired change in thinking and acting.”