You can now buy oat milk in bulk from Costco.

Founded in 1978, Silk has produced vegan milk for more than 40 years.

“Inspired by the creaminess of milk, we found oats and lost the moo,” says Silk on its website. “Did you know it takes 80% less water to make a half-gallon of Silk than it does to produce a half-gallon of dairy milk,” explains the brand. “From water conservation to supporting bees, we’re out to show the environment some love too.” 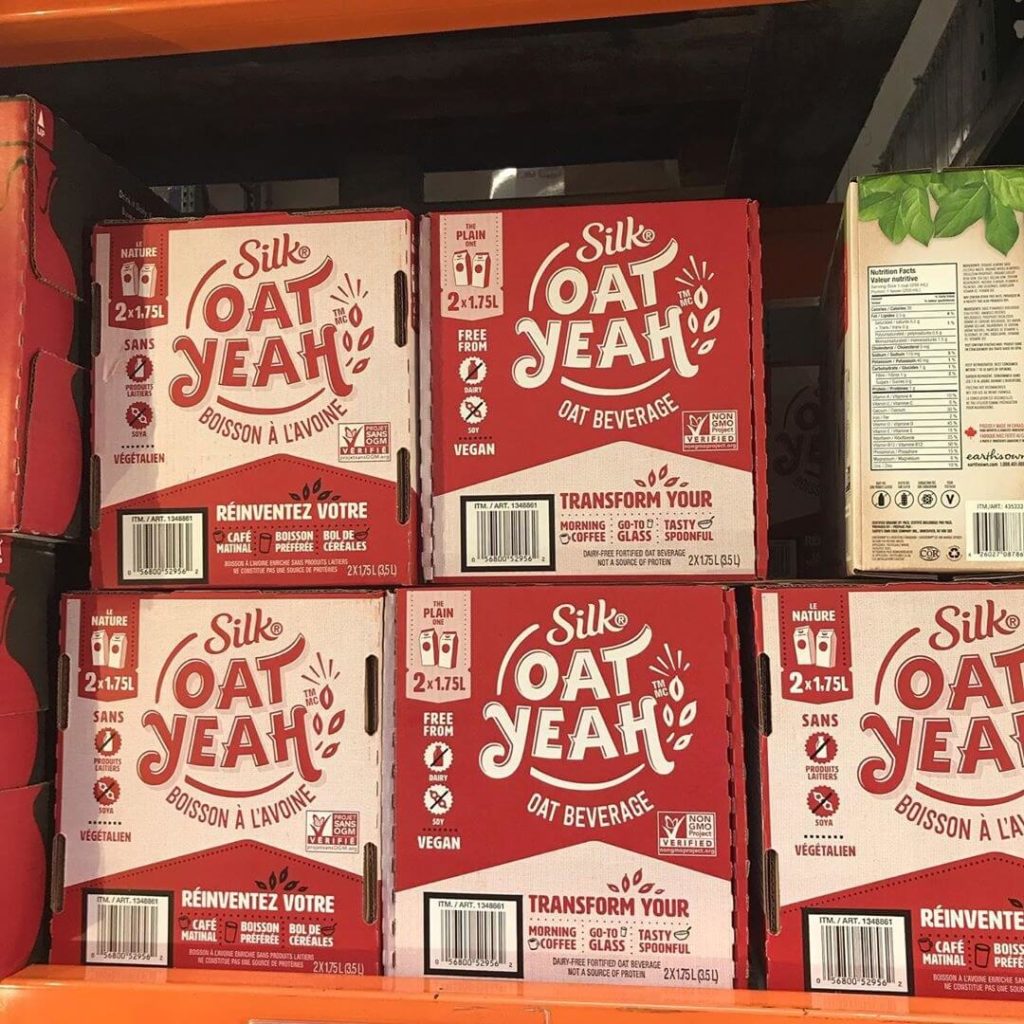 “Here at Silk, we believe in making delicious plant-based food that does right by you and fuels our passion for the planet,” it continues.“We’re here for everyone, from vegans to burger lovers, because our purpose is progress. And everyone can make room in the fridge for that.”

Plant-based milk is rapidly and consistently increasing in popularity worldwide. In America, 48% of the population regularly purchases vegan milk, while in the UK a quarter of Brits choose dairy-free.

More and more dairy companies are purchasing plant-based competitors, or separately beginning production of their own dairy-free milk. WhiteWave Foods — the plant-based parent company of both Silk and Alpro — was bought by French multinational Danone in 2016.

Even companies who produce meat are rapidly diversifying in order to capitalize on the demand for vegan produce. Tyson Foods — a major producer of meat in the U.S. — is launching a new range of vegan meat this summer. Meanwhile, Swiss food giant Nestlé is rapidly expanding its line of plant-based foods. It recently launched vegan ground beef, as well as a “bleeding” meatless patty named the “Incredible Burger.”