What is life like for a bull stud, the cattle used to breed new animals for the meat and dairy industries?

The bull semen market is very lucrative. Animal agriculture forcefully breeds animals to have what it considers the best traits for food production. In 2011, the U.S. exported $124.7 million worth of bull semen to other nations, representing 32 percent of the global market. In February 2019, an Angus bull named SAV America 8018 sold for the record-breaking price of $1.5 million due to “superior genetics.”

What Is a Bull Stud?

A “stud” is a term that refers to any animal kept for breeding. The term is not exclusive to cattle. It’s also used in other industries that exploit animals for profit, such as horse racing. Farmers use bulls to provide a “stud service” and these animals may reside on a stud farm, a facility that houses them for the purpose of selective breeding.

The National Association of Animal Breeders Inc. (NAAB), a U.S. trade association founded in 1946, provides what is called Certified Semen Services (CSS). According to the organization, the service is the “minimum standard” for monitoring the health of bull studs as well as guidelines for semen collection. Several companies across the country that sell bull semen are certified across the country.

How Many Bulls Does Animal Agriculture Use for Breeding?

Torgerson-White explains that most cows—approximately 92 percent—bred for the U.S. meat industry are “naturally serviced.” This term, also called natural service synchronization, uses herd bulls to impregnate cows and heifers “naturally” rather than through artificial insemination (AI).

AI is the most common method of breeding in the dairy industry. It is less common for beef cattle, but it is popular for breeding desirable traits, particularly in purebred herds including Angus, Limousen, and Wagyu.

How many bulls does the industry use? It’s difficult to tell. According to the NAAB, the domestic dairy industry purchased 19,497,709 units of semen in 2019. The beef industry purchased 5,829,266 units. The number of bulls in each industry is not available.

“Unfortunately, we don’t know the number of bulls in the dairy industry, as the USDA does not differentiate beef and dairy bulls,” says Torgerson-White. “As of January 2020, the total U.S. cattle herd included 2,237,000 bulls.” 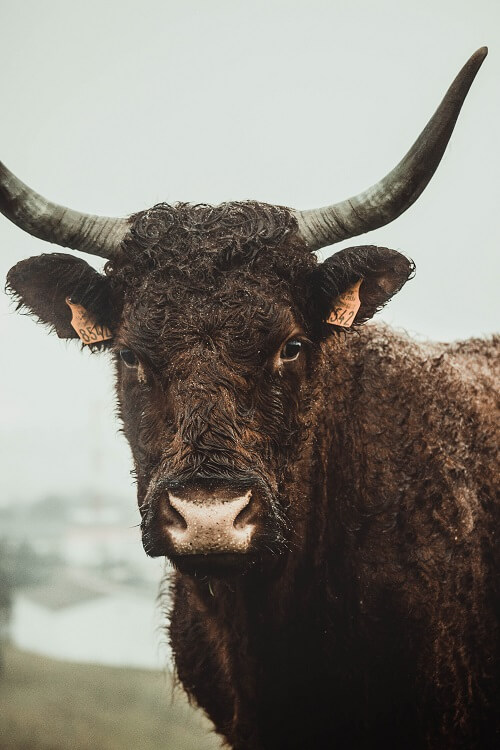 Breeding Methods in Beef and Dairy

“While most cows bred for the U.S. meat industry are ‘naturally serviced,’ in the dairy industry, reproduction is anything but natural,” Torgerson-White explains. “Mother cows and calves form lasting bonds in nature, but most male calves born at dairies are almost immediately sold for beef or veal.”

Semen collected in one of four ways: aspirating the vagina of a recently bred cow, rectal massage that stimulates the nerves around the prostate and pelvis muscles, an artificial vagina after restraint breeding, and electroejaculation.

The latter two, Torgerson-White continues, are of particular concern. The electroejaculation process begins with a rectal exam. The handler inserts a 75 to 90 millimeter-wide electrified probe directly into the bull’s anus and rectum to stimulate him. Collection happens using a tube attached to a latex rubber cone called a “loving cup.”

As a handler holds the probe inside the bull, they slowly increase the electricity levels from the lowest to highest setting until the bull ejaculates. The handlers make a second attempt 15 minutes later if no ejaculation occurs.

The industry considers this method efficient because it does not require a “mount animal.”

This method may also be used on bulls that have not been “trained” to mount or animals. It is also used on those who are difficult to control for the internal artificial vagina (AIV) method.

The electroejaculation process is painful for the animal. Additionally, it occurs without anesthesia. The Netherlands and Denmark have both banned this practice due to its cruelty.

Torgerson-White adds that the IAV method was “designed to address the animal welfare concerns raised by electroejaculation.”

The electroejaculation method involves restraining a female cow in a breeding crate. Then, they insert the IAV into her vagina and the bull is forced to mount her. While this is less painful for the bull, Torgerson-White says that “the main disadvantages of IAVs are physical restraint and stress of mount cows.”

The Treatment of Male Mount Animals

The breeding process may also use an artificial vagina that is held outside of the mount animal, also called a “teaser”. This involves the bull stud, the teaser, and three people. Cows in heat have been used as mount animals, but sterile teaser steers are increasingly common. This is to prevent the spread and intromission of venereal disease. 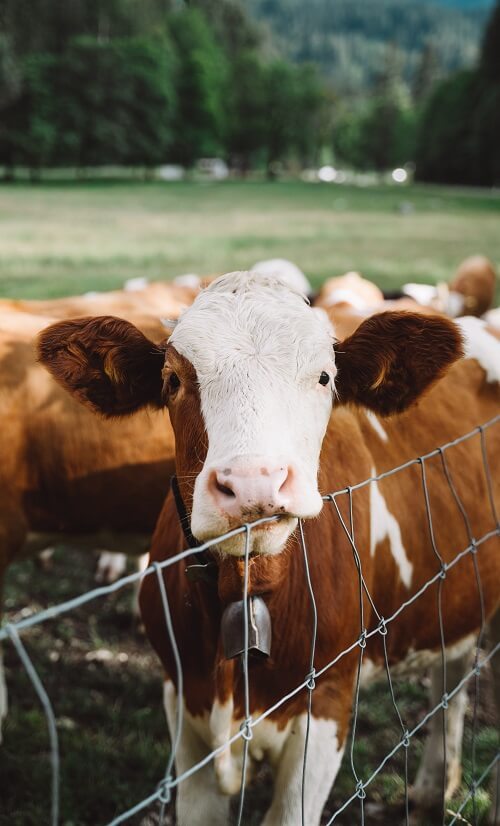 According to the Development of Teaser Bulls Under Field Conditions, teaser bulls may be rendered sterile via vasectomy (using a local anesthetic called Lidocaine 2 percent), epididymectomy (removal of the tube that holds sperm), penile-prepuce translocation (moving the penis and prepuce, which prevents the bull from having sexual intercourse), or penile fixation (sewing the bull’s testes to its abdominal wall, which prevents protrusion and sexual intercourse).

Young bulls—starting and eight-months-old—are used for semen collection. The industry uses teaser bulls for an average of one to three years, then culled due to decreased libido. The bull studs themselves are eventually sold for meat, typically at five-years-old or more. This is because it takes at least three years to determine the “value” of heifers, female cows who have not yet had offspring, that bulls produce.