“From September on, guests can look forward to tasty, meat-free nuggets in all German restaurants,” Klaus Schmäing, Director of Marketing for Burger King Germany, said in a release.

The new vegan nuggets are made by The Vegetarian Butcher. Unilever acquired the plant-based meat brand in 2018.

“We look forward to expanding our collaboration with our colleagues at Burger King,” Hugo Verkuil, CEO of The Vegetarian Butcher, said. He continued: “Together we have created a product that we are sure that our guests will love.”

According to Burger King, the vegan nuggets look, cook, and taste similar to its chicken nuggets. The soy-based nuggets feature a golden, crispy breadcrumb exterior made form deep-fried batter.

The fast-food chain says it launched the new meatless nuggets to meet the growing demand for plant-based food. “Burger King is reacting to the steady trend towards a conscious diet and a growing number of guests who are increasingly plant-based,” Schmäing explained. 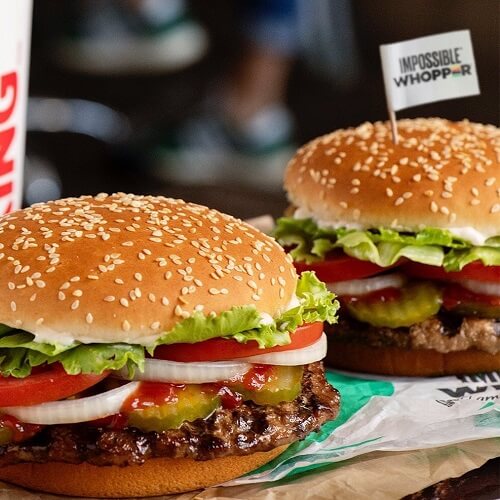 This isn’t the first time the fast-food burger joint has partnered with The Vegetarian Butcher.

In a release, Jaap Korteweg, the founder of The Vegetarian Butcher, said his goal when founding the company nearly a decade ago was “to be the biggest butcher in the world.”

“[My goal was to] create products for meat lovers, with the ambition of providing the same taste and experience, but plant-based,” he explained. He added: “Working with Burger King on the Rebel Whopper has been amazing, and we can’t wait for all Burger King guests to enjoy it.”

The European launch of the Rebel Whopper followed the chain’s introduction of the Impossible Whopper in the U.S. in 2019. California-based brand Impossible Foods produces the burger’s plant-based patty. In the month following the launch of the meatless burger, Burger King revealed its sales increased by 28 percent.