Burger King announced on Monday that it is adding Impossible Burgers to the kids’ menu and value menu at 180 locations across in Milwaukee, Cedar Rapids, Augusta, Cincinnati, and Buffalo, Wisconsin.

The burgers are available as part of Burger King’s kids’ meals, marking the first time a mainstream fast-food giant has offered a plant-based meat option on a children’s menu. 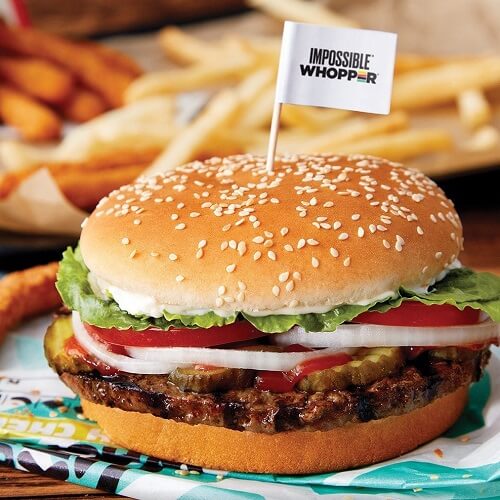 Burger King experienced a 5 percent increase in sales in the third quarter, thanks in part to the Impossible Whopper. Jose Cil, CEO of Burger King parent company Restaurant brands said during a conference call last October: “The Impossible Whopper is a huge hit with our guests and has quickly become one of the most successful product launches in Burger King’s history.”

Cil added that Burger King is working on meatless options for the Latin American and Asian markets as well.