Following the coronavirus outbreak, Malawi has banned the sale and consumption of bushmeat.

The Department of Parks and Wildlife (DNPW) revealed the decision earlier this month. It follows the outbreak of coronavirus in China, and the subsequent pandemic that is currently sweeping the globe. Experts believe the novel coronavirus originated in a live animal market in Wuhan.

Bushmeat could also lead to the outbreak of disease.

People hunt and eat fruit bats (thought to host the Ebola virus), along with other wild animals like monkeys, rats, and snakes, in a number of African countries as a cheap source of protein.

Cooking thoroughly should kill pathogens, but hunters, preparers, and those who consume undercooked bushmeat are thought to be at risk of contracting and spreading zoonotic diseases (a disease that crosses from animals to humans).

Per the Nyasa Times, Bright Kumchedwa, the director of the DNPW, wants people to understand how dangerous consuming wild animals can be.

He said at a panel discussion for the Wildlife Trust in Lilongwe: “the consumption of bushmeat carries significant health risks. We want to ensure that the public at large is well informed of these dangers.” He added that poaching is not a “soft wildlife crime,” but a serious offense.

In Ghana—where it’s estimated that people eat around 128,000 fruit bats every year—campaigners are encouraging people to stop eating bushmeat. Campaigns are also underway in Sierra Lione, Cameroon, and Nigeria.

The Risk of Disease Across Africa

The Malawi government previously banned bushmeat in the southern region of the country, following an outbreak of anthrax. The serious infectious disease, found in soil, affects domestic and wild animals.

Researchers recently put out a warning against consuming meat from animals hunted in the Mara-Serengeti ecosystem, a region that spans northern Tanzania and some of southwestern Kenya.

They warned that the meat could also contain anthrax, as well as brucellosis and Q fever (both of which are infections with flu-like symptoms). “These diseases can be deadly if left untreated,”  Vivek Kapur—a professor of microbiology and infectious diseases at the Huck Institutes of the Life Sciences in Penn State —told the East African.

The study—published in Scientific Reports—also discovered Clostridium in wildebeest. The species of anaerobic bacteria contain causative agents for two serious and potentially fatal diseases: botulism and tetanus. Microbiomes of wildebeest collected during the dry season contained more than 78 percent of Clostridial.

‘Millions’ Exposing Themselves to Disease

“Many people in sub-Saharan Africa regularly consume bushmeat, up to two-to-five times per week,” added Robab Katani, an assistant research professor of global health at the Huck Institutes of the Life Sciences. “[This] means that millions of people could be exposing themselves to these dangerous pathogens.”

In China, some experts suspect that pangolins could have hosted the coronavirus that is currently sweeping the globe. More than 720,000 people in 199 countries are confirmed to have Covid-19, the disease caused by the coronavirus. More than 34,000 have died.

As well as China, people in Africa sell pangolins for meat. They are the most trafficked animal in the world; every year, over 200,000 are poached from the wild. There are eight species of pangolin, four of which are found in Asia and four in Africa. All are under threat.

In Gabon, where pangolin is a delicacy, sales of the animal are falling.

Chinese shoppers used to visit Gabon to buy pangolin, but they no longer come, reports France 24.

Could the drop in demand save the species? Potentially, as people are now banned from eating and selling the animal in China. But not all countries have seen a change in the law or a drop in demand. Unlike Gabon, Nigeria has not yet witnessed an impact on sales.

Nigeria is one of the largest pangolin trade hubs in Africa. The country was linked to 55 percent of pangolin scales seized between 2016 and 2019.

Many campaigners hope that China’s ban could go global, meaning market-traders across Africa would have to cease selling pangolin completely.

‘Conservation is a Public Health Issue’

“The coronavirus outbreak has finally made us recognize that conservation is a public health issue,” Peter Knights, the CEO of California-based environmental organization WildAid, told Quartz Africa.

But some are cynical. Stephen Aina of the Nigerian Conservation Foundation told Quartz Africa that people did not stop consuming bushmeat following the Ebola epidemic. The West African Ebola Epidemic lasted from 2014 to 2016. It was the biggest outbreak of the disease in history, claiming more than 11,300 lives.

“Pangolins are still consumed as edible meats in the rural communities, in the same way, wildlife trade was unabated during the Ebola epidemic,” he explained. He added that many believe adding red palm oil to wildlife meat will kill viruses. This idea gained popularity during the epidemic.

The Wider Threat to African Wildlife

It’s not just pangolins at risk from the bushmeat trade. National Geographic reports that bushmeat hunting is “one of the most immediate threats to African wildlife.”

The Pan African Security Alliance (PASA), the largest association of wildlife centers in Africa, agrees. It notes that in West Africa and the Congo Basin, bushmeat is the leading threat to great apes and monkeys. In the Congo Basin, six million tonnes of bushmeat is taken from the forests every year.

“Part of the problem lies with expanding human populations and thus an increase in demand for food,” PASA explains on its website. 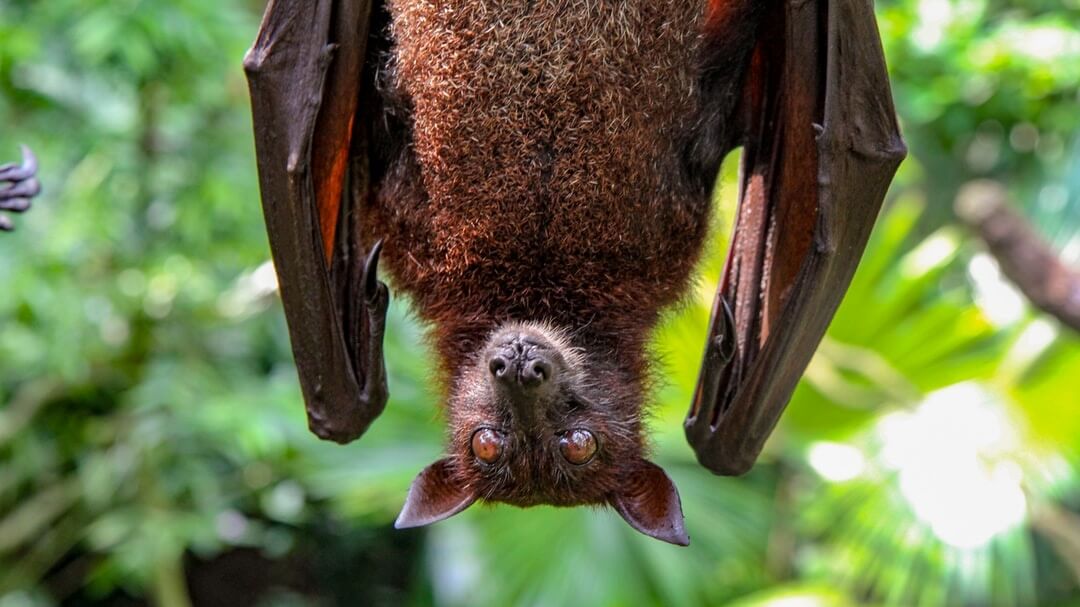