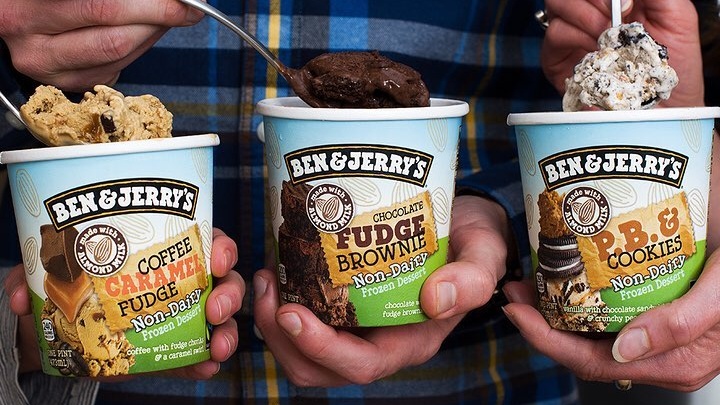 Digital media company BuzzFeed is about to wrap up its first-ever weeklong sponsorship deal with international ice cream brand Ben & Jerry’s. Starting on the first day of the month, the site promoted the brand’s nondairy flavors in honor of World Vegan Day.

According to the media giant’s campaign manager Ailbhe Malone, Ben & Jerry’s wanted to create a buzz around its nondairy offerings, of which there are nine, including plant-based versions of Chunky Monkey and Chocolate Fudge Brownie.

Buzzfeed has a high success rate with connecting and engaging readers with vegan content. Earlier this month, the site broke the news of Waitrose Food magazine editor Thomas Sitwell’s comments on “killing vegans.” The backlash was significant, and Sitwell resigned as a consequence.

Happy #WorldVeganDay! We’re celebrating with these Coconut Seven Layer Bar Cupcakes, which are for-real heaven. Get the full recipe at the link in our bio!

The new weeklong sponsorship packages – which include articles and videos – will be sold off the back of this model and will allow BuzzFeed and its brand partners to create “meaningful impact” with content, Malone explained to The Drum.

Senior vice president of strategy, Brant McLean, added, “We decided to develop [the Ben & Jerry’s package] into a vegan-themed week which allows us to do a deeper dive into the topic and provide a wealth of articles and videos.” He continued, “We are offering brands the opportunity to own meaningful conversations around relevant topics and will continue to identify more white space.”

Across the UK, more and more young people are choosing to ditch meat or reduce their consumption of animal products considerably. BuzzFeed’s choice of vegan ice cream for its first sponsorship package reflects this demand, as its content is very much driven by its readers. McLean noted that all of the site’s content “represents” its audience.