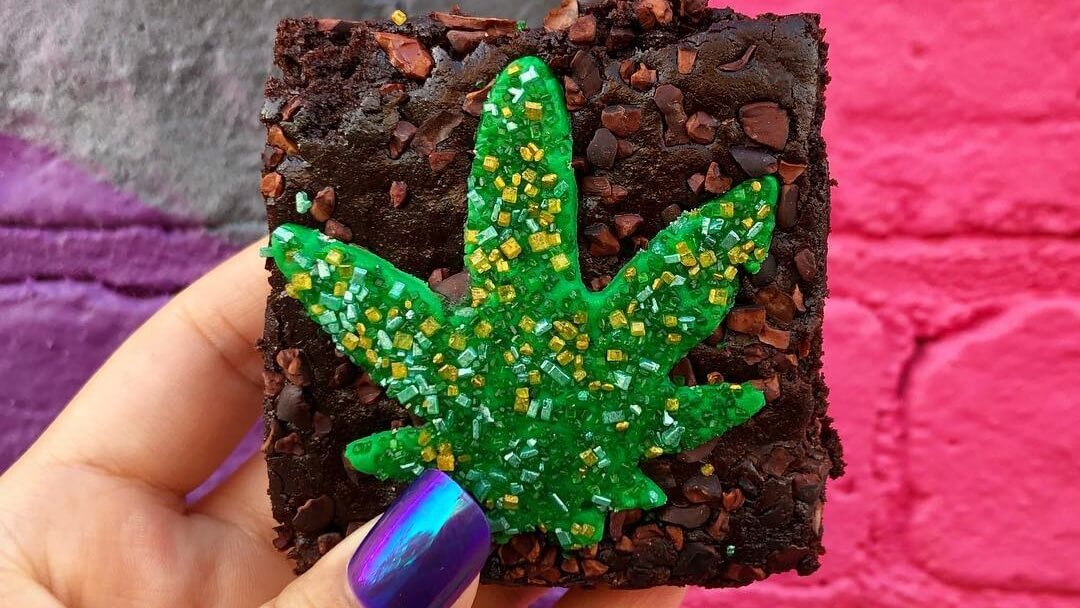 Cannabidiol, or CBD, is the cannabinoid component of cannabis; it won’t get you high, but many believe it has a relaxing and calming effect, and may help those who suffer from chronic pain or anxiety.

The limited edition collection, which includes brownies, cookies, cupcakes, and cookie sandwiches, launched with a pop-up in the two Sweets by CHLOE. locations in New York City. Since then, the pop-up has made its way across the pond for a six-week takeover in London, in both the by CHLOE. Tower Bridge restaurant and its location in Convent Garden.

This is not the first time the chain has released CBD-infused products; in April, on 4/20, an annual celebration of marijuana, by CHLOE. released the Daily Hit Brownie at its Bleeker St. store in New York.

“I am a big believer in the benefits of CBD and the potential of this ever expanding industry,” said the co-founder of the chain Samantha Wasser in a statement. “After seeing the overwhelming positive response we received from our Daily Hit Brownie in New York earlier this year, I was inspired to create a full line of CBD-infused items for by CHLOE. customers in the US and UK.”

Founded in 2015 by Samantha Wasser and Chloe Coscarelli – Coscarelli split from the company in 2017 – by CHLOE. specializes in fast-casual vegan dining. The goal of the chain, Wasser previously revealed, was to bring plant-based food to the masses. Now, she hopes to do the same with CBD-infused products.

The CBD market is beginning to take off; Yogland, a London-based frozen yogurt brand, launched CBD-infused yogurt earlier this year. And cruelty-free beauty brand Milk Makeup launched “Kush” a new range of vegan CBD-infused mascara and brow gel in July. According to the cosmetics company, CBD doesn’t just help with anxiety and chronic pain, but it also helps to condition brows and lashes.