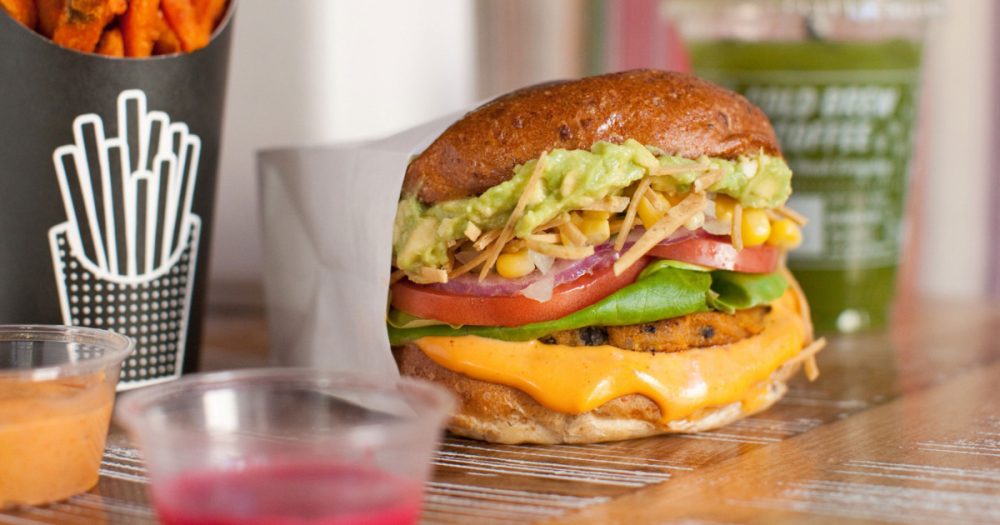 Before the chain have even opened their first UK restaurant, By Chloe have already secured their second London site. As part of a $13 million expansion outside of the USA, By Chloe announced last month that their first European restaurant would open in Covent Garden, London, this autumn. It’s expected that By Chloe will soon expand into other countries in Europe and the Middle East.

The second restaurant will be at One Tower Bridge and will join a whole host of other popular dining spots.

The completely vegan chain have made their name offering a variety of plant-based comfort foods, with the customer favourite in the US being the ‘guac burger’. They also offer treats for your furry companions such as ‘pupcakes’, healthy cupcakes suitable for dogs. In the US, each city has a By Chloe signature dish that is not part of their normal menu. They haven’t yet announced which signature dish will appear in the two new London restaurants.

London’s vegan scene has been growing rapidly in recent months. To the delight of bloggers such as Fat Gay Vegan, the Hackney Downs Vegan Market has been made a weekly event; King Cook’s Boxpark restaurant, Cook Daily, has become so popular that he is soon to start filming his own cooking show; and a Vegan Night Market will be held in Brick Lane on 28th September.

By Chloe’s co-founder and president, Samantha Wasser, recognised the potential success for a London location and decided to make it the first area outside of the US home to one of her restaurants. ‘I’d read that London is one of the greatest food scenes in the world…once I visited, I saw what the hype was about,’ says Wasser.

Before continuing to expand internationally, the chain plans to obtain a third UK location. It is unclear whether they will branch out into other UK cities or if the third site will also be in London.