UK burger chain Byron has launched a new range of vegan milkshakes, including the UK high street’s first ever vegan “freakshake”. The new menu additions are in response to consumer demand, following the recent successful launch of its plant-based beetroot burger “the Beetnik.”

The brownie pieces for both the milkshake and the freakshake are sourced from Vegan Antics Bakery, a vegan only bakery which delivers its cupcakes, biscuits, flapjacks, and other plant-based baked goods across the UK. 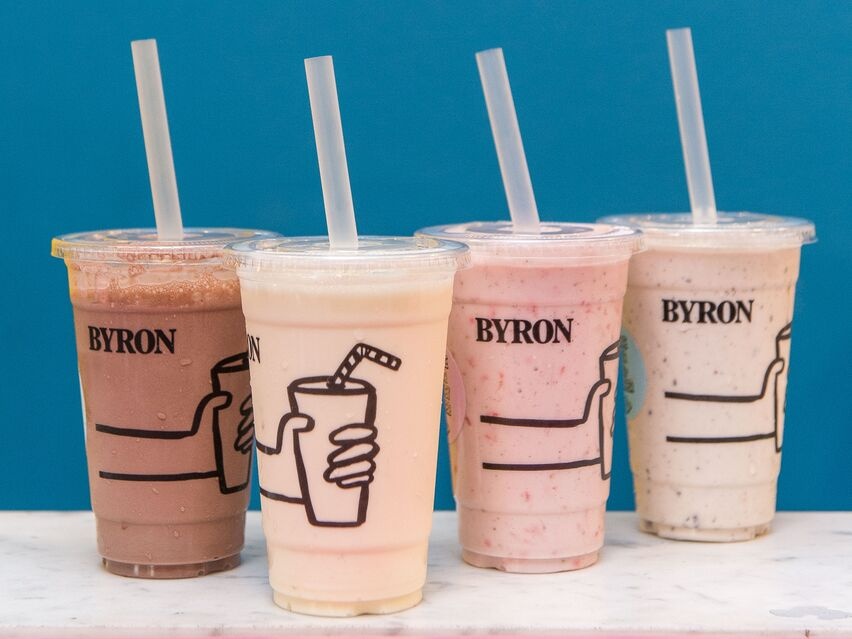 “Since the launch of our new menu, we’re now seeing one in ten customers choosing one of our vegan or vegetarian burgers,” said Paul Mason, the head of food at Byron, in a statement. “The feedback we kept hearing was that our non-dairy drinking fans longed for vegan versions of our extra-thick shakes, so these new additions to the menu means that nobody needs to miss out.”

The Beetnik, the chain’s first-ever vegan burger, was launched back in April and consists of a beetroot falafel patty, served with avocado, red onions, baby kale, and red pepper ketchup. At the time, Mason dubbed the launch the company’s “most significant yet.” He stated, “Byron has always been a pioneer of proper burgers and this menu aims to reflect the growing breadth of modern British burger tastes. Whether you’re a meat-lover, veggie, vegan or simply having a meat-free Monday, you’ll find yourself at home in a Byron.”

Byron isn’t the only burger chain to launch new dairy-free shakes. In Sweden, one of the nation’s leading fast-food chains Max Burgers has swapped all of its dairy shakes for vegan alternatives. The chain has a reputation for being environmentally conscious and, whilst it does serve meat, it consistently pushes its veggie and vegan options to customers.