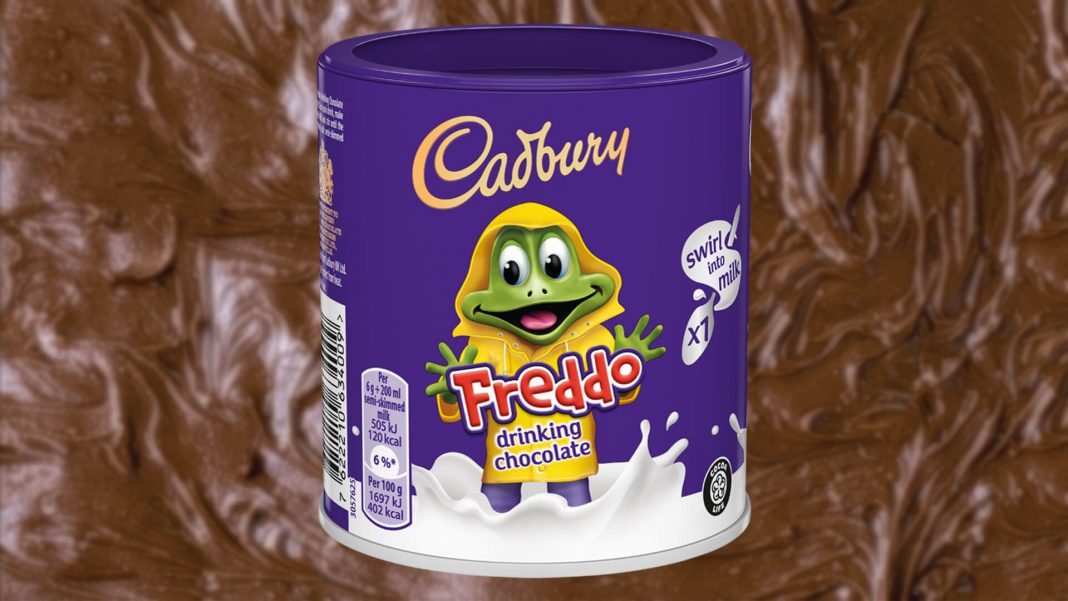 Cadbury’s lovers looking for some comfort in the current UK political climate can celebrate — the company’s Freddo hot chocolate is vegan.

It also means the Freddo hot chocolate can be mixed with your favorite plant-based milk to create an indulgent vegan hot drink.

Cadbury's Freddo drinking chocolate is #accidentallyvegan ? Find it in most shops. Thanks for the reminder @vegan_kee who got it from @bm_stores ?

Those who grew up in the UK will be familiar with the heated debate the mention of the name Freddo can ignite.

The most common outrage is caused by how dramatically the price of Freddo bars has increased since its launch in the 1990s. When originally released, the bars cost just 10p, a figure which rose to more than double, costing 30p in 2017. Some have even observed that the rate of inflation can be measured by how much a Freddo bar costs.

A spokesperson from Mondelez — the company that owns Cadbury’s — explained to the BBC, “it is well reported that food and drink manufacturers have been experiencing increasing input costs for some time which, coupled with recent foreign exchange pressures, are making food products more expensive to make.”

However, it’s not just the chocolate bars themselves causing controversy. Eagle-eyed consumers will have spotted that there may, in fact, be no difference between the Freddo hot chocolate and Cadbury’s Drinking Chocolate — except the price.

Both the vegan-friendly ingredients and calories per serving are the same for both products, however, the Freddo pots were being sold at 86p per 100mg, whereas the Cadbury’s pots were 60p per 100g, according to a 2017 article by The Sun.

A spokesperson for Mondelez told Metro at the time “Cadbury Freddo Drinking Chocolate is designed to be a treat for families and we recommend a serving suggestion which ultimately delivers a completely different taste and chocolate experience than Cadbury Drinking Chocolate, which is designed for adults.”

According to Instagram account Accidentally Vegan, the Freddo hot chocolate can be found in most supermarkets and shops across the UK.