Faced with milk’s declining profitability, some California dairy farmers have “diversified” with almond groves over the past few years.

In California, one of the biggest dairy states in the country, some farmers have converted land to almond tree groves. Richard Waycott, CEO of the Almond Board of California, told Food Navigator in 2017 that production is expected to rise to 3 billion lbs by 2021.

This includes farmers “that might have traditionally planted x-hundred acres of corn or silage for their dairy herds, but are now sourcing that from out of state and diversifying into almonds.”

An August 2017 video posted by the California Ag Network encourages “diversifying” into almond groves. Dairy Herd Management has even recommended the strategy. According to The Vegconomist, the average income for a dairy farmer was $43,000 in 2017 — but one Minnesota farm reportedly makes less than $15,000. 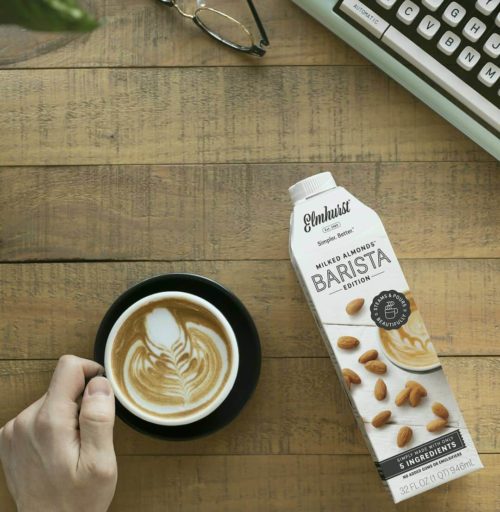 Despite pushback from dairy lobbyists on what can be labeled “milk,” consumers are embracing dairy-free alternatives. New data shows that 75 percent of consumers are in favor of calling vegan milk “milk.” And it’s a popular grocery staple, vegan or not — nearly half of American consumers buy both plant-based and dairy.

There are several reasons why more are choosing vegan milk — some choose it for the health benefits while others opt out of cow’s milk over environmental or animal welfare concerns.

The vegan milk market is expected to surpass $37.5 billion by 2025, according to Global Market Insights.