Senator Cathleen Galgiani has introduced a bill to ban the captivity of whales and dolphins in California.

Senate Bill 1405, The Dolphin Protection Act, would make it “unlawful to hold, breed, import, or export a cetacean.”

The bill would ban marine parks like SeaWorld—which has a location in San Diego—from keeping whales and dolphins on display for entertainment purposes.

“We should not rely on cruel and inhumane treatment of any creature simply for our entertainment,” said Senator Galgiani in a statement.

“Dolphins are incredibly intelligent beings that suffer a range of health problems and stress as a result of being held in captivity.” 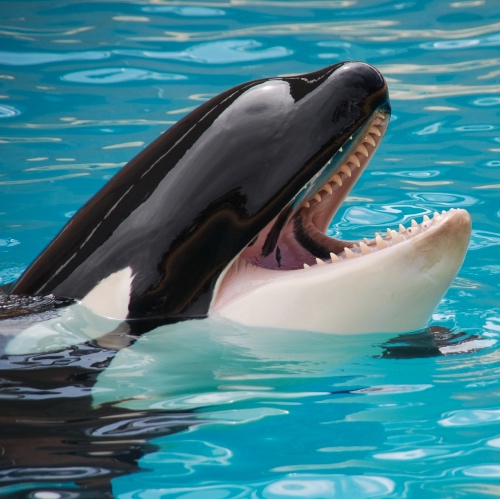 In the ocean, they can roam vast distances, dive deeply, and live in tight-knit family units. Research shows cetaceans suffer in tanks because enclosures cannot adequately replicate the ocean.

According to the wildlife charity Whale and Dolphin Conservation, a captive orca would have to swim around his or her tank at SeaWorld 1,400 times per day in order to match the distance a wild orca swims in the ocean.

Tanks are “generally less than one-ten thousandths of one percent” of a cetacean’s natural habitat range.

South Carolina is currently the only state in the US that prohibits the display of cetaceans. In 2016, California passed a bill that banned the captivity and breeding of orcas.

“We cannot continue to bring [cetaceans] into captivity where they will spend their entire lives in a concrete tank,” Marc Ching, Founder of Animal Hope in Legislation, said in a statement.

“California is a leader in animal welfare policy,” he added. “[T]hanks to Senator Galgiani’s bill, many of these animals will be able to stay where they belong, in the wild.”

California’s current animal-friendly legislation includes a fur ban, a prohibition on the use of wild animals in circuses, and a ban on puppy mill sales in pet stores.