California now has a vegan lobby group. The California Plant Based Alliance (CPBA) is a new political advocacy group that aims to protect the rights of consumers as well as companies making vegan products.

As the fifth-largest global economy, California is in a unique position to influence the plant-based food market. The CPBA will sponsor legislative change to ensure the fair marketplace representation of plant-based products and companies.

The advocacy group will also ensure that California-based brands are leading the way. The state is home to several leading vegan food brands. These include Miyoko’s Creamery, Follow Your Heart, Beyond Meat, and Impossible Foods.

Judie Mancuso—founder and president of the CPBA—is experienced with leading change. She is also the founder of Social Compassion in Legislation (SCIL). The political advocacy group works to facilitate better rights for animals. SCIL worked with California politicians to pass SB 1138. The bill guarantees plant-based meal options in hospitals, prisons, and healthcare facilities.

The organization’s success led to the realization that the plant-based food space would benefit from a similar group.

“What we found when advancing and passing plant-based bills in the Capitol, is that the plant-based industry does not have a voice such as the various segments of the animal agriculture industry,” Mancuso said in a statement. 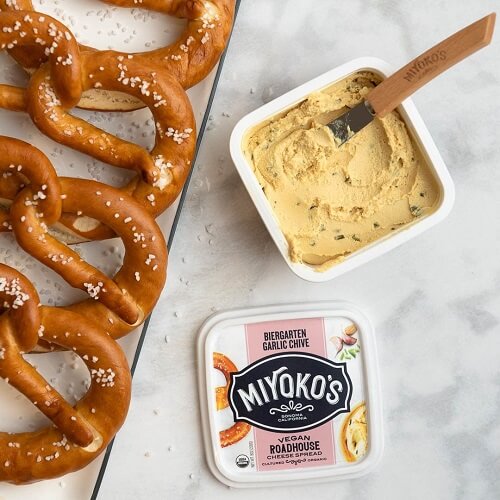 The CPBA will advocate for fair representation of vegan food brands. | Miyoko’s Creamery

The Rise of the Plant-Based Food Industry

Mancuso continued: “We will amplify the burgeoning plant-based industry’s voice in the Capitol to gain equal access to the marketplace and fair regulation. I felt the industry deserved its own special interest group and why I decided to create the Alliance.”

The plant-based food industry is booming. According to SPINS retail data, U.S. vegan food sales reached $4.5 billion last July, a 31 percent increase in two years. In comparison, total retail food sales grew only 4 percent in the same timeframe. The dairy alternatives market accounted for $1.2 billion of those sales. Sales of vegan meat are set to reach $1 billion for the first time ever this year, according to the Good Food Institute, a nonprofit group that advocates for the acceleration of plant-based products.