The Cambodian tourist town of Siem Reap—known as the “gateway” to the largest religious monument in the world, Angkor Wat—has banned dog meat.

The Siem Reap Provincial Department of Agriculture, Forestries and Fisheries made the announcement on July 6, according to animal welfare organization Four Paws.

Approximately three million dogs are slaughtered for meat in Cambodia every year.

In a statement, authorities said the dog meat trade “has caused the infection of rabies and other diseases from one region to another, which affects the public health.”

They added the “catching, buying, selling, and slaughtering of dogs … will be punished severely.”

The move follows a year-long investigation by Four Paws. The group released a report detailing the public health risks associated with the trade. These include the spread of rabies and zoonotic diseases.

Dr. Katherine Polak, veterinarian and Head of Four Paws Stray Animal Care in Southeast Asia, praised the decision. She said she hopes the announcement will inspire others to follow suit.

“The historic decision by the Siem Reap government to ban the stealing, trading, and killing of dogs is a huge milestone for animal welfare in Cambodia. And is reflective of current sentiment among Khmer people,” she said. 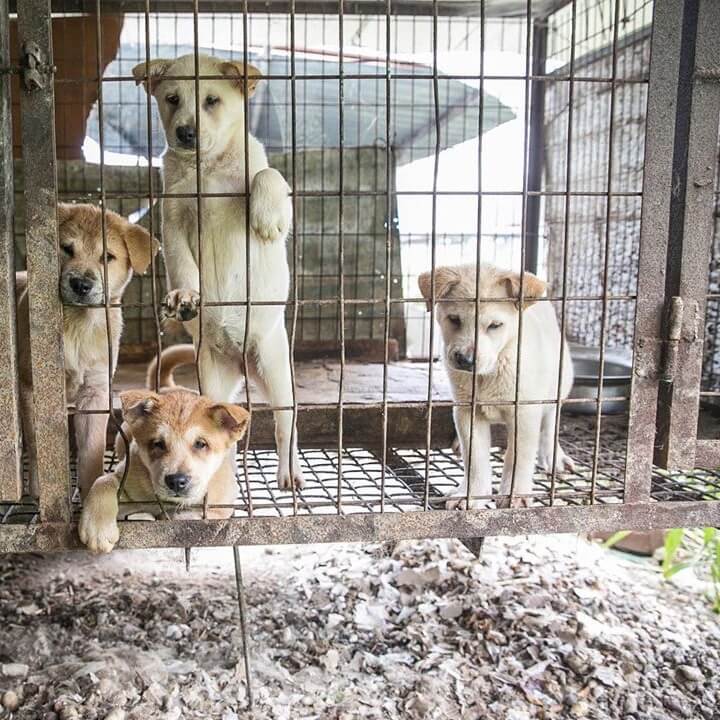 Cambodia isn’t alone in trading dogs for meat. It happens in other countries in Asia, including Vietnam, Indonesia, and China.

In 2018, Hanoi became the first city in Vietnam to announce a ban on dog meat. Officials said it would be gradually phased out, with no more dog meat restaurants in the city by 2021.

In Indonesia, the Karanganyar administration announced in June 2019 it would shut down all dog meat stalls throughout the district, located in Surakarta, Central Java.

In April 2020, Shenzhen became the first city in China to ban the consumption of dog and cat meat.

The legislation came into effect on May 1. Dog and cat meat are no longer allowed to be sold at restaurants or live markets. The legislation also includes a permanent ban on the breeding, consumption, and sale of wildlife for human consumption. This includes lizards, snakes, and other wild animals.

Following Shenzhen’s ban, the Chinese Ministry of Agriculture and Rural Affairs published a draft document stating dogs and cats shouldn’t be slaughtered for their meat. It supplied a list of animals deemed livestock. These include pigs, ducks, and chickens. Dogs and cats were not on the list.

Shortly after the announcement, Zhuhai became the second city in China to ban the consumption of dog, cat, and wild animal meat. The city’s ban also took effect on May 1.