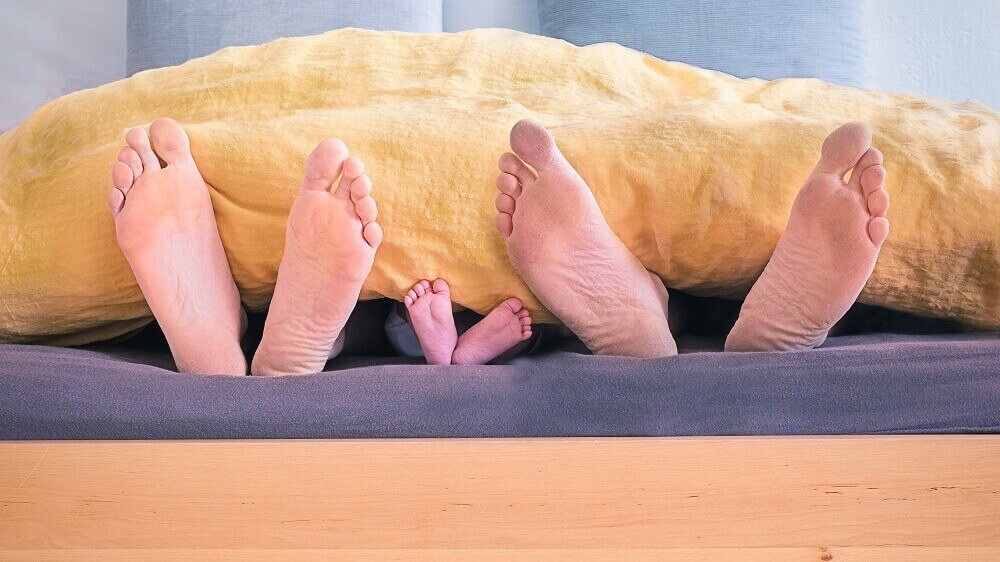 Can a vegan diet improve your sleep? A lot of us have had those nights where we know that we need to wake up earlier than normal, but—instead of letting us sleep—our mind repeats every awkward attempt at social interaction dating back to high school.

Having trouble sleeping is actually pretty common. Research shows that chronic insomnia affects approximately 30 percent of the population. Fifty percent of the adult population experiences occasional bouts of insomnia, according to the Cleveland Clinic. But could you improve your sleep by changing your diet?

According to the Sleep Foundation, melatonin, a hormone that regulates the sleep-wake cycle, can help you sleep better. The body produces melatonin first by converting tryptophan from food to serotonin and then melatonin. At night, it’s secreted by the pineal gland to induce and maintain sleep.

Tryptophan is most often associated with turkey meat. But this commonly-held idea is actually false. There is no more tryptophan in turkey than there is in other types of meat. The real culprit may actually be large holiday meals. According to the foundation, big, carbohydrate-rich meals can make you feel sleepy. This is because carbohydrates make tryptophan more available to the brain.

Protein is a building block of tryptophan, which is why snacks that combine protein and complex carbs are among the best bedtime snacks. However, Live Science notes that you need to eat 15 grams of tryptophan in order to feel its sedating effects. This would be the equivalent of eating a pound of turkey.

Why Take Melatonin For Sleep?

Melatonin supplements are popular sleep aids: more than three million Americans used them in 2012, according to a survey from the Centers for Disease Control and Prevention.

Luis F. Buenaver, an assistant professor of psychiatry and behavioral specializing in behavioral sleep medicine at Johns Hopkins University, says that our bodies produce melatonin naturally. He recommends taking melatonin supplements on a short-term basis “if you’re experiencing insomnia, want to overcome jet lag, or are a night owl who needs to get to bed earlier and wake up earlier, such as for work or school.”

The body begins producing melatonin about two hours before one’s regular bedtime. To help your body produce melatonin, Buenaver recommends keeping the lights low, putting away your computer, smartphone, or tablet, and staying at least six feet away from your television screen. You can also “reprogram” your body to produce melatonin for sleep at the right time by getting enough sunlight in the morning and afternoon.

He adds that supplements can help with occasional insomnia. Research also indicates that melatonin supplements could help people with insomnia fall asleep faster.

Buenaver recommends taking one to three milligrams of melatonin before bedtime. You should stop taking it if it doesn’t work after a couple of weeks. According to Johns Hopkins, you should not use melatonin if you are pregnant, breastfeeding, or have an autoimmune disorder, a seizure disorder, or depression. Those with diabetes or high blood pressure should consult their healthcare provider.

How does melatonin compare to CBD? Short for cannabidiol, CBD is the second-most prevalent component of the cannabis plant—the other being THC, which is what gives you mind and body highs.

More research is needed in order to better understand if CBD can help you sleep. Dr. Michael Breus, a clinical psychologist and sleep doctor, told Bustle that many people associate CBD with sleep because of its anti-inflammatory properties. “We also know it helps with lower inflammation. We know that lower inflammation helps with sleep,” he said.

Want to get a better night’s rest? As noted earlier, you actually need to eat a lot of tryptophan in order to feel its effects. Having a small snack two hours before bedtime could still help you sleep, but no food is guaranteed to make you sleep.

Combining carbohydrates and protein helps you feel full, which is why vegan cheese and crackers is a great choice for a pre-bedtime snack. Dairy-free brand Daiya’s Farmhouse Blocks have the texture of sharp cheese. If you prefer a softer cheese, try the cashew-based wheels made by California-based brand Miyoko’s. You could even try making your own vegan cheese at home.

A one-ounce serving of popcorn contains 21 grams of carbohydrates. Try having it with some dairy-free butter and a sprinkle of nutritional yeast to give it a cheesy flavor. Or, just grab a bag of store-bought popcorn.

Spread some nut or seed butter on toast for a quick, easy snack that combines both carbohydrates and protein. You could also make your own nut butter using a high-powered blender or food processor. Or, try avocado toast.

Because they are rich in potassium, which acts as a muscle relaxant that helps you sleep, bananas make an excellent evening snack. Try combining them with other foods on the list, like sliced bananas on peanut butter toast.

Like bananas, kiwis contain a decent amount of potassium. According to Healthline, Kiwis are thought to improve sleep due to their serotonin content as well as antioxidants such as vitamin C and carotenoids. But, further research is needed to confirm if eating kiwis before bedtime can improve sleep.

Some research suggests that eating almonds or walnuts before bed could help you sleep. This is because both nuts are a source of melatonin. But, further studies are needed to confirm if having almonds and walnuts can help you sleep.

Tart cherries are naturally rich in melatonin, so they may help you sleep well. According to Healthline, they also contain tryptophan and anthocyanins, two compounds that help the body create melatonin. Try a small glass of tart cherry juice before bed if you’ve been having trouble sleeping.

Chamomile tea has long been used by many as a sleep aid. The tea contains an antioxidant called apigenin, which may lower anxiety and initiate sleep. But, further studies are needed to confirm chamomile’s true effectiveness in helping you fall asleep. Still, a cup of tea before bed (maybe paired with one of the snacks above) helps you relax.