Humans have consumed honey for centuries. Bees have been making it for even longer. The insect first started making honey around 200 million years ago, long before humans even existed on planet Earth.

Honey is loved the world-over, but there’s one section of society who aren’t always comfortable with its consumption: vegans. If you do still eat honey, can you call yourself a vegan?

Not out of place on the breakfast table, honey is a thick, golden liquid. We spread it on toast, add it to cereal, and pour it on pancakes. It’s even meant to help you get better if you’re suffering from a cold or the flu. But what actually is it?

Honey is made from nectar that bees collect from flowering plants.

According to Live Science, “nectar — a sugary liquid — is extracted from flowers using a bee’s long, tube-shaped tongue and stored in its extra stomach, or ‘crop.’ While sloshing around in the crop, the nectar mixes with enzymes that transform its chemical composition and pH, making it more suitable for long-term storage.”

The honeybee returns to the hive with the nectar in its crop, which it passes to another bee via regurgitation. This process is repeated before the nectar is deposited into a honeycomb. It’s not honey yet though. The bees must then work very hard fanning the liquid to help evaporate the extra water in the nectar.

When most of this water has evaporated, the bee seals the honeycomb. It does so with a secretion of liquid from its abdomen. Eventually, this hardens into beeswax. 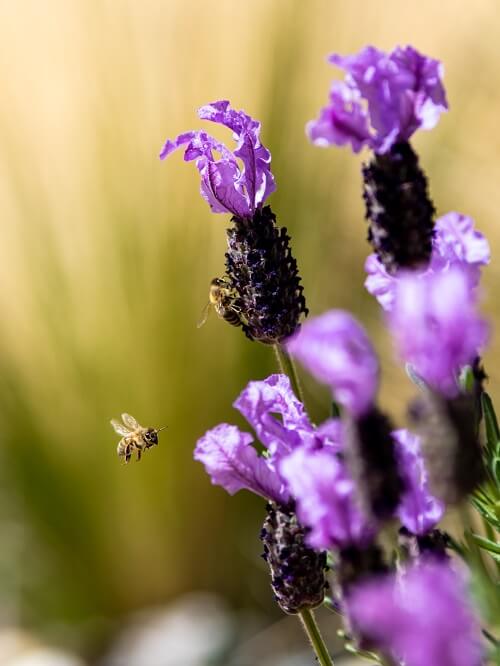 Honey is an important source of food for bees.

Why Do Bees Make Honey?

Honey is one of the primary nutrition sources for bees. They make it to store food for the winter months, when there are fewer flowers around to gather nectar from. Bees must help their entire colony survive through the winter, including the queen bee.

Honey is high in sugar, making it a vital energy source. Buzz About Bees says on its website, “when you consider that whilst flying, a honey bee’s wings beat about 11,400 times per minute, you can guess they need a great deal of energy.”

They don’t just need the energy to fly outside of the hive. Bees are working hard inside too, as they must flap their wings to regulate the temperature.

It’s long been debated as to whether or not honey is actually vegan.

Meat, dairy, and eggs are easier to place into the “not vegan” category. Saying that, some people eat backyard chicken eggs and adhere to a plant-based diet the rest of the time. People who do this may still call themselves vegan because they don’t feel they are harming chickens.

The Vegan Society defines veganism as “a way of living which seeks to exclude, as far as is possible and practicable, all forms of exploitation of, and cruelty to, animals for food, clothing or any other purpose.”

If you’re not causing any harm to the chicken by eating its eggs, by definition, are you still vegan? Perhaps. It depends on your point of view. The same goes for honey.

The Vegan Society believes that honey is not vegan. It states on its website, “honey is made by bees for bees, and their health can be sacrificed when it is harvested by humans. Importantly, harvesting honey does not correlate with The Vegan Society’s definition of veganism, which seeks to exclude not just cruelty, but exploitation.”

In commercial honey production, the queen bee can be artificially inseminated and have her wings removed to prevent her from leaving the hive and colonising a different one. Some beekeepers will also take all of the honey, enabling them to sell it for a profit. It could be argued that this is then exploitative and therefore does not fit with The Vegan Society’s definition.

But some vegans do use bee products. 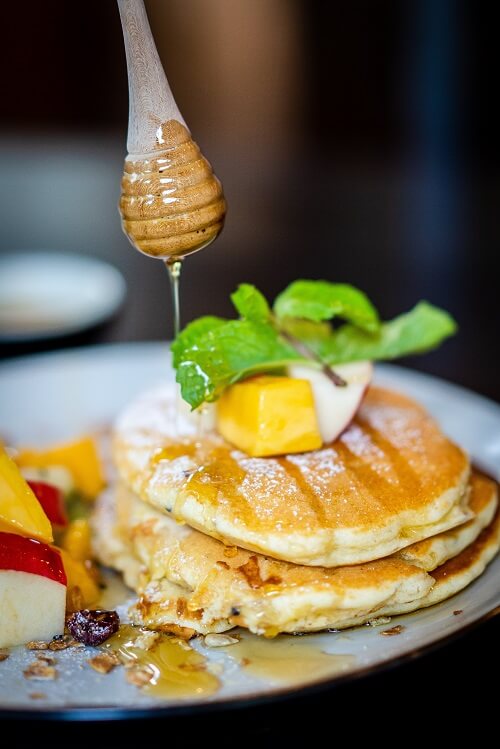 Is honey ever vegan?

The issue is not black and white. Like with anything, there are grey areas. As with backyard chickens, some argue that locally-produced honey from a small beekeeper is ethical to eat.

There are a number of different types of beekeeping. In “balanced beekeeping,” only excess honey is removed from the hive. There is also “natural beekeeping,” where keepers leave the hive alone, allowing the process to be as natural as possible.

Whether a vegan who eats honey from a balanced beekeeper is still a vegan is entirely down to perspective.

Vegan journalist Aine Carlin writes for the Guardian, “while I personally don’t consume honey and haven’t done for years, I can wholly understand why some self-proclaimed vegans have no issue in purchasing local, raw honey. Of course this is a hugely contentious issue that evokes strong emotions but for me this is about making a personal, informed decision not driven simply by the definition of a word.”

Infighting in the vegan community is not uncommon. Impossible Foods’ “bleeding” Impossible Burger sparked backlash from some. Some believe that heme, a key ingredient, isn’t vegan because it was tested on animals.

Heme was not used in food prior to the development of the Impossible Burger. The company faced the agonizing dilemma of testing it on rats in the hope of earning FDA approval. It did earn FDA approval. And Impossible Foods justified its decision by drawing attention to the potential billions of animals that could be saved by producing the beef-like Impossible Burger for the masses.

Vegan blogger Jessica Hoar wrote for LIVEKINDLY about the divide in the vegan community, caused by some accepting nothing less than the perfect application of the definition. She noted, “vegans, we have a problem. We’re insulting each other, we’re alienating each other, we’re destroying each other’s businesses and reputations, and we’re playing right into the hands of the animal exploitation industry.”

“To paraphrase a line from one of my favorite television Presidents (Jed Bartlett of The West Wing), we’re eating our young,” she continued. “And if we don’t get our act together soon, this movement we’re all passionately fighting for will never make the impact we crave or the change the animals need.”

The situation with honey isn’t identical to that of the Impossible Burger, but there are some parallels. If we are too strict with the rules, doesn’t it just make the movement seem unattainable for the masses?

It’s a fact that honey consumption is not always ethical. It doesn’t always, if ever, fit with the definition of veganism. But most would agree that the main focus of the vegan movement is to promote the accessibility of plant-based foods. It is also to save the billions of factory-farmed animals who are slaughtered every year.

Focusing our efforts on whether or not some people occasionally consume honey from balanced beekeepers seems an ineffective use of valuable time.

Want to Be the First to Try New Plant-Based Products? Start Here.