Canada is one step closer to banning dolphin and whale captivity.

Currently, the nation has two marine parks with cetaceans in captivity: Vancouver Aquarium and Marineland. The former has a lone Pacific white-sided dolphin named Helen, as it officially announced the end of its captive dolphin and whale program at the beginning of 2018.

Marineland, however, currently owns around 61 cetaceans, including an orca, bottlenose dolphins, and 55 beluga whales (the world’s largest “collection,” according to the park).

Thanks to a new bill, no other aquarium or marine park in the country will be allowed to follow in Marineland’s footsteps. Bill S-203 — which cleared the Senate in Fall last year –has passed the Commons fisheries committee unamended.

According to CBC, if it’s passed by Parliament, the bill will mean that any new park or aquarium holding a dolphin, whale, or porpoise in captivity for the purposes of entertainment will face a fine of up to $200,000.

As it has existing cetacean stocks, Marineland is exempt from the penalty. However, many Canadians and activists hope that these animals will be moved to a sea sanctuary. According to Camille Labchuck — the executive director of animal advocacy group Animal Justice — the general opinion across Canada is that these animals should not be held captive and forced to perform.

She told CBC, “probably over 20,000 emails and phone calls were made in the days proceeding this vote. This [captivity ban] is something Canadians across the country are really ready for.”

“They’ve seen Blackfish and The Cove, they understand that whales and dolphins shouldn’t be kept in tanks anymore,” she continued. “Those in the wild travel vast distance, dive deeply, live in complex family structures and enjoy a quality of life that is much better than the abject misery and barrenness of living in a tank.”

While cetacean captivity is on its way out in Canada, in the U.S., the pressure is still mounting against marine park chain SeaWorld.

The subject of the 2013 documentary exposé Blackfish has three locations in the country. It has announced no plans to end the captivity of cetaceans, however as Americans become more aware of the animal rights issues associated with the park, profits and ticket sales are consistently in decline. 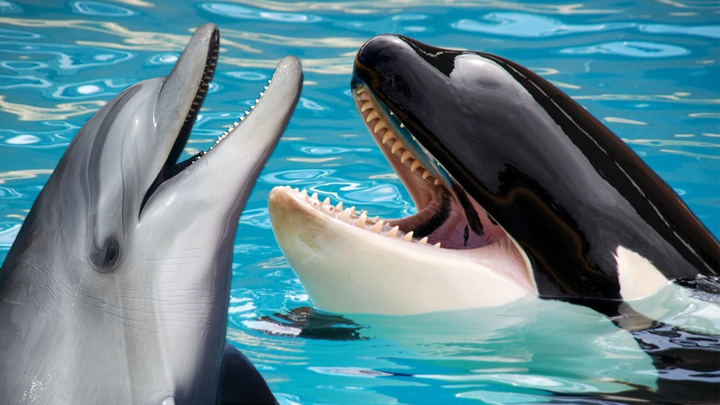 Article Name
Canada Is About to Ban Dolphin and Whale Captivity
Description
Canada is one step closer to a ban on dolphin and whale captivity; the "Free Willy" bill S-2013 has cleared the Senate and the Commons fisheries committee.
Author
Charlotte Pointing
Publisher Name
LIVEKINDLY
Publisher Logo