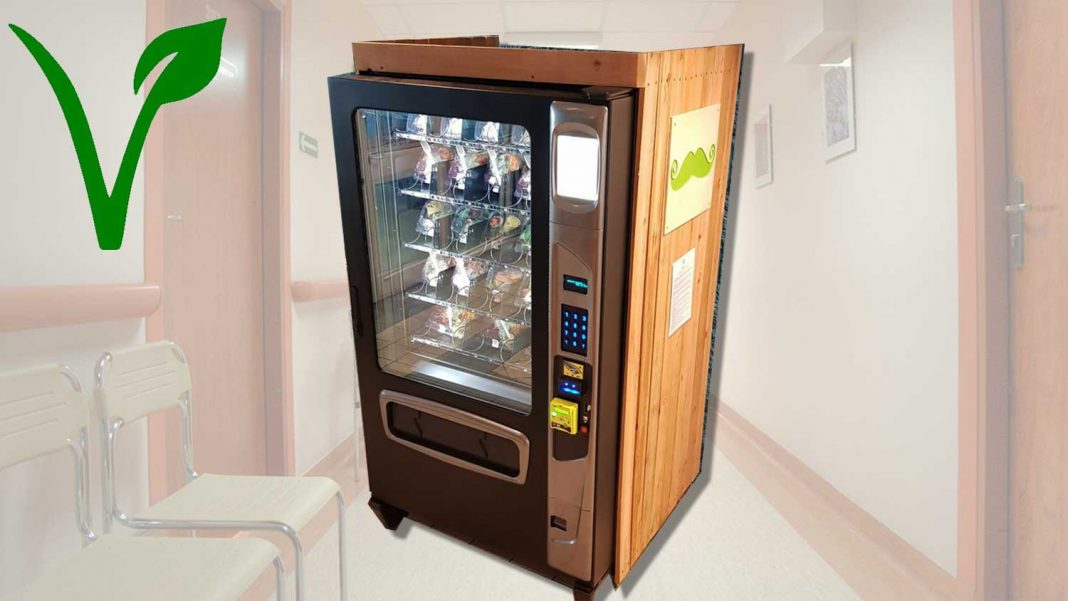 Patients and staff at Lions Gate Hospital in North Vancouver could soon have access to a completely vegan vending machine, thanks to The Green Moustache plant-based cafe franchise.

The company – which first launched its vegan vending machines in Whistler last spring – is in talks with Vancouver Coastal Health and hopes to bring its vending machines to hospitals across British Columbia, starting with Lions Gate.

The Green Moustache aims to one day have its cafes in Canadian hospitals. However, until then, it hopes its vegan vending machines will do the job of serving patients and medical staff alike its healthy, sustainable, plant-based food.

“It is honestly a much better option because we can get one up and running in a matter of days and it can technically provide the same volume of food we could provide in the café,” co-founder of The Green Moustache Nicolette Richer told Pique News.

The franchise, which has several locations across British Columbia, serves organic whole food plant-based meals, which are designed to “nutrify and detoxify your body, mind, and soul” according to the company’s website.

Did you know? 👉 Heavily processed foods are extremely low in essential nutrients & full of refined ingredients such as fat, salt & sugar. . At the Green Mo', your health is our #1 priority, which is why all of our meals are made with fresh, whole foods (even our dressings & condiments). 🌱 . Visit our checklist through the link in our bio to see what prioritizing your health really means to us. ✅

According to Richer, the quality of the food served in the vending machine is the same as the dishes The Green Moustache serves up in its cafes; she hopes it will help busy staff, in particular, access healthy meals during and after their shifts.

“Normally [staff] can’t access food [24/7] in the hospitals,” she explained. “They have to rely on the one or two restaurants that might be open in the community, which often results in gas-station food and things like that.”

She added, “I have a feeling that it’s going to be successful just based on the fact that people will be able to get all of our food, which they can warm up, for example, in their own kitchen.”

Through its vending machines, Richer and the Green Moustache team hope to show Canadians that healthy, sustainable, plant-based meals and snacks can be just as accessible as junk food, which is normally found in vending machines.

It hopes its vegan vending machines will one day be located in hospitals, schools, and sports centers up and down the country.