Two London, Ontario locals have filled a gap in the city’s food bank system by launching its first plant-based nutrition assistance program, the London Vegan Food Bank for Canadians in need. The duo hopes to support the community by offering food that does not require the hungry to compromise their dietary values. It’s not about “beggars can’t be choosers,” it’s about equal access to nutritious food.

Co-founders Cassidy Jordyn and Brennan Moore stated that despite the reputable efforts of the city’s current food banks, there remained a need for plant-based options. Jordyn told CBC News that although many food banks “do great work,” none offer entirely vegan boxes.

She said, ”A lot of people who might be in a position to use the food bank and follow a vegan diet are out of luck.” London-based vegans in need of food assistance were forced to either make exceptions to their ethics or go without.

Applicants are required to fill out intake forms to determine if they qualify for high, medium, or low food needs, then boxes of plant-based food are delivered to them based on their qualification. 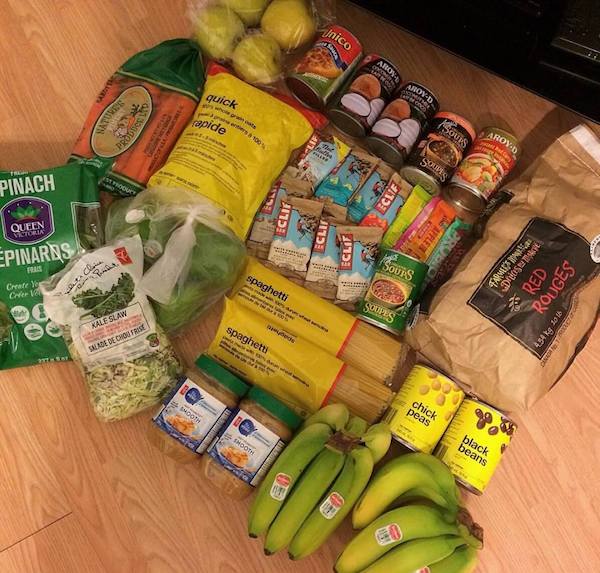 Unlike traditional food banks, the boxes are fairly produce-heavy. The contents are sourced by donations from local Canadian farms and food companies who often have leftovers. Jordyn explained, “Sometimes certain companies can’t keep food items because of their shelf life, so they donate them to us. That way we also help reduce food waste.”

Beyond produce, then boxes also contain comforting foods such as vegan muffins, chips, pasta, bagels, shelf-stable plant-based milk, and even Oreos. The London Vegan Food Bank doesn’t want its recipients to feel limited because of their vegan diet or their situation. They want to empower individuals by providing both nutritious and familiar food.

Jordyn and Brennan hope to expand on their idea by opening a brick-and-mortar food shop with a pay-what-you-can pricing model. Not only would this allow them to provide a wider variety of food to qualified recipients, it would also help streamline the delivery process, which has proved to be a challenge in the past.