Knowing that the company making your clothes is as kind to people and the planet as it is to animals is important. In a global economy, many companies have turned to overseas manufacturers for cheap labor and production costs.

According to RTE, the real cost of a $5 shirt (or $15 coat) is low wages and unsafe working conditions for the people making it. Seven-day working weeks can be the norm during peak production times, with workers being penalized for refusing to work compulsory overtime. Factories themselves can be dangerous — such as 2013’s Rana Plaza disaster, where at least 1,132 workers were killed when a factory in Bangladesh collapsed. Sometimes, the violence comes from the state. In 2014, three garment workers were killed by the Cambodian military police in the midst of a strike for higher wages.

Wuxly is a far cry from fast-fashion, which has helped make the entire fashion industry the most-polluting business on the planet. According to a recent study, the fashion industry produces 10 percent of humanity’s carbon emissions and is the second-largest consumer in the world. Even though fashion purchases have increased 60 percent since 2000, roughly 85 percent of textiles (enough to fill Sydney Harbor) are thrown away annually. 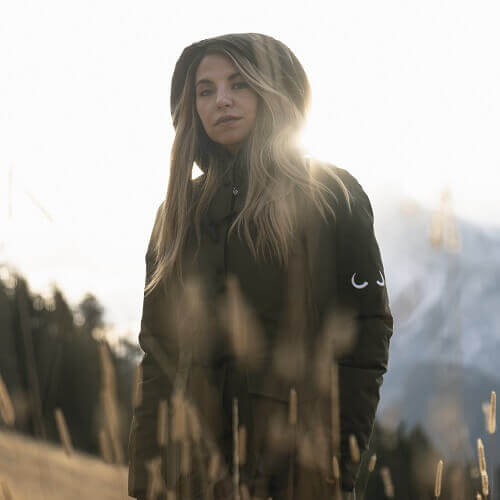 Why Being Made in Canada Matters

Founded by James Yurichuk and tailor Anthony DeBartolo, Canadian brand Wuxly has a passion for making a minimal impact. Everything from designing to manufacturing is done in Canada.

“It’s extremely important to us. Many outerwear brands manufacturer overseas and that is just not sustainable or ethical for our planet and people. When brands opt for overseas production they are supporting a negative fashion cycle and losing ethical manufacturing standards,” Yurichuk tells LIVEKINDLY.

Made-in-Canada brands are rare to come by these days — even for the iconic Canadian parka. But, Wuxly aims to revive an industry by giving jobs to Canadians and putting parka manufacturing back into Canadian hands. It works closely with three facilities in Toronto, Winnipeg, and Calgary to ensure the highest quality standards for its cruelty-free outerwear.

While Wuxly parkas come with a higher price tag compared to a fast-fashion winter jacket, it is to ensure the highest-quality coat possible. Another benefit is that consumers have transparency around not only who is making their garment, but also how the workers are treated. Wuxly’s manufacturers pay workers fair Canadian wages, which helps support both local people and the economy.

“By manufacturing locally we ensure we are supporting our Canadian market and Canadian people by creating jobs and ensuring the high standards in labour practices. This way people, planet and animals are respected,” Yurichuk continues.

Wuxly garments are also all designed, pattern drafted, and fitted at the brand’s Toronto studio by designer Monika Jacobi. Marketing, design, and logistics are handled by a dedicated team of 15 Canadian employees, all creative experts in their respective fields. Everything is produced in limited-quality stocks so at the end of the season, Wuxly can perfect its outerwear based on customer feedback.

Unlike fast-fashion coats, Wuxly’s parkas are built to last for years — and each coat comes with a five-year warranty.

As well as stepping up for the Canadian economy, Wuxly steps up for the animals. Instead of down feathers, its signature parkas are filled with military-grade PrimaLoft Gold, high-tech insulation made from 55 percent recycled plastic. It’s warm, too — the jackets are able to hold 98 percent of its heat even when wet. They outperform down feathers, too, which despite their association with warmth, retain no heat in the same weather conditions. And unlike down feathers, which are plucked from live geese, PrimaLoft Gold is cruelty-free.

The eco-conscious lining is made from recycled nylon and the waterproof Vegan-Tech Shell lining keeps you warm even in the rain, sleet, and snow. It features six outer pockets plus an insulated inner pocket for keeping your cell phone safe. Storm cuffs keep the cold air out of your sleeves. No matter what the weather, Wuxly parkas are designed to keep you warm and dry, about to withstand frigid -30C temperatures.

Is There Shark In Your Moisturizer? The Truth About Squalane.