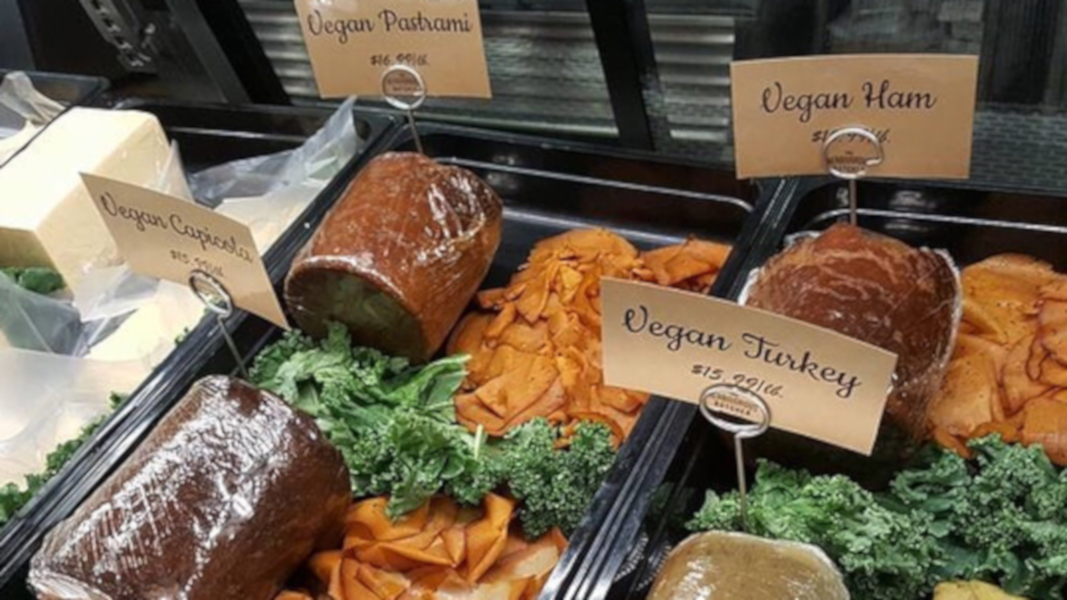 Canadian butcher chain Meridian Farm Market now offers the vegan Beyond Burger made by California-based food company Beyond Meat at several of its locations throughout British Columbia. The shops customers are increasingly interested in sustainable plant-based options, according to CEO and president Josh Penner.

“We’re just about selling great food and it’s not just that we sell products that are appealing to taste, but also appealing to people’s values and we have customers telling us the things that they want and we’re always listening,” said Penner.

Have you tried the plant based beyond burger yet?? A&W now carries these on their menu and so do we! They are gluten and soy free too!! #beyondburger #plantbased #burger #glutenfree #soyfree #meridianfarmmarket #local #freshisbest #healthylifestyle #healthychoices #mapleridge #missionbc #northvan #northvancouver #tsawwassen #portcoquitlam #coquitlam #langley #southsurrey #whiterock #delta #abbotsford @beyondmeat

It’s not the first time Meridian Farm Market has sold vegan meat, but Penner believes that the Beyond Burger, which he calls “shockingly similar” to a beef patty, appeals to meat-eaters. “It makes it open and available to a new audience that maybe wasn’t as interested in vegan or vegetarian options before,” he said.

Penner also thinks it’s “entirely possible” that the meat industry could change in the future as the demand for vegan food grows and new options that rival the real thing come to market. “I think we’re going to see a lot more opportunity and offerings available for consumers,” Penner said.

The burger has been immensely popular in Canada since launching in A&W restaurants last July, prompting nationwide shortages. In order to fuel the rising demand for plant-based protein, the Canadian government invested $153 million last October in the nonprofit Protein Industries Canada. The funding will be used to open processing plants for beans and peas – the key ingredient in the Beyond Burger.