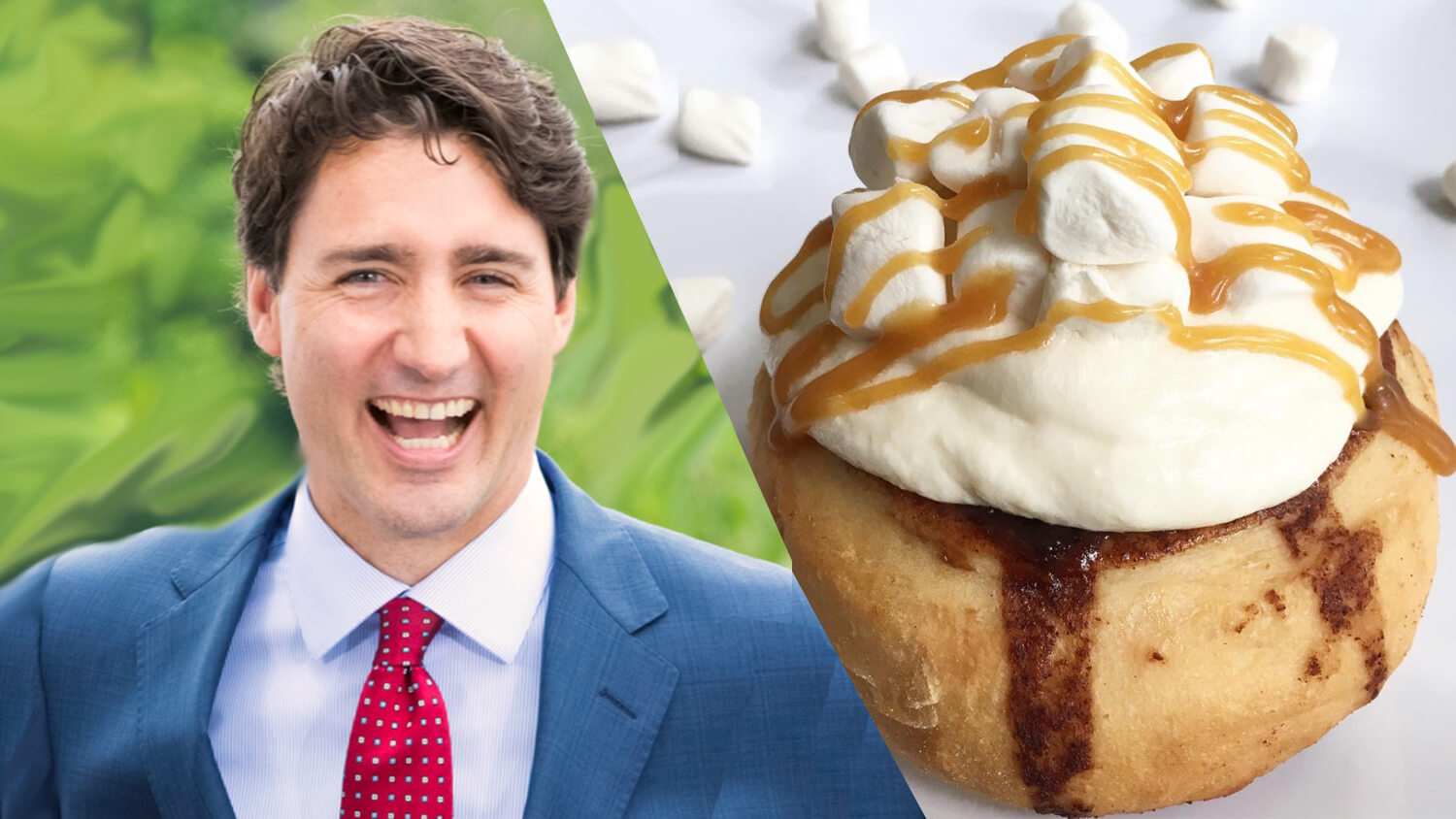 Earlier today, award-winning vegan bakery chain Cinnaholic took to Instagram to share a small photoset of Trudeau with a huge grin on his face. Franchise co-founder Florian Radke told LIVEKINDLY that Trudeau had vegan cinnamon rolls catered for him and his staff from Cinnaholic’s first Winnipeg location, which is set to open later this week. “Special delivery for Canadian Prime Minister Justin Trudeau today! ? ?,” wrote the chain.

Fans of the brand were enthused to see the prime minister, though the company didn’t provide a peek at his order. “Canada knows what’s up,” wrote user aprilanarchy. “Cinnaholic is taking over the world! Love it!!” Another commenter kept it simple with a pun: “Mr. Truedough.”

Founded in 2010, Cinnaholic is a vegan bakery that specializes in cinnamon buns that customers can customize with a variety of toppings including cookie crumbles, cookie dough, chocolate chips and sauce, brownies, fresh fruit, and icing. The chain first earned national attention when founders Shannon Michelle Radke and Florian Radke appeared on the TV series “Shark Tank,” where entrepreneurs pitch their business to a team of investors. The appearance earned them a $200,000 investment to grow the business.

Since then, Cinnaholic has been expanding quickly across the U.S. and Canada. Earlier this year, the Atlanta-based bakery announced that it would open 136 new locations, increasing its franchise footprint by nearly 80 percent.

Colin and Menchie Finlay, the franchisees behind Winnipeg’s first Cinnaholic, say that they are thrilled to be part of the team. They eventually plan to open at least two more stores around the city. A total of four Canadian stores are expected to open this year, according to an announcement made last April.

Cinnaholic’s first Winnipeg location is set to open on September 14. Signature vegan custom cinnamon rolls will be on promotion for $1 each between 10am and 2pm in order to promote the opening.