A Canadian company created its very own version of the now-famous vegan “bleeding” Beyond Burgers made by Beyond Meat.

Vegeat launched its first plant-based products — pea protein-based “bleeding” burgers and mince — across Quebec. In the future, it hopes that consumers outside of the province will be able to get their hands on Vegeat.

The brand has signed an exclusive deal with Sobeys, the second-largest food retailer in Canada. Its products will be sold in its stores — including IGA, Rachelle-Béry, Tradition, and Bonichoix — across Quebec and New Brunswick.

“I’m really proud,” said Vegeat’s founder François Cardinal to Montreal Gazette. “Our products are prepared in Quebec. We’ve been working on the taste and texture, and now people are starting to know we’re here. The objective is to bring innovation, and we will be able to launch all our products across the Sobeys network. I’m really happy about the partnership.” 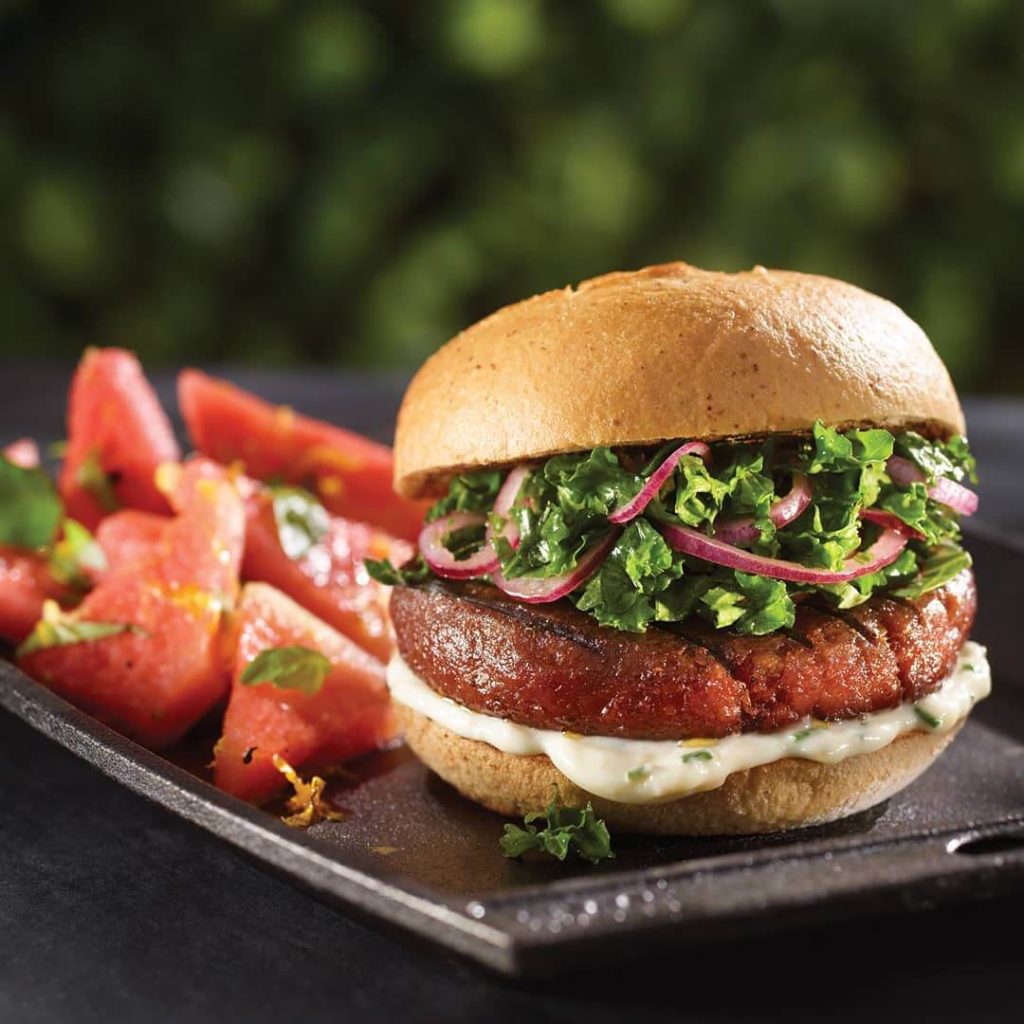 According to Ethan Brown, the founder of Los Angeles-based Beyond Meat, 93 percent of consumers buying the Beyond Burger are meat-eaters. Likewise, Vegeat’s target audience isn’t vegans or vegetarians. Cardinal himself identifies as a flexitarian. Because of this, Vegeat’s burgers and mince products look, cook, taste, and are even packaged like their beef counterparts.

Beyond Meat experienced huge success in the states and around the world; its products are now available in more than 35,000 locations in around 20 countries.

In May, it held one of the most successful IPOs of the year. Since then, it partnered with major fast-food chain Subway to create the Beyond Meatball Marinara sub, which will be available in select stores across the U.S. later this year.

Cardinal hopes that Vegeat — which aims to focus on creating plant-based sausages next — will also experience international success, but for now, it’s focusing its efforts on catering within the region.

“I see us as a really good local player. We’re going to go step by step,” he said. “I just want to make sure the execution follows, at each stage. We have a national plan, but for the moment it’s important to solidify what we have before looking at other markets.”