A new set of proposed healthy-eating guidelines that may impact sales of milk and cheese in Canada has the nation’s dairy farmers concerned.

Health Canada, the nation’s department of public health, entered a consultation in February for front-of-package labeling, reported The Western Producer. Part of the proposed guidelines includes“placing new warning labels on the front of products sold in Canada for foods that are high in saturated fats, sugars, and sodium.”

The new set of guidelines has sounded the alarm for the Canadian dairy industry. While it will not affect labeling for cow’s milk – cheese, flavored milk, and yogurt products will all come with a warning if the proposal passes. 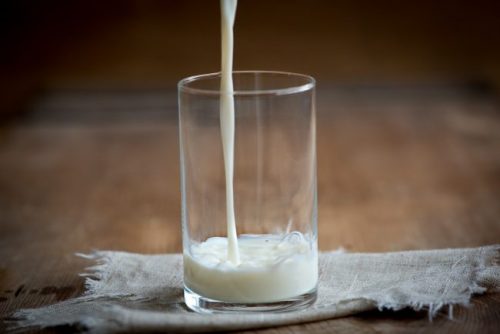 “Our concern is that many Canadians would actually put that product back down if they see a warning label on it. So it would impact our markets domestically,” said David Wiens, chair of Dairy Farmers of Manitoba during a group meeting. Wiens also reportedly heard that the dairy warning labels could negatively impact the Canadian dairy industry by as much as $800 million.“It’s intuitively wrong where you would have nutrient dense foods that Canadians rely on for (their) healthy eating strategy, would now come with warning labels,” said Weins.

According to the Eat Well Plate created for Canada’s Food Guide, milk and dairy products should represent a small part of a healthy diet. The government goes so far as to recommend using plant-based alternatives to dairy rather than the traditional products.

Some outside voices are also concerned about the proposal. Dr. Andrew Samis, a general surgeon and critical care specialist at Quinte Health Care at Belleville General Hospital in Ontario, is worried that this might mean he will end up recommending products with warning labels on them to his patients. Studies have shown that products like cheese, which would be affected by the labeling, can be as dangerous as smoking. Another study showed that eating yogurt does not improve one’s health.

The Dairy Farmers of Canada (DFC) have also been pushing back against the pending legislation. However, according to Wiens, research that was completed by the DFC and partly funded by the federal government was dismissed by Health Canda on the grounds of being biased.

The proposed guidelines are part of the department’s Healthy Eating Strategy, which provides resources and current legislation regarding healthier food choices. The consultation period for the guidelines will be open to the public until April 26.