Canadians are consuming less meat than what is recommended by the country’s Food Guide, according to recent data from Statistics Canada on behalf of the Canadian Meat Council.

Although Chris White, President of the Canadian Meat Council states that “Canadians are consuming red and prepared meat well within Canada’s Food Guide recommendations,” the data shows that they are actually eating less.

White continued, “Many might be surprised to know that meat consumption in Canada is similar to that found in Mediterranean countries, places where diets are widely recognized as being amongst the healthiest worldwide.” A Mediterranean diet, which is popular in countries like Italy, Greece, and Malta, is known for containing less meat and an emphasis on whole, unprocessed foods and healthy fats.

According to the data, an individual living in Canada consumes an average of 41 grams of cooked meat per day (about half the size of the palm of your hand) and about 28 grams of prepared/processed red meat per day (roundly two slices of deli meat). According to the same statistics, a “significant amount” of Canadian women consume even less meat and “alternatives.”

Additional data from an Ipsos poll paid for by the Canadian Meat Council shows that 72 percent of respondents eat three or fewer servings of meat per week. This is well below the serving size listed by the Canada Food Guide, which recommends an average serving of 75 grams of “meat or alternatives” per day.

According to Mary Ann Binnie, a nutrition expert for the Canadian Meat Council, “Canadians understand that meat is nutrient dense and plays a key role in balanced diets and even has benefits when added to diets that are largely plant-based by helping the body absorb nutrients, like iron and zinc.” 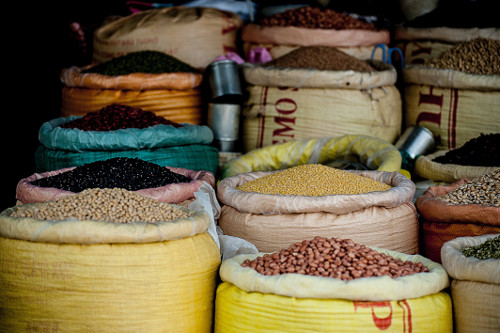 However, several studies show that a plant-based diet is one of the healthiest ways one can eat and may be the key to preventing or reducing symptoms of many chronic diseases. While the study attempts to link the fact that Canadian women are consuming less than the recommended intake of meat to a“risk of inadequate intakes of iron, zinc, and vitamin B12,” many health experts and organizations support the fact that one can obtain all necessary nutrition from a carefully-planned plant-based diet.

While the Canadian Meat Council’s paid study focuses on meat consumption, the official Canada Food Guide does not list meat as a category, but rather “Meat or Alternatives.” In the blurb on what to eat to meet the recommended daily intake, it qualifies the consumption of meat with “If you eat meat,” implying that it is not necessary, and recommends a wide variety of plant-based proteins, such as “split peas, chickpeas, kidney beans, black beans, lentils or tofu in place of meat.”