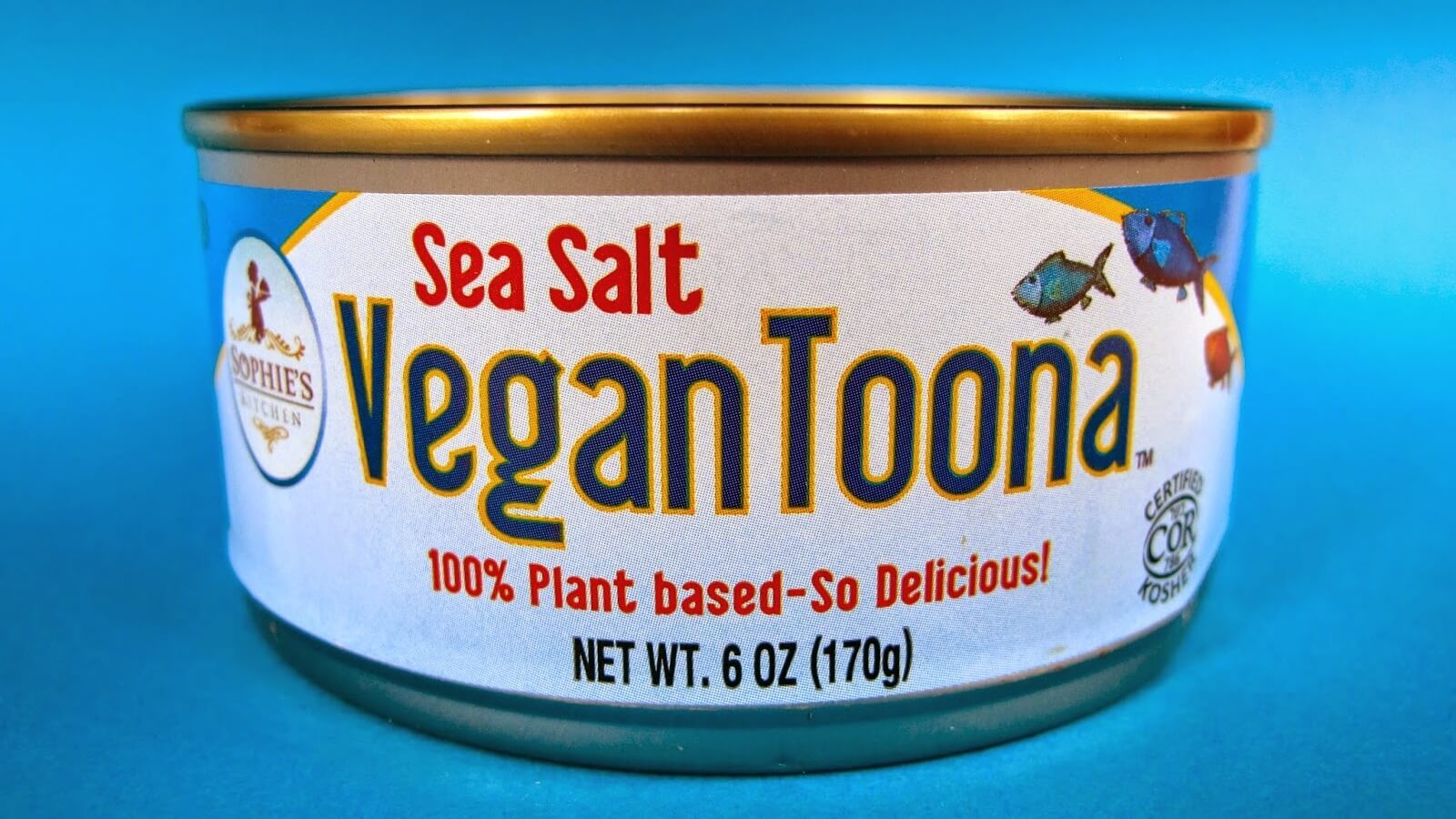 Vegan business coach and Forbes contributor Katrina Fox wrote that Sophie’s Kitchen experienced a 72 percent increase in sales of its Vegan Toona, a canned plant-based tuna made from the konjac root, between the first quarter of 2017 to the first quarter of 2018. While the company makes a wide range of vegan seafood products, including smoked salmon, scallops, fillets, crab cakes, and more, it recently decided to focus its efforts on plant-based canned tuna due to being unable to keep up with frozen product demand.

Does selling vegan products next to ‘the real thing’ work?

Sophie’s Kitchen founder Eugene Wang credits the spike in sales to having its vegan toona, which comes in Sea Salt and Black Pepper varieties, placed next to real canned tuna on supermarket shelves. “Some stores cross-merchandise the cans in the vegan, plant-based, refrigerated section next to vegan mayonnaise too,” he said. “It gives the consumer the idea that these Toonas can be used just like real tuna.”

The success of Sophie’s Kitchen vegan tuna when pitted against the real thing is indicative of a trend in the plant-based food space. Notably, California-based vegan meat brand Beyond Meat was the first brand to sell plant-based protein next to real meat when it launched the vegan Beyond Burger in Whole Foods. The marketing strategy proved to be highly successful and the company reports that 70 percent of Beyond Burger’s customers are meat-eaters. Other brands, such as Dutch food company Naturli’ Foods, have followed Beyond Meat’s lead.

In addition to placing a stronger emphasis on building the presence of Sophie’s Kitchen canned vegan tuna, Wang has been working on product development with two universities in Asia. He also hopes for the company to gain recognition for being a “clean-label brand,” a growing consumer trend.

“Unlike some meat alternatives, we only use real food ingredients,” he said. “Nothing is lab-grown because we believe that nature provides all the components for great food. The most influential thing about the clean-label movement is the fact that it forced us, as manufacturers, to take a more responsible and transparent approach to the ingredients we use. As retailers and consumers are educated, we move toward positive change. It’s a win-win for everyone.”

Sophie’s Kitchen products can be found in grocery stores throughout the U.S., such as Whole Foods, Sprouts, and independent retailers.