Cardiff’s best burger restaurant is 100 percent meat-free. The Anna-Loka Vegan Cafe is the number one place in Cardiff to grab a burger, according to TripAdvisor.

Anna-Loka is Cardiff’s first all-vegan cafe, according to its website. The company was founded by Adam El Tagoury — a Hare Krishna monk — in 2015. He opened the cafe because he wanted to create “a place where vegans can go and choose anything they fancy off the menu.”

“A place where not only vegans, but all food lovers, can come and experience delicious vegan food in a relaxed and friendly environment,” the website says.

According to the restaurant, Anna means food, health, or earth in Sanskrit; while Loka means world or planet. Anna-Loka offers “an eclectic, authentic, HEALTHY experience that facilitates principled, conscious choices but doesn’t compromise on quality or taste.”

The best-selling Ultimate Burger is made from beetroot, cashew, and red lentils, and is served with onion rings and a side of either triple cooked chips or sweet potato fries. Also on the menu is the Anna-Loka Rodeo, a seitan-based patty complete with BBQ sauce, and the Mendoan, a Purwokerto-style battered tempeh burger. 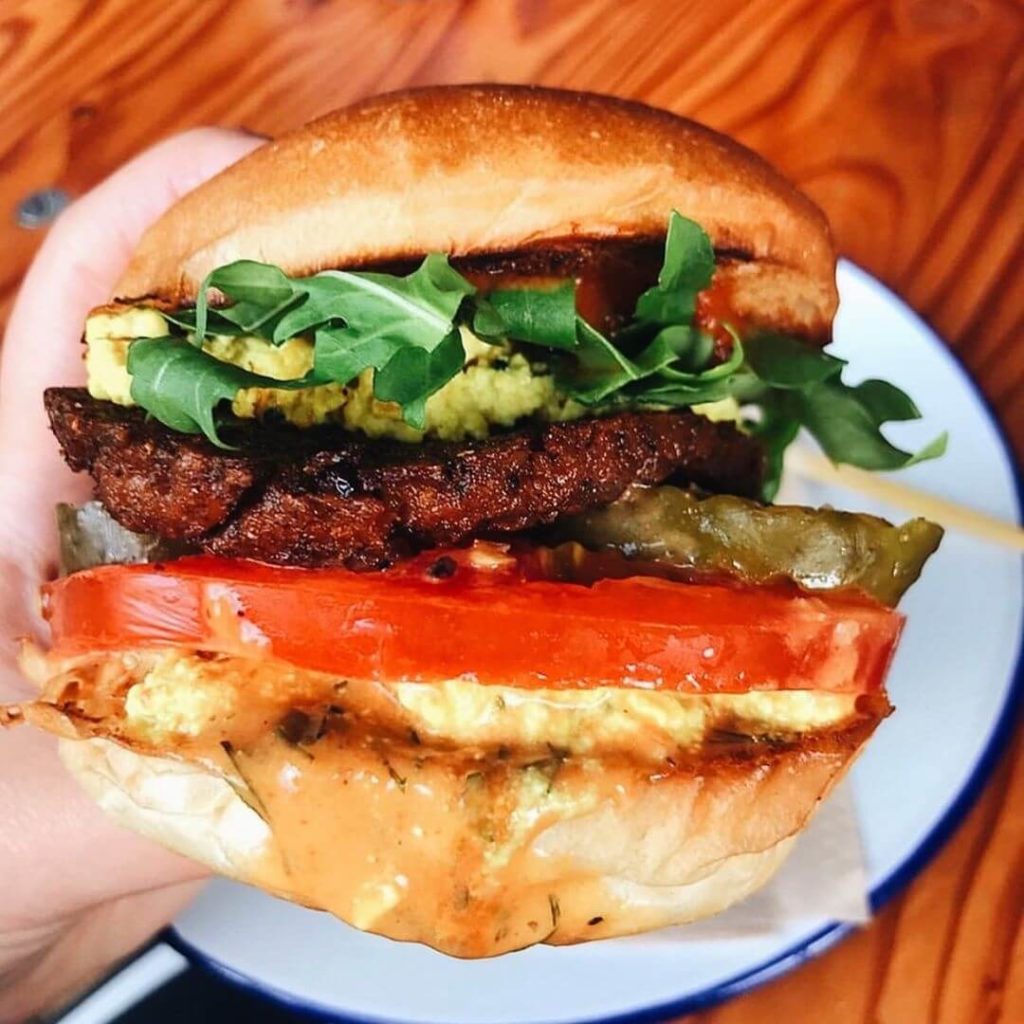 UK residents are increasingly moving toward plant-based food for health, environmental, and ethical reasons. According to market research, 91 percent of Brits have adopted a flexitarian diet, a term coined for those who are actively reducing their consumption of meat.

Matt Rogerson — the owner of Kind Earth — spoke to ITV News about his new supermarket. “I’ve been so excited to open Kind Earth, and grateful to the council for the start-up grant and belief which helped pursue my dream,” he told ITV.

Earlier this year, a pub in North Wales rebranded and turned 100 percent vegan in response to overwhelming popular demand. The Phoenix Bistro changed its strategy because plant-based food was “what people wanted.”