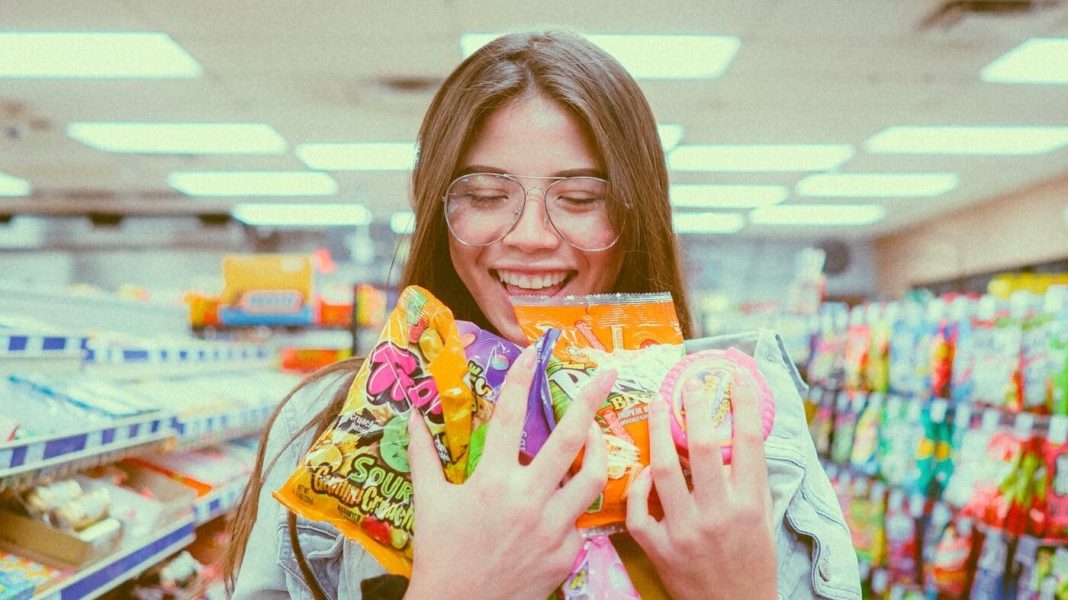 Despite qualifying as a solicitor only a few months ago, 24-year-old Birmingham-based Mavi decided to switch paths towards the end of last year, launching her own gelatin-free sweet shop.

According to the business owner, she was initially inspired to start Yumintum after struggling to find sweets for her vegan partner on their anniversary. “Marks & Spencer do some gelatine-free sweets like the Percy Pigs but there is very little else,” Mavi told the Express and Star. “I knew I had to try doing something myself.”

Mavi was a vegetarian at the time, but after learning more about the movement, switched to vegan before opening the shop. Now, she offers a number of different plant-based sweets – such as bubble bottles, unicorn twists, fruit pops, and even Turkish delight – made from fruit-based pectin, instead of animal bone-derived gelatin.

?ANNOUCEMENT? We are so pleased to announce our Veganuary gift to you…100% biodegradable pouches containing our Vegan Sweet Mix with over 13 sweet varieties…all for £2.99! Get yours now! We are thrilled to be working towards our goals of #zerowaste in addition to our already #crueltyfree products. #Sustainability is key. #Sweets are key too? #yumintumsweets #vegans #sweet #birmingham #vegansofig #veganfood #whatveganseat #whatvegansdo #whatveganslooklike #whatveganscook #igdaily #photography #entrepreneur #foodporn #portraitphotography #veganworld #yummy #veganbodybuilding #love #vegan #london #vegansofldn #accidentlyvegan #ukvegan #veganchocolate

According to the former law student, her new career path isn’t so different from the one she initially had planned, because she still feels that she’s helping to create a positive difference in the world.

“People were surprised that I gave up my job as a solicitor to concentrate on the business full-time because I had worked hard to get to where I am,” she explained.

“But I’m very passionate about I am doing and I didn’t feel I could give both my full attention,” she added. “Fighting for justice is what law is all about but I feel I am now fighting for justice for animals and for the environment.”

Mavi supplies her sweets to pubs and theatres across the Midlands, but it is thanks to Instagram that her business has really started to take off. One customer contacted her through the social media site to ask for Yumintum wedding favors, a request which Mavi fulfilled. Since then, she’s been asked to do even more weddings.

“Veganism is becoming more popular,” she noted. “I think it’s an awareness of where our food comes from, what happens before it gets to our plate. There is more awareness of the environment and climate change and the impact it’s having.”

“We are just caretakers of [the] Earth, we don’t own it,” she added. “The world is not for us it’s for further generations and we need to look after it.”