A press release from the global food giant says the new products “are part of Cargill’s inclusive approach to the future of protein.”

She added: “We’ve combined our deep knowledge of plant proteins with our expertise in R&D, product development and production to deliver products consumers will love.”

Cargill has invested seven billion dollars globally in animal protein over the last five years. The company has also made “strategic investments in the alternative protein space.”

The corporation has invested $100 million in Puris—a major pea protein producer and supplier to vegan brand Beyond Meat. 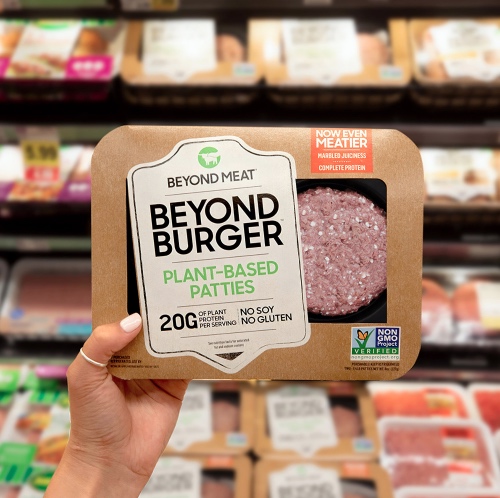 The vegan meat market is growing. This year, U.S. vegan meat sales are predicted to hit $1 billion for the first time ever. According to nonprofit the Good Food Institute (GFI), flexitarians, or meat-reducers, are driving demand.

Caroline Bushnell, associate director of corporate engagement at GFI, recently told USA Today, “2019 was a big year for plant-based meat. It really feels like the tipping point, but it’s just the beginning. We’re in the early days of a major shift.”

A study from last year revealed that 80 percent of Americans want to swap meat for vegan food. Market intelligence company Numerator surveyed 450,000 shoppers; 80 percent intended to replace at least some, or all, meat with plant-based alternatives. It labeled “health and curiosity” as driving factors.

The company said that consumers “love the taste, perceived healthiness, and the fact that these products don’t involve harming animals and are better for the environment.” It added, “most significantly, three out of four triers believe plant-based meat alternatives are healthier than real meat.”