Carl’s Jr. has launched vegan burgers in Europe. All 17 locations of the fast-food joint in Spain will now offer the vegan Moving Mountains burger.

The chain already offers vegan Beyond Burgers in 21 locations in Canada and in its more than 1,100 restaurants across the United States. Just like in the North American locations, Carl’s Jr. in Spain will offer the Moving Mountains patty as a plant-based alternative to its signature Famous Star cheeseburger.

Made with a blend of pea protein, wheat protein, and mushrooms, the Moving Mountains vegan “bleeding” burger offers B12 and 15 grams of protein. Carl’s Jr. serves the burger with cheese, although customers can order it without.

“We are very proud to partner with a fast-food chain as prolific and forward-thinking as Carls Jr,” said Moving Mountains founder Simeon Van Der Molen in a statement. “Integrating a burger that is not only plant-based but also healthy, into a fast-food establishment is a significant step and is a real taste of what’s to come for the future of food.” 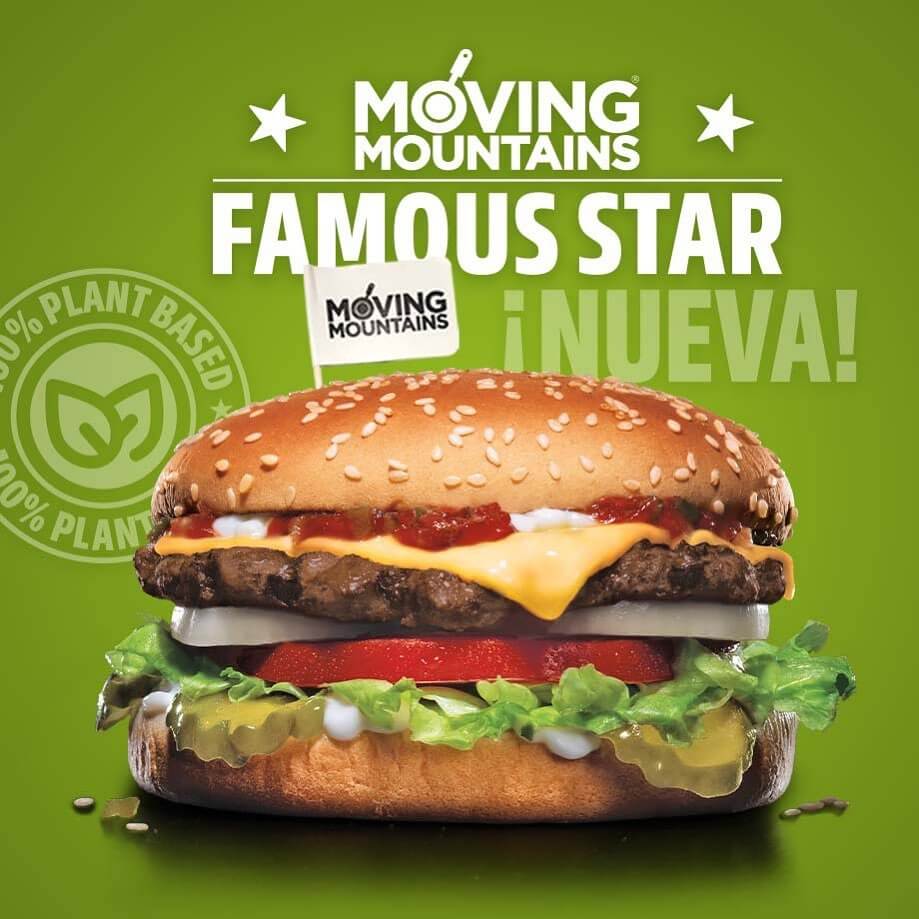 The Moving Mountains burger is also available in a number of locations across the UK, including 413 Marston’s pubs and 200 schools, hospitals, and universities.

Like its rivals Beyond Meat, Moving Mountains wants to cater to meat-eaters, and not just vegans and vegetarians.

“Our mission is to make truly inspiring flexitarian dining available to everyone using the latest food technology,” Van Der Molen continued. “With the Moving Mountains Famous Star Burger, consumers now have more innovative and high-quality plant-based options than ever before to satisfy meat cravings when eating out, without ever compromising on taste.”

Across Europe, consumers are becoming more aware of the health, environmental, and ethical impacts of consuming animal products. There are now at least 75 million vegans and vegetarians across the continent and meat consumption has dropped considerably.