Carrefour will stop selling kangaroo meat in its Belgian stores.

A spokesperson for the supermarket chain told Het Niewsblad that kangaroo meat is “tender, lean meat, and objectively delicious.”

They added, “however, it was no longer justifiable in terms of environmental impact.”

Belgium is reportedly the largest importer of kangaroo meat in the world.

In the last few months, Australia’s bushfires have dominated headlines, and many have expressed their sadness at the number of animals lost in the blazes. The total–which includes kangaroos and koalas–currently stands at an estimated one billion.

Belgian animal rights organization Global Action in the Interest of Animals (GAIA)–which started a “Save the Kangaroo” campaign in 2019–convinced Carrefour to ditch kangaroo meat. The organization is now asking Makro, Match, and Cora supermarkets to do the same.

“The current forest fires make our hearts bleed,” said GAIA director Ann De Greef in a statement. “Despite everything, they continue to hunt kangaroos in Australia. The past few days, we have done everything we can to convince the remaining supermarkets to stop selling kangaroo meat.” 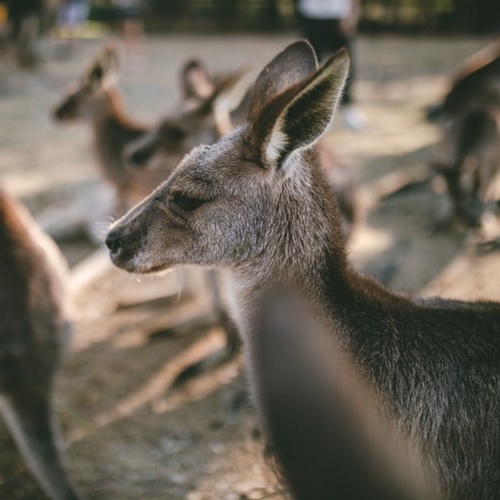 Belgium is reportedly the largest importer of kangaroo meat in the world.

In the UK, supermarket chain Iceland stopped selling kangaroo meat in 2018 for animal welfare reasons. The company used to sell an Exotic Meat Feast, branded after the British reality TV show “I’m A Celebrity…Get Me Out of Here!” In the popular series, celebrities take part in challenges in the Australian bush, some of which involve eating the country’s native animals.

Juliet Gellatly–the founder of the animal rights group Viva!–said at the time, “we are delighted [with Iceland’s decision]. What was being promoted as a little bit of fun hid the brutal reality that the kangaroo trade drives the largest massacre of land-based wild animals in the world today.”

GAIA has asked Belgium’s Federal Minister of the Economy Nathalie Muylle to ban the import of kangaroo meat into Belgium, at least temporarily.