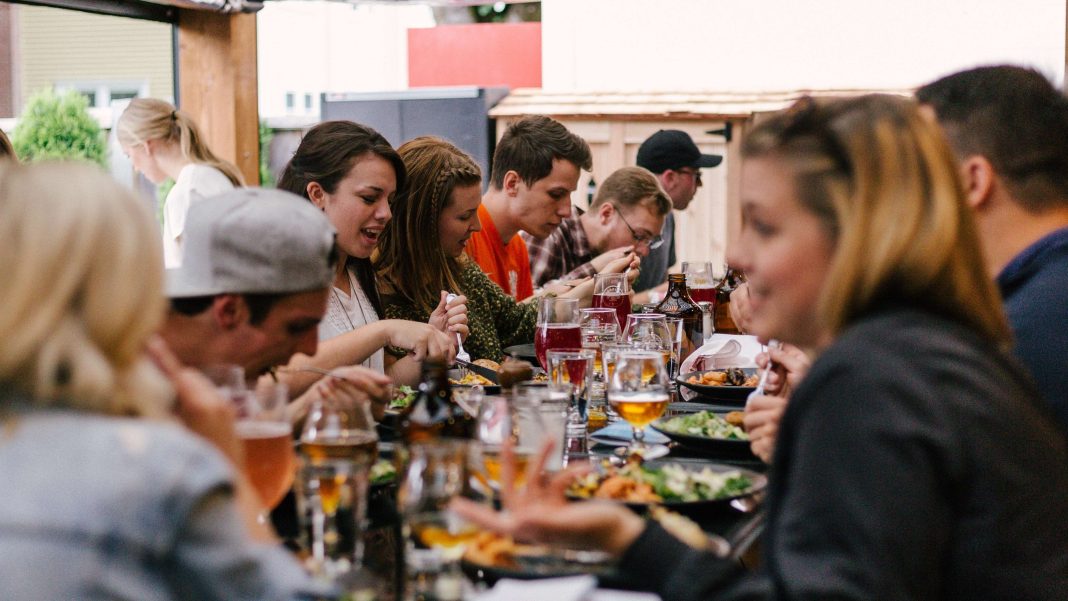 The Carringbush Hotel now has a new lease on life, having been relaunched as a vegetarian and vegan pub and restaurant.

The Melbourne establishment, which relaunched in January, was built in 1869 and was formerly known as the Friendly Societies Hotel. It was renamed the Carringbush Hotel in 1984.

The team behind the relaunch originally worked together at one of Melbourne’s music institutions, The Old Bar. However, for their new venture they wanted to focus the on sustainability and environmental impact of the business.

The menu is completely vegetarian with a number of vegan options including the Sweet Potato Steak, Chilli Non Carne, and Maple Glazed Teriyaki Tofu. The Bar also offer 21 beers on tap, all of which are vegan, as well as wine on tap from local urban winery, Noisy Ritual.

Our bar snack menu is live! All these are 100% vegan and made inhouse. We will be running a limited menu from Friday at 5pm then full menu from 11am Monday.

Owner Liam Matthews told 27 Magazine, “We are working hard to be a pub that enjoys the benefit of delicious food and drink, without costing the earth.”

He explained “[o]ur food and drink range has been carefully selected to meet a high-quality standard, that also works to support small and independent local business whilst minimising our global footprint.”

National arts and culture website The Brag reported that, as well as the meat-free menu and wine on tap, the bar also has “no packaged beer, eco-friendly reusable metal straws, ethical plates, [and] environmentally friendly lighting and heating.”

The Carringbush Hotel isn’t the only business to go vegan in Melbourne — last year supermarket butcher James Persson switched his job in favour of leading “Vegan for a Day” tours alongside vegan chef Ginger Scott.

“It’s about opening your mind up to not eating five animals when you’ve got these 10,000 plants you can eat as well,” Persson told the Sydney Morning Herald.

The tours, which are not only designed to help people discover vegan eateries, but also where to drink and buy vegan-friendly gifts and clothes, last approximately 6 hours. Scott said of the tours It’s six hours of education, but in a nice friendly way,” adding, “[i]t’s not like we’ll be militant.”

The Carringbush Hotel is open seven days a week, from 11am with daily lunch and drink specials.